Microsoft and Rare have dated the Xbox One’s inaugural first-party Kinect title. Rare’s Kinect Sport Rivals will be coming in the first days of spring.

The follow up to the pair of Kinect Sports entries on Xbox 360 was at one time expected to accompany the launch of Microsoft’s latest console. It was bumped of the November 22 launch date back in July 2013.

Players will choose one of three teams with which to partner: Viper Network, Eagle Legion, or Wolf Clan. You can check out a new trailer to see each of the duos espouse their leadership prowess while bowling, playing tennis, and shooting water guns. You can read more in our preview from Gamescom 2013. 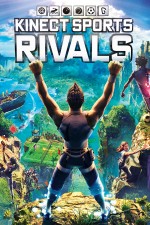