Tucked away in a quiet nook at PAX last night (if you believe such a thing to exist), I had the pleasure of meeting with the minds behind the quirky Kerbal Space Program. When I settled in to speak with lead developer Felipe Falanghe and Chad Jenkins, another developer on the project, I didn't quite know what to expect. What unfolded was a surprising story of a game that only exists because of an employer's faith in its staff.

For those who haven't played Kerbal Space Program (KSP), it's a cute but complex space program simulator. Players can create aircraft and rockets by snapping together different pieces like building blocks, launch their creations, land on moons and distant planets, and build space stations. It's a complete sandbox, with an overwhelming number of parts to support even the most bizarre creations.

The title, which is currently available via Steam's early access program, comes from Squad. You probably haven't heard of the company, because it isn't a traditional developer. It's an interactive marketing agency based in Mexico City. They make game-like advertisements, but have never gone all-in on something that is just for enjoyment.

Falanghe studied game design in college, and after working at Squad, he had the itch to put his skills to greater use. "I told my bosses I wanted to make games," Falanghe said, "I was surprised when they told me to bring them a project. When I did, they funded it." Many other employers would have laughed him off. Squad saw the potential and gave Falanghe freedom and a small team.

The title, now in its .21 version, has an interesting development arc. "We always design each update as if it were going to be the last," Falanghe said. At each evaluation point, he was concerned that Squad would pull the plug, so he wanted to make sure that users had as complete a product as possible.

For that reason, the KSP team doesn't consider their game to be in alpha or beta. Instead, each update goes through an alpha and beta cycle before being released. The game is designed to be living and evolving, and the .22 update is evidence of significant growth and maturity.

The upcoming content will provide an entry point for new players. As the game has evolved, the part library has grown significantly. "People who have been playing since the beginning know what all the parts do, but it's harder for a new player," Falanghe said.

The new update will add a career mode and a research and development tree. As players conduct scientific experiments in space, they'll earn points to unlock new parts. This won't inhibit the sandbox nature, as objectives will still be player imposed. Instead it will help alleviate the "analysis paralysis" that comes when players are faced with too many choices early on.

The .22 update will also introduce sub-assembly into the sandbox. Players will be able to build and save components of ships (rocket boosters, cockpits, etc.) that can then be loaded up and duplicated. They also can be moved between the vertical and horizontal assembly spaces. I was shown a video of a spaceplane created in the horizontal hanger and then moved to the rocket design space. It can then be launched into space for detachment and orbit.

Kerbal Space Program is described by its creators as a traditional tycoon game, but it is much more. It's the confluence of ambition, smart iterative design, and an employer willing to take a chance on an employee's dream. You can download it now via Steam or the official website for $22.99. 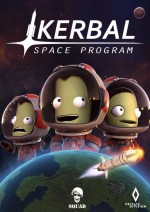