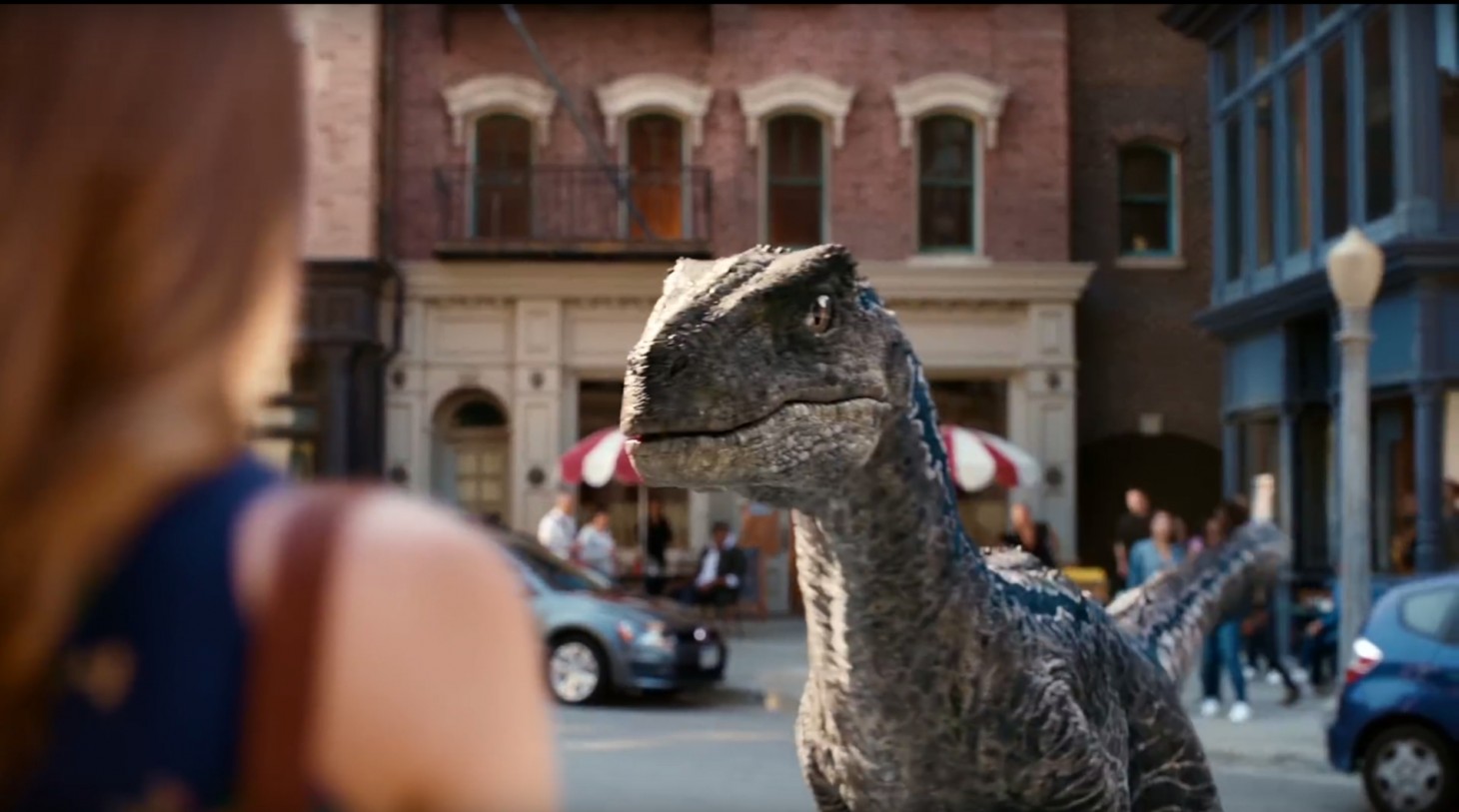 The trailers for the forthcoming film Jurassic World: Fallen Kingdom hint that dinosaurs are no longer contained in the park and are on the loose in your neighborhoods and houses. Ludia's latest video game, Jurassic World Alive, echoes this premise, as it invites players out into the real world to use their mobile device's GPS to track down dinosaurs on the run. Yes, this game has a lot in common with Pokémon Go, but it also builds on the concepts introduced in Ludia's other mobile Jurassic Park and Jurassic World games.

I'm a big fan of Pokémon Go (with a level 36 character), and am finding Jurassic World Alive to be every bit as enjoyable in its opening moments. Tracking down new dinosaurs is a good time, and battling dinosaurs is a strategic affair, but I do worry about mid- to late-game progression, which appears to be tied to numerous types of in-game currency. The opening hour of play, however, is hassle free. When you boot up the game, you see yourself standing on a map. Ludia uses Google Maps to give players a precise world to explore, right down to building and road placements. Much like Pokémon Go's gyms and stops, Jurassic World Alive players will find destinations on the map called supply drops. You'll need to physically walk over to these spots to be able to collect the drop, which contains coins, cash, and darts.

You'll also see various dinosaurs wandering wandering the wilds. You won't see many of them in any particular area. The most I've seen is three in one clickable space, and it's a much wider space than Go. You can click on a dinosaur that is a few blocks away and still engage with it. When you perform this action, you don't capture or battle it. You instead launch a drone into the sky, and are tasked to shoot darts at the dinosaur to retrieve some of its DNA. This action is handled through a timed minigame, which demands precision. You are trying to hit the center of a circle on the dinosaur. The better your aim, the more DNA is extracted. If you miss, the dart will either deflect off of the dinosaur or fall to the street. Again, darts are finite. I haven't run out of them in these early stages of play, but I wonder what would happen if I went for a five-mile walk and captured everything along the way. This minigame is fun, but it takes way too much time to load. From what I can tell, the game is more stable than Go, but it is much slower in its gameplay and interface.

When collect enough DNA from one dinosaur, you can recreate it in the lab and add it to your collection, of which there appears to be 100 different types of track down. If you keep farming the same type of dinosaur, you can level it up. I did this with my stegosaurus, which is now level two. I'll need to collect 150 more DNA samples to evolve it again. Evolving a dinosaur requires gold. The first level for a common stegosaurus cost me five gold. This next level will cost me 10 more. The dinosaurs are nicely detailed and animated, allowing the user to click on them to watch them roar or swing their tails. Just collecting the beasts is an engaging affair, but their true purpose in this game is battling against other players' dinosaurs. When you collect four different types of beats, you can enter the Proving Grounds to learn how to battle against A.I.-controlled dinos. These fights are turn-based, pushing players to use different attacks and strategies to take down their opponents. Each dinosaur has a set amount of health (based on its level), as well as a variety of attributes for strength, speed, armor, damage, and critical chance. The strategies vary widely between each dinosaur type. My stegosaurus can deal 1.5x damage with its "thagomizer" attack, which also lowers my target's speed by 50 percent for three turns. My einiosaurus can stun opponents, and my velociraptor deals twice as much damage. While only one of your dinosaurs can be on the battlefield at once, you can swap it out at any time to change up your strategies. Again, only four dinosaurs can enter the fray.

Graduating from the Proving Grounds reveals the Fallen Kingdom, the area where you can battle other players and take on other missions. Matchmaking seems to work well, with opponents being found quickly and at the same level. The battles are quite intense, most coming down to one dino left on either side. There's definitely some guess work involved as to what your opponent may do, but using stuns and special attacks at the right times can turn the tide of war in your favor, allowing you to coast to victory in the final moments. Winning rewards you with coins and incubators that take time to open. Incubators hold a random number of darts, dino DNA, and the various forms of currency. You can wait a few minutes or hours to open one, or exchange the in-game cash to unseal it immediately.

I'm going to stick with Jurassic World Alive for a while. It isn't replacing Pokémon Go for me, but I can't say no to collecting dinosaurs, especially when it's handled this well. I'm still in the fact-finding stages, and have plenty of questions I need answered. How evil the in-game currency ends up being is a big one. I also want to know if specific dinosaurs are spawning in specific regions or if they are just randomly spawning all over the place. What can I say, I'm a sucker for these types of games, and can't wait to see what Niantic is planning with Harry Potter: Wizards Unite. 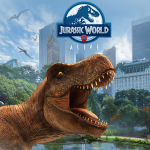