Injustice: Gods Among Us is coming in April, and there are two different collector's editions versions of the game for you to choose from.

April 16 is when Injustice will be available for Xbox 360, PlayStation 3, and Wii U, and in the image above you can see the Collector's Edition of the game. This version will include the statue of Batman and Wonder Woman having a heated argument, a special edition version of the Injustice: Gods Among Us comic book, a download code for the animated film Justice League: Doom, and three skins for Batman, Superman, and Wonder Woman based on the DC's New 52 comics. This bundles will set you back $99.99, and will be available everywhere.

The Battle Edition, which you can see below, will be $149.99 and will include the three skins for Batman, Superman, and Wonder Woman, as well as a arcade fighting stick with art from the game. This version will only be available at GameStop and EB Games.

I've reached out just to double check, but it appears that theses editions of the game will only be available for PlayStation 3 and Xbox 360. If you want to play the game on Wii U, you'll have to stick to the plain old regular edition.

[Update: This is correct. The Collector's Edition and Battle Editions will only be available for the Xbox 360 and PlayStation 3 versions of the game.]

If you simply can't wait until April to jump into the world of Injustice, starting today you can pick up the digital version comic book prequel to the game that sets up the context for why DC super heroes want to beat each other up. The comic will add new chapters every week starting this week. You can head over to ReadDCEntertainment.com to get on that train. 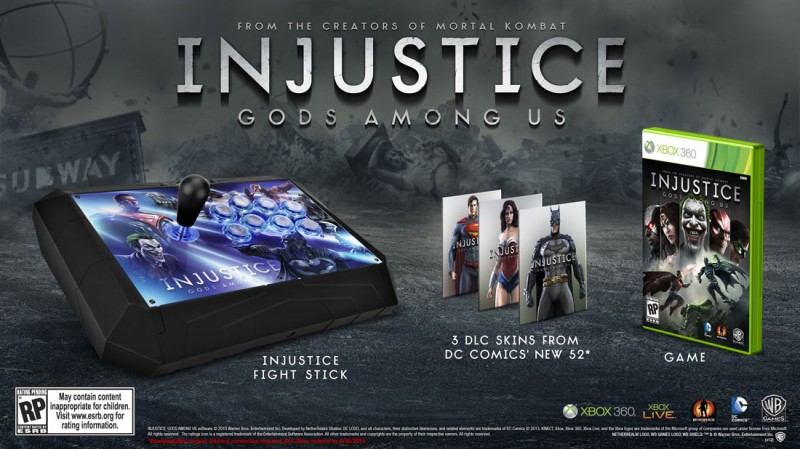 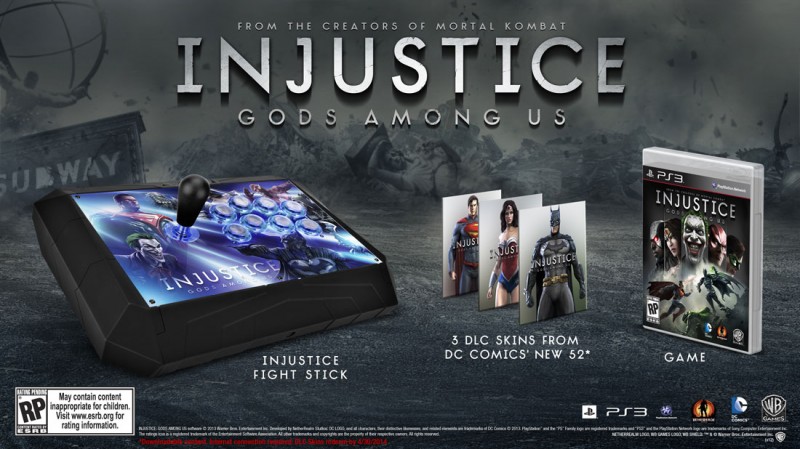