Green Lantern Fights A Particular Kind of Injustice In Gods Among Us
by Matthew Kato on Apr 10, 2013 at 04:53 AM 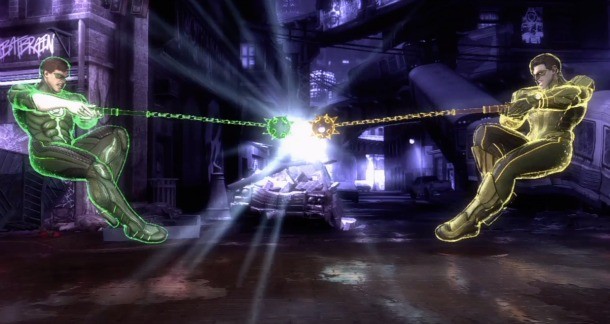 Injustice: Gods of Among Us is a fighter in the grand tradition of NetherRealm Studio's past work (Mortal Kombat), and the matchup for the latest trailer for the game features Green Lantern going face-to-face with himself.

Hal Jordan squares off against a yellow doppelganger of himself, with both bringing some impressive ring effects to the fight.

For more on the game, you can also take a look at this trailer featuring Black Adam. Furthermore, Reiner has rendered his impressions of the title's addictive free iOS game featuring unlocks in the console game and vice versa.