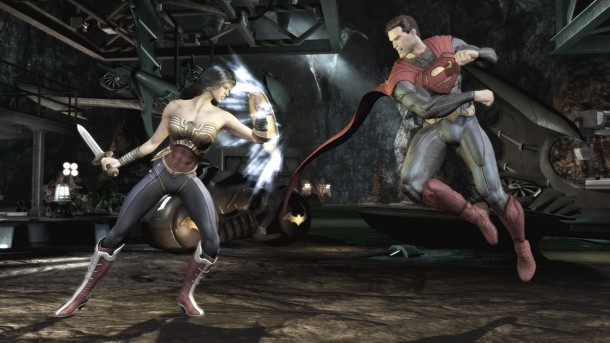 At Comic Con, Warner Bros. and NetherRealm Studios unveiled two new roster additions for Injustice: Gods Among Us. The team has also provided some exclusive screens to Game Informer for our month of covering E3's hottest games. Above, you can see Superman taking on Wonder Woman as she utilizes one of her changeable stances. Below, you can see Solomon Grundy preparing to introduce Flash to one of the Batcave's environmental attacks. 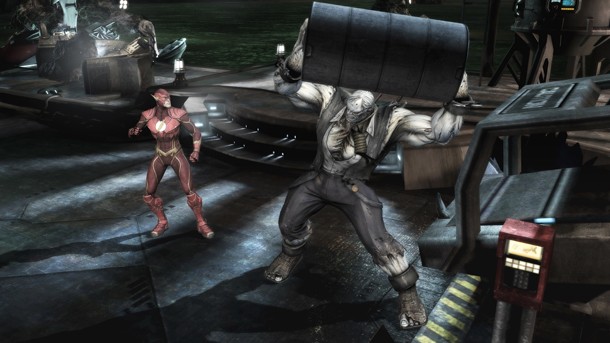 Check below for an extended gallery that showcases the newly-announced Cyborg and Nightwing.