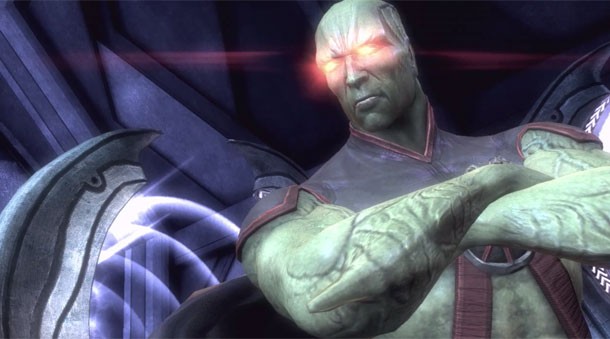 Martian Manhunter, the alien from another planet with the power of flight and super strength who isn't Superman, is available to download today on Xbox 360 and PlayStation 3.

Mr. Manhunter may not be the most recognizable member of the Justice League, but he is among the strongest of its members. To learn more about him, you can check out the handy trailer below, which details his history. You can also check out this trailer, which shows more gameplay of Martian Manhunter.

You can grab him right now for 400 Microsoft Points on Xbox 360, and a little bit later today for $4.99 on the PlayStation Network.

For more on Injustice: Gods Among Us, make sure to check out our review.