Indie studio Tendershoot has just announced its latest project, which is an eerily uncanny recreation of what browsing the web was like in the '90s. In Hypnospace Outlaw, players log on to the virtual network and customize their in-game PCs with wallpapers, screen savers, and software. Along the way, they'll be charged with enforcing rules like copyright theft and page vandalism.

Take a look at the announcement trailer below to see a glimpse of what the game looks like. The studio says if you're thinking "Geocities: The Game," you're on the right track.

Hypnospace Outlaw is coming to PC, Mac, and Linux later this year. 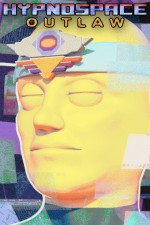