As the deluge of Bethesda content pushed live this morning indicates, the creative powerhouse recently held an event to showcase a handful of upcoming games. Among them was one I’ve been eyeing down for some time, the dark fantasy action title Hunted: The Demon’s Forge. Despite the obvious effort going into the game, it seems to be approaching release with surprising stealth, which made me even more eager to get my hands on it.

Amidst the hubbub of the event, I had a brief chance to chat with David Clayman, associate brand manager for Hunted: The Demon’s Forge. In our time we discussed what makes Hunted a genuine cooperative experience, and touched on an intriguing new game mechanic.

“The important part about Hunted is that it was conceived as co-op from the very beginning,” began Clayman, “so it isn’t co-op in that you are only playing with someone to defeat a difficult enemy. Every part of the game was created with co-op in mind. Caddoc and E'lara both have their strengths and they play to each other. And there is the co-op at a distance where you can throw revival vials, and the magic system can get very intense. It isn’t just an offensive weapon. You can choose to buff your partner and use mana to help your partner out.”

Clayman went on to describe one such scenario, where both characters would buff each other, resulting in a mutual battle charge. When performed on the battlefield, the pair creates a tripwire of death that will kill everything between them as they gain ground. This is considered a particularly advance co-op move.

“All of the skills were designed with co-op in mind,” Clayman continued. “Caddoc has this one skill where he will lift enemies up on the air and he will drop them, and it will do damage. But what he is really doing is lifting them up as targets for E’lara. E’lara has a freeze arrow she can advance, and it’s great because you can shoot the freeze arrow and it will do damage. But what she is really doing is giving Caddoc a chance to close the gap and charge enemies, because he is better at dashing in at close range. There isn’t anything you can’t do alone, but if you want to be very successful, you need to work with your partner.”

Clayman also dropped a new detail about a substance called Sleg, which was described as liquid mercury that makes you near invincible. Sleg has been used in the world of Hunted to deform enemies and enslave innocents, but both Caddoc and E’lara can use it to augment their abilities in difficult sections of the game. Clayman posed a question – will you truly work with your partner to best difficult scenarios, or will you take the easy way out? Evidently yielding to Sleg’s siren call will have far reaching consequences in the game.

In addition to speaking to Clayman, I was provided a chance to get my hands on Hunted in an hour long play session, partnered up with a fellow member of the press. Neither of us had extensive time with the title before then, however, and our novice experience was evident immediately. I personally found the controls quite unintuitive, particularly when swapping between the three assorted weapons and spells unique to each character.

While the two of us began to adapt after twenty or so minutes, without the proper time to master each character’s moves (we swapped protagonists just as each were getting the hang of our hero) neither of us had the opportunity to engage in meaningful cooperative play. It was easy enough to revive each other from a distance when downed by a tough boss, but the aforementioned and impressive sounding spells eluded us for the time being. Hopefully my next hands on session will be significantly longer, and provide a true feel for the cooperative nature of the game. The session was also an opportunity to debut a tightly veiled and promising feature – the Crucible dungeon creation system. Intended to add longevity to the game, Crucible allows players to design their own combat arenas by establishing the parameters of play. The creator is provided with a grid, each square representing a unique room with unique rules. The path through the grid is decided by the designer. The more twists and turns, the longer the gauntlet will run. The more straightforward the path is, the quicker the arena experience will draw to a close.

Customization options will increase alongside campaign progression, unlocking new environments, enemies, and the like. The creator is able to choose the type of foe (including subsequent attack styles) that will spawn, and how many enemies will unleash per wave.

They can also choose to place limitations on individual rooms, such as time constraints or banning the use of magic. Conversely, the designer can give players the advantage by adding a clause for unlimited arrows or doubling damage done. Pickups can also be determined by the player, as can weapon loadouts. The vast amount of variables ensures that each experience will be fresh and truly test your grit, as the ability to adapt room to room will be necessary.

When finished, the designer can name and save their arena and upload it online to share with friends. If that particular individual isn’t much for details, they can choose to randomize each room, creating a fresh experience each time with next to no effort. We assume the most dangerous dungeons are going to be carefully crafted by individuals who know the most perilous enemy combinations and toughest constraints to place on players. inXile has also created their own array of dungeons that will be available to play at launch.

Just as with the campaign, Crucible can be played cooperatively via split-screen or online. Unfortunately, Crucible is a contained experience and doesn't contribute to character progression in the campaign. That being said, gold from the campaign will aid in unlocking new content in the Crucible, so there is a bit of crossover. Check out Crucible in action below.

While the play session fell a bit flat, I’m still reserving judgment on Hunted till I get my hands on it again, this time with a proper learning curve for combat and spell casting. Look for more impressions leading up to Hunted’s June 1 release. 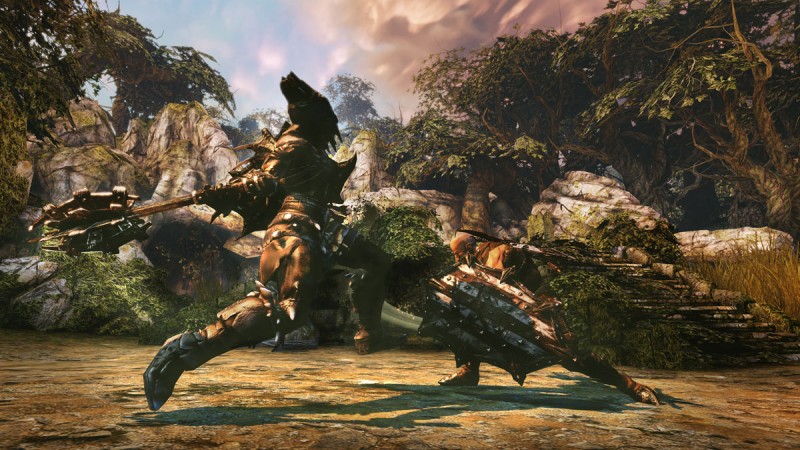 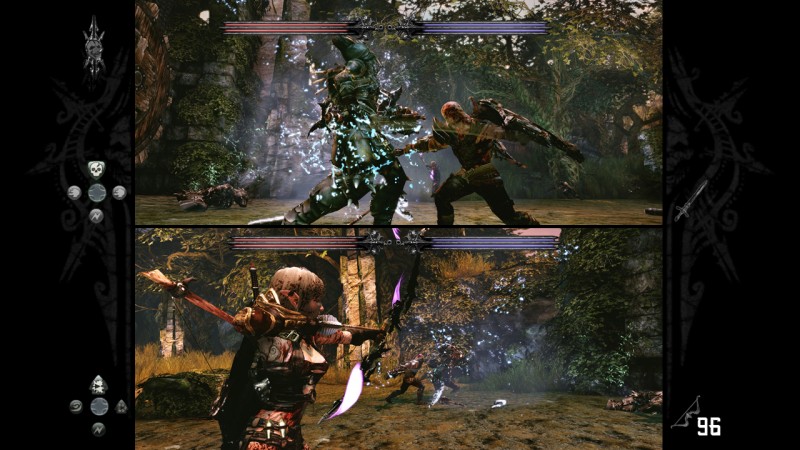 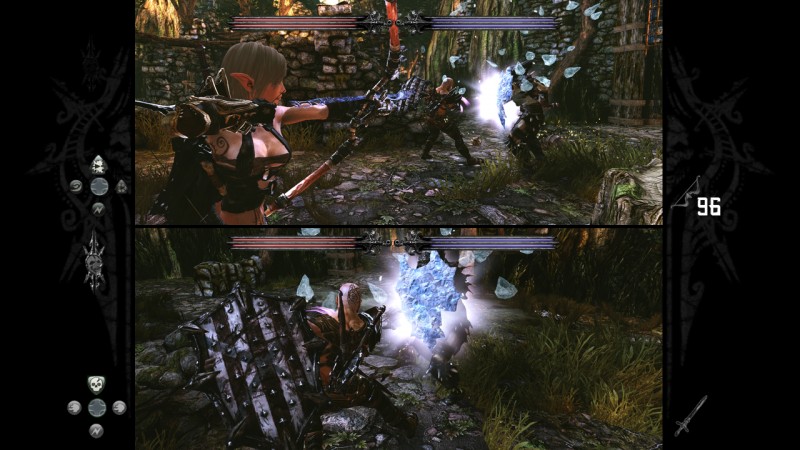 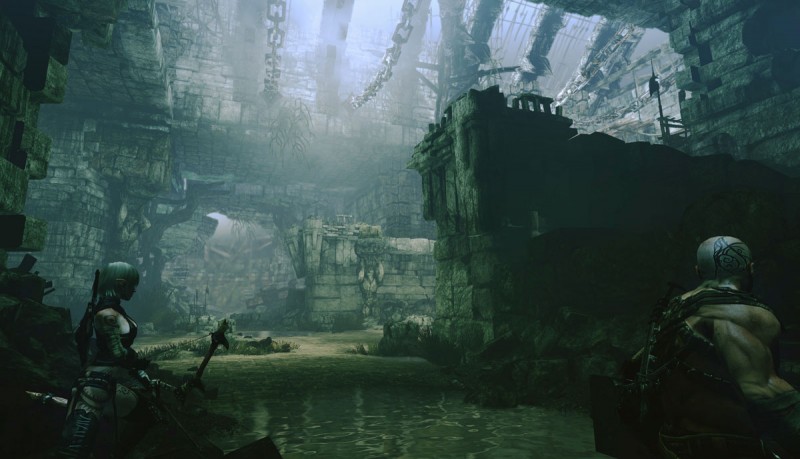 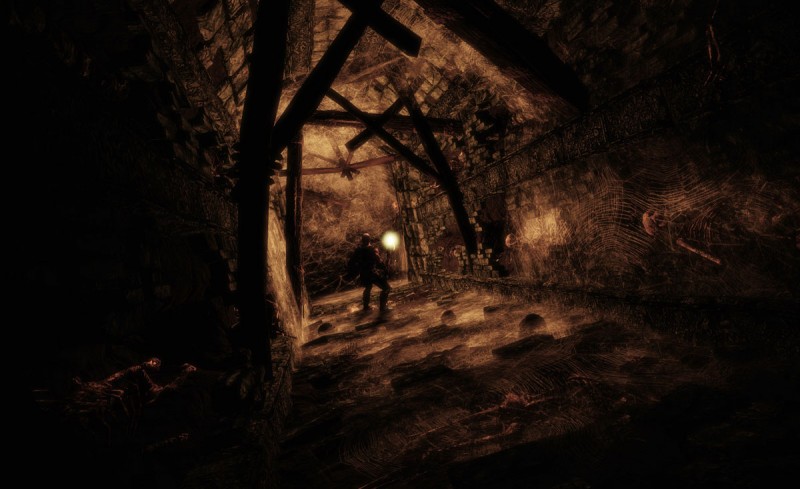 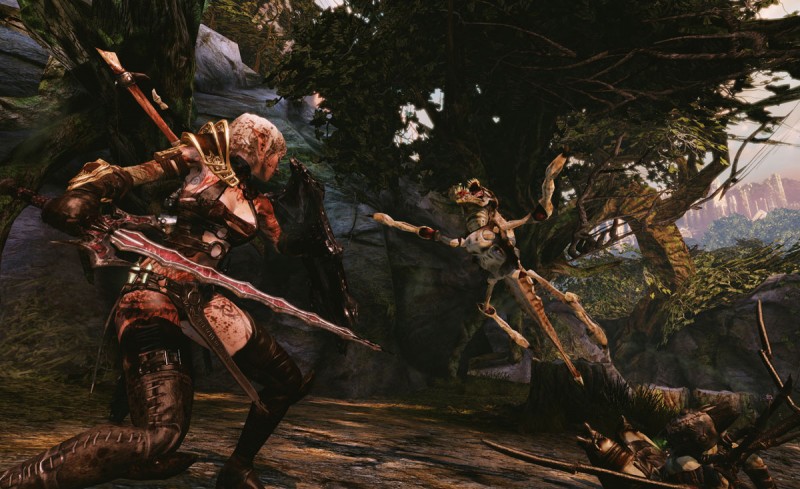 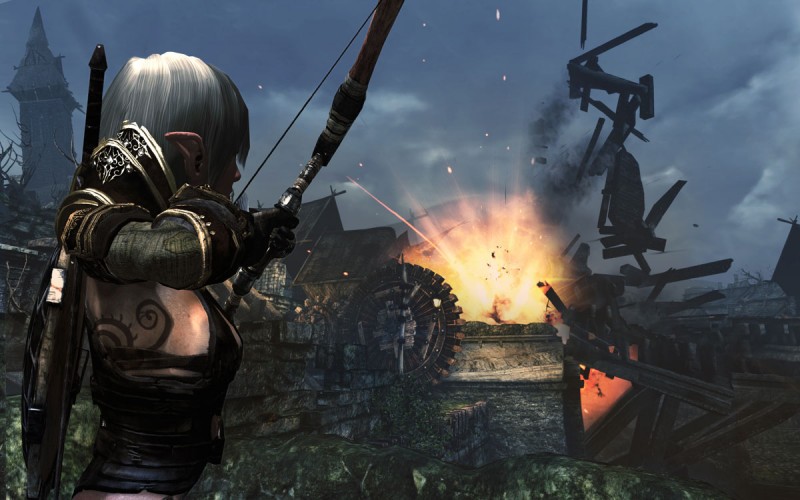 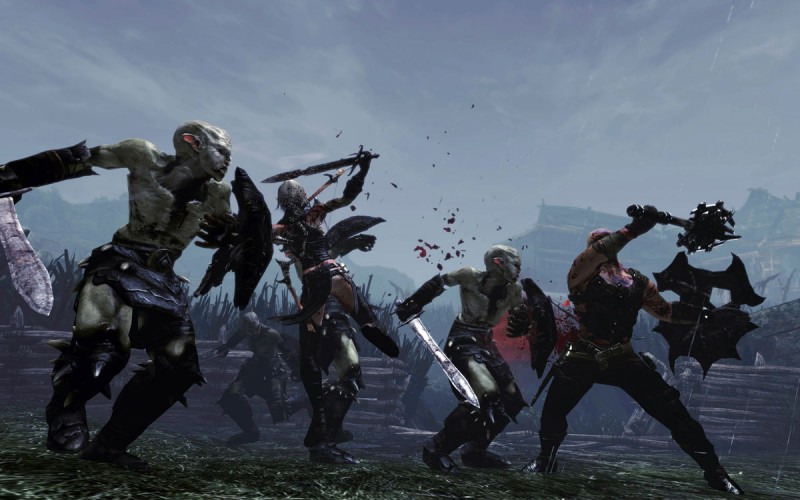