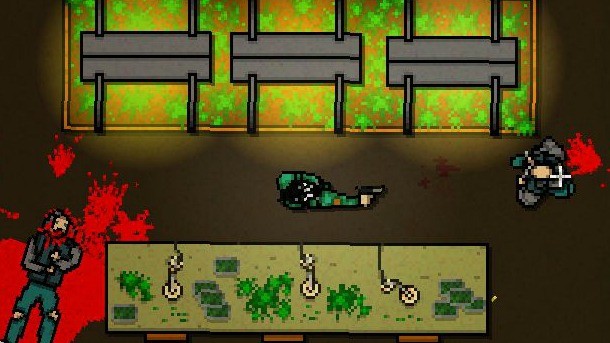 Developer Dennaton Games games has a released a new track form Hotline Miami 2: Wrong Number, which you can listen to online.

This particular track comes from Magic Sword and is titled "The Way Home." You can listen to it here on Magic Sword's Soundcloud page.

Another musician from the Hotline Miami 2 is unveiled - read about @MagicSwordMusic's contributions! http://t.co/shGibGamsx

One of the original Hotline Miami's best features was its soundtrack. Ben Reeves said of the game's music, "The off-kilter digital synth does a phenomenal job of setting the mood for the eerie tone." We're excited to hear the sequel's soundtrack.

Related to the soundtrack, Devolver Digital is teaming up with iam8bit to deliver a three-disc vinyl set of Hotline Miami 2: Wrong Number's soundtrack, which you can learn more about here.

For our review of the original Hotline Miami, head here.