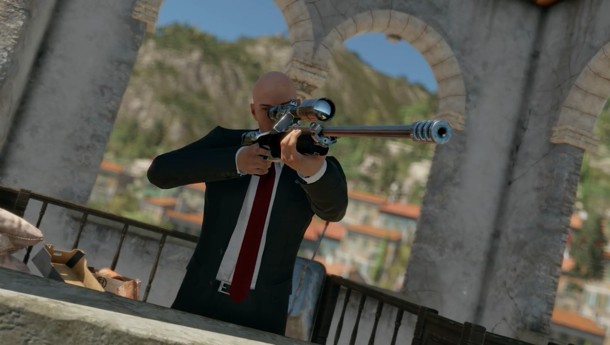 Good recon is invaluable to any assassin, and Hitman's new trailer gives you a look at the upcoming episodic game's locations and more.

This trailer not only gives you a look at the first episode's Paris and prologue locations, but also a peak at Sapienza (Italy) and Marrakesh (Morocco). The former releases in April and the latter in May.

Hitman is an episodic title, with the first one hitting on March 11 (PlayStation 4, Xbox One, and PC). Publisher Square Enix promises to follow that up with seven episodes and other content throughout the year. A boxed version of the episodes will come out at the end of 2016.

For more on the game, check out our impressions of the game's opening missions and listen to the developers talk about its stealth mechanics.