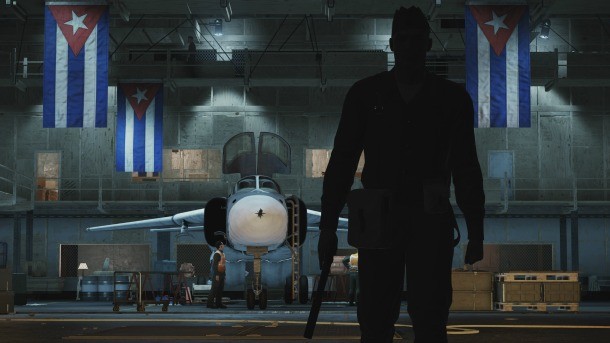 The Hitman series has seen some drastic changes over the years. Agent 47 took a long hiatus after the release of Blood Money, only to reappear with Absolution in 2012. Absolution reworked the Hitman formula quite a bit, but some of those changes were disappointing to longtime fans. A few of its open levels rivaled previous Hitman games in terms of size and NPC counts, but roughly half of Absolution’s levels were designed to be more linear, including several “escape” sequences that didn’t even have targets to kill. Despite Absolution's problems, though, it introduced a much better control scheme and other improvements to things like hiding bodies and using disguises.

After spending three days playing the closed beta for the upcoming Hitman, I was both intrigued and apprehensive. The beta only included two missions, but the structure that surrounds those missions has the makings of a uniquely great Hitman game. It feels like the technical advancements of Absolution but more focused on the freedom that past Hitman titles gave you. That managed to get me thinking about the future of the full version, and what it could do to make it the ideal combination of old and new.

What was fascinating about the old Hitman formula was the way that it successfully hybridized stealth and puzzle gameplay. The first four games demanded an incredible level of thought, detail, and precision in order to pull off the perfect hit, and it was always satisfying when you did. Still, that formula came with its own caveats; some missions would degrade into bouts of trial and error, since you didn't have enough information to make a reasonable decision about all the obstacles in front of you.

My experience with this new Hitman showed me that it’s possible to take the best parts of the series and make them work together. Based on what I've played, the self-sufficiency and intelligence that early Hitman games required of you are more prominent in this game. Missions have gone back to the open style of freeform assassination, with a single large area, a well-guarded target and plenty of creative ways to take their life. The controls have kept the fluidity of Absolution, and disguises actually work without worrying about random variables (most of the time).

The new Hitman seems to strip away the recurring trial-and-error issues of the first few entries while also ridding itself of Absolution’s linear sections. There are still a few obtrusive things, like the UI layout and the fact that the x-ray "Instinct" vision makes a return (you're still able to turn it off). But if the final game can capitalize on its good features by offering players the option to choose their weapons and paths through every assassination without pigeonholing them, it may cement itself as the best Hitman title in a long time.

Perhaps the biggest change to the new Hitman is the addition of "live components." The game is always online, which provides the opportunity to hunt elusive targets across the world in real-time, but you only get one chance. This is, as IO Interactive says, "the closest thing to the Hitman fantasy." However, the game's pricing and release schedule is still confusing, what with the repeated changes that it’s gone through up until now.

Hitman will now be released in episodes, with new content coming every month after the release of the first episode on March 11. Those who pay $60 up front for the "full experience" will get every future update at no cost, but the first episode (and presumably the others) will be available for purchase on their own. There will also be a complete release on disc at some point later this year.

The upcoming Hitman has a lot of potential; it just needs to show it to the world. I would definitely like to see the Hitman franchise come back to the front of the industry in a revitalized state. But more importantly, I'd like to have a solid reason to be interested in Hitman again.