Find out all about the newly announced Halo Anniversary maps, 3D functionality, and an upcoming Reach update.

Fans attending PAX can also head over to Halo Fest, a huge celebration of the franchise going on all weekend. We went to a press preview event to see what Microsoft planned to show off to fans.

The one Firefight map in the game is fully playable. It's called Installation 04 and is inspired the second level, called "Halo," from the first game. We defended the Forerunner spire from endless Covenant dropships along an idyllic cliffside. One new feature of this map is that NPC ally characters, the ODSTs, join Firefight for the first time to help take down enemies. This is especially made for players who want to dip into Firefight when none of their friends are online.

In addition to trying out the previously announced Beaver Creek and Damnation maps in competitive multiplayer, we also got to try out the just revealed Timberland and Prisoner maps. All of the revisited maps in Halo Anniversary have a classic layout that ties closely to the original version and an updated layout that adds in some fresh elements.

Formerly a PC exclusive map, Timberland contains several bases set in the woods. The new version, titled Ridgeline, is 20 percent smaller to keep the battle more compact. The new look was inspired by New York's Central Park, with a natural green area and a city backdrop. Even though it's a little smaller, it still has plenty of vehicles and works well for Big Team Battle 8v8 gameplay.

Prisoner's updated counterpart is called Solitary, and the map has been reimagined as an actual prison floating hundreds of feet in the sky. You can see through some of the flooring to view the snowy mountain peaks far below. Windows are on the sides as well, so you can see other floating prisons like yours dotting the skyline. Solitary is a vertically oriented map so the fact that you can use Reach's jetpacks to get around changes things up significantly.

Since Halo Anniversary uses the Halo: Reach multiplayer infrastructure, fans of both games will benefit from the upcoming Reach update in mid-September. The original Halo 1 magnum will return in certain classic modes, and several fan-requested fixes are also on the way. For example, only plasma swords can block plasma swords now and active camo's duration has been lessened.

Finally, those of you who have a 3D TV can play the entire single-player campaign with the added dimension. However, the 3D effect only works on the new updated graphics mode. If you swap to the classic look by hitting the back button, it auto-toggles to 2D. The night jungle area we saw showcased the effect well, with foliage reaching out to you and glowing Covenant plasma flying at the screen.

Those are the big announcements so far. Halo Anniversary still has a ways to go before its November 15 release, but it's feeling plenty finished. Two more unannounced maps are on the way that could be pulled from Halo 1 or 2 (including the PC versions), so stay tuned for the news and hopefully other surprises in the coming months. 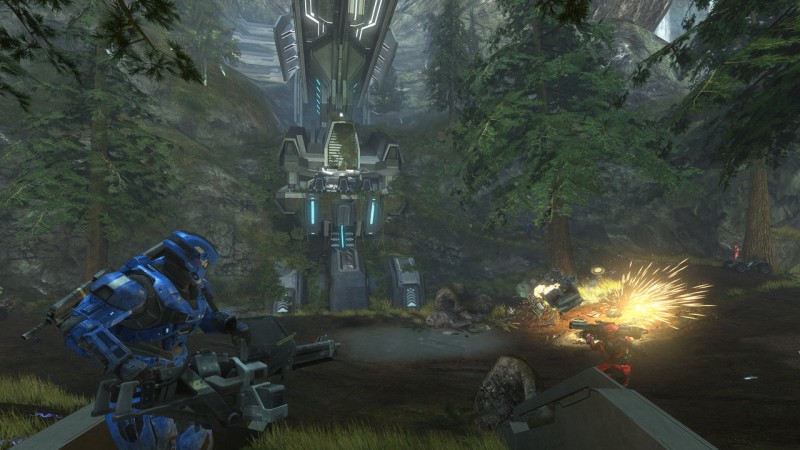 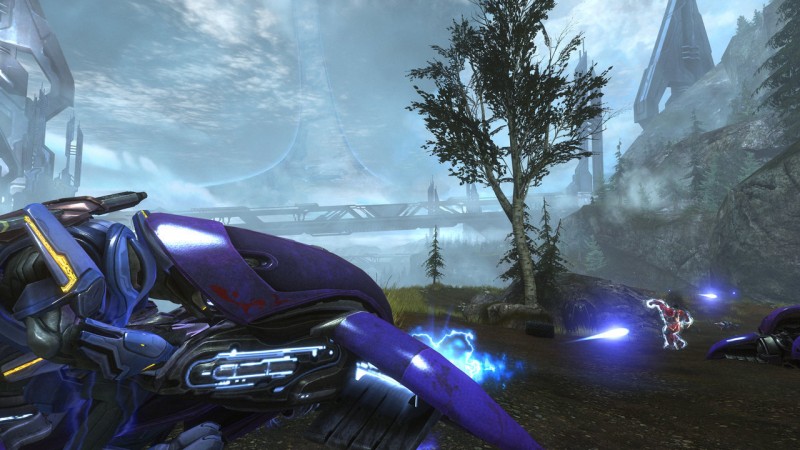 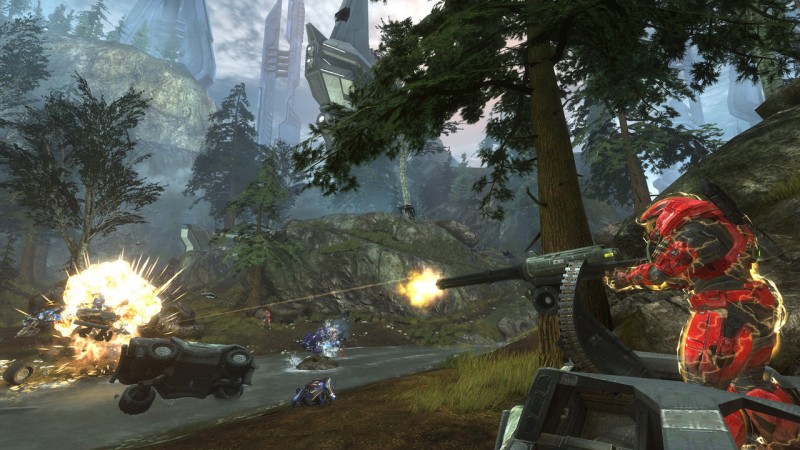 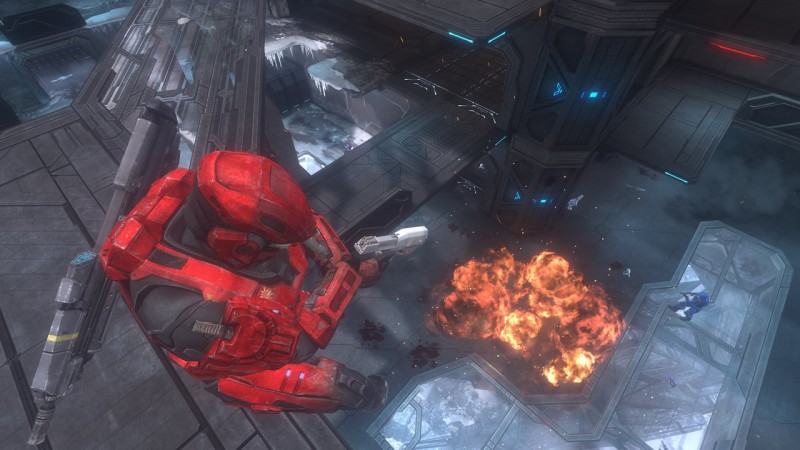 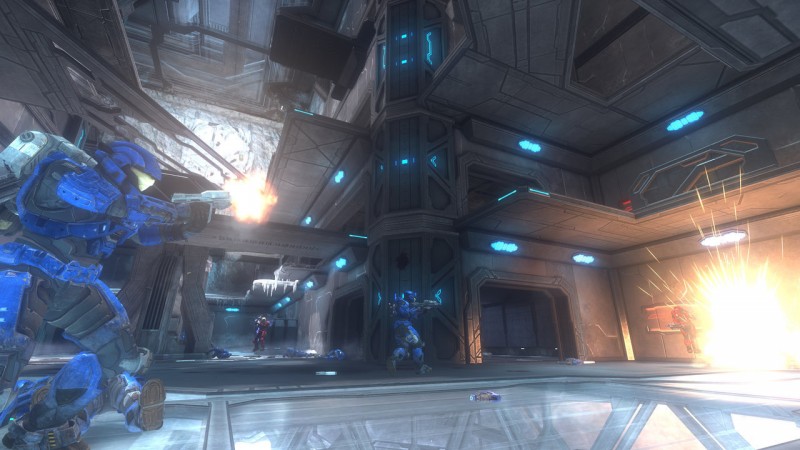 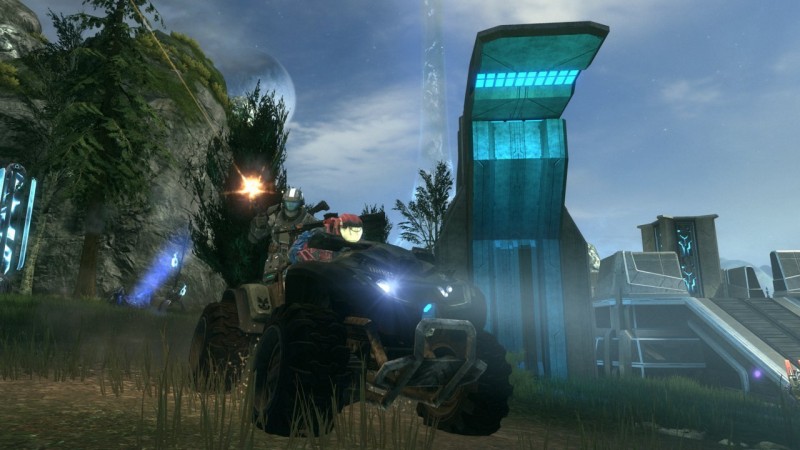 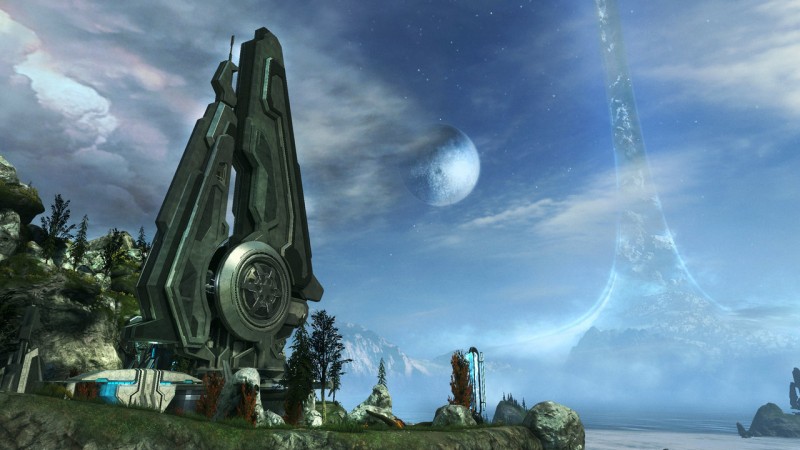 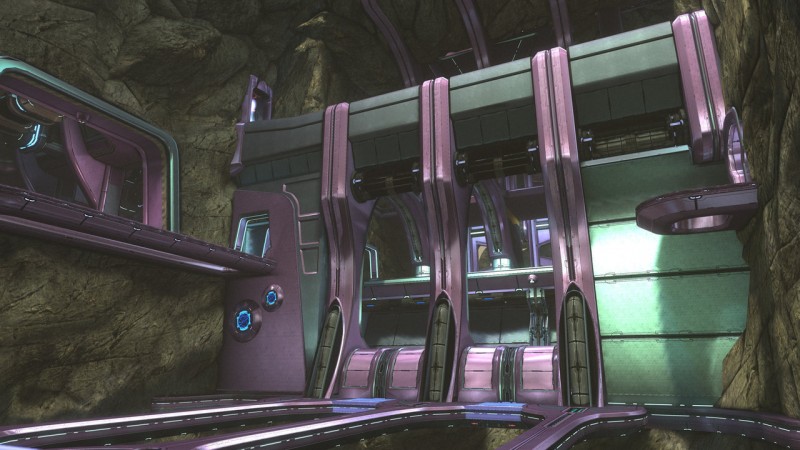 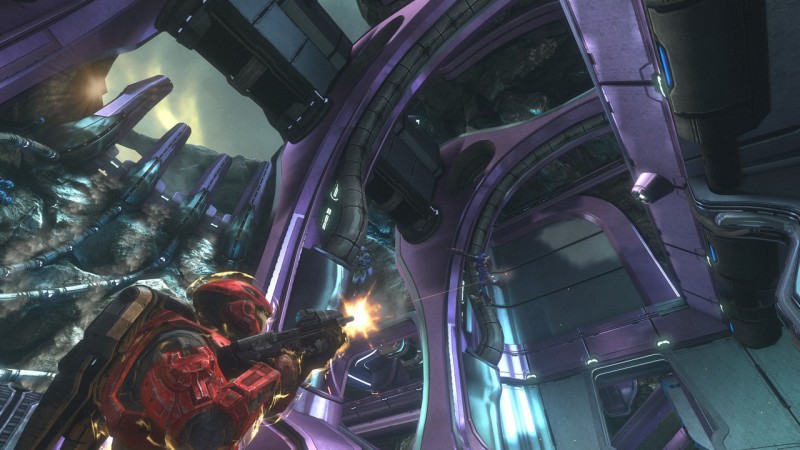 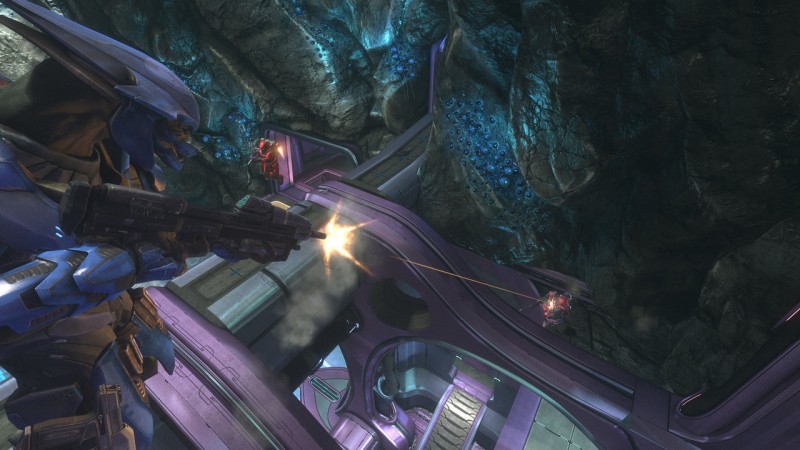 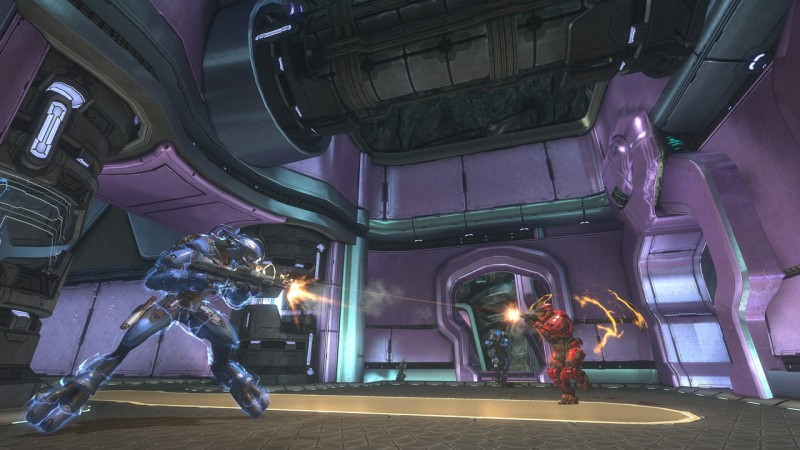 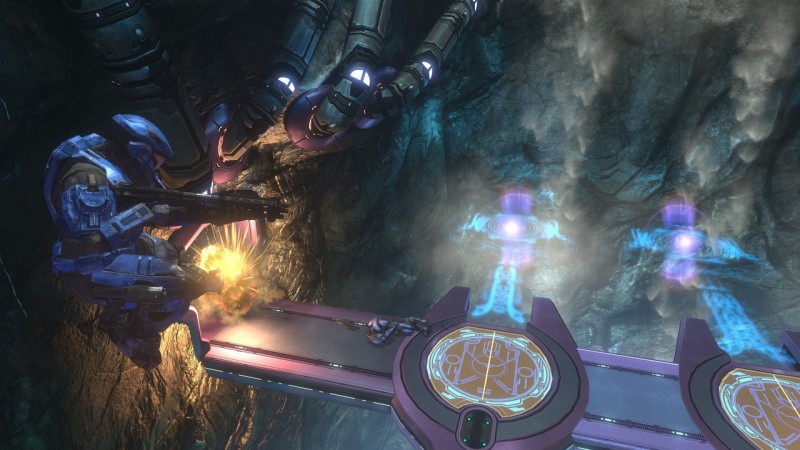 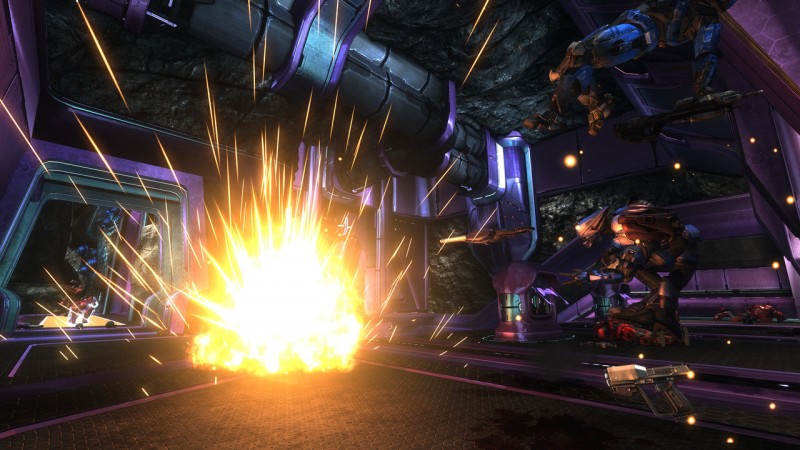 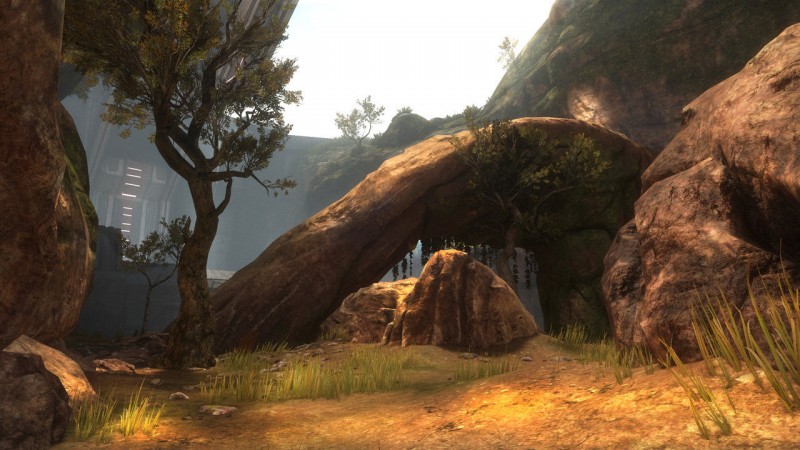 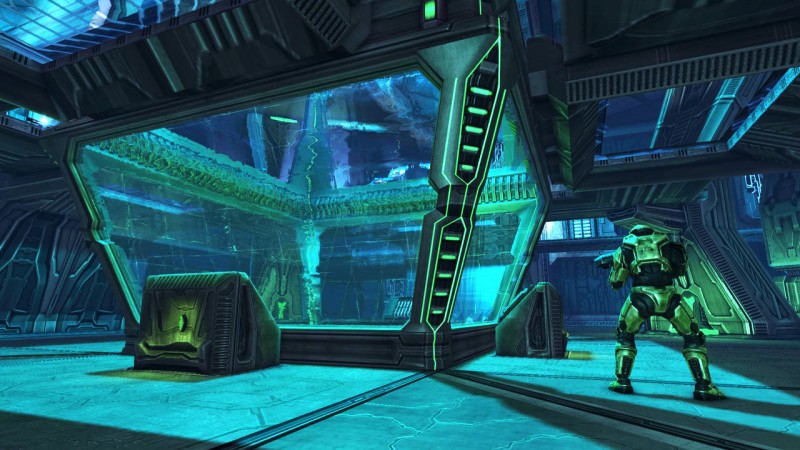 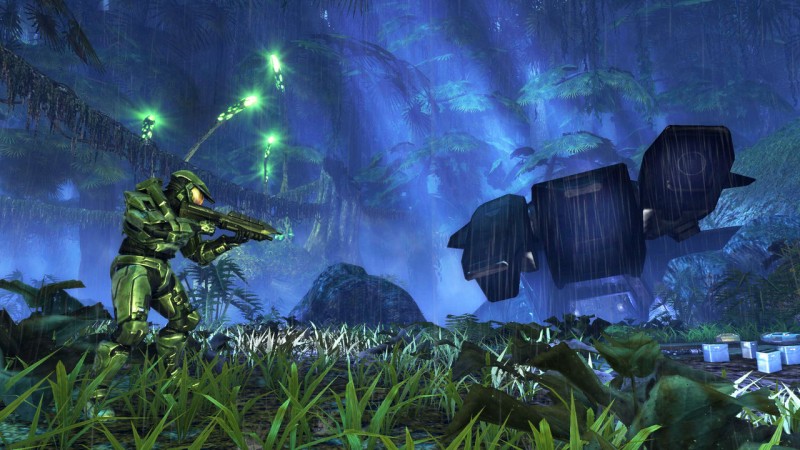 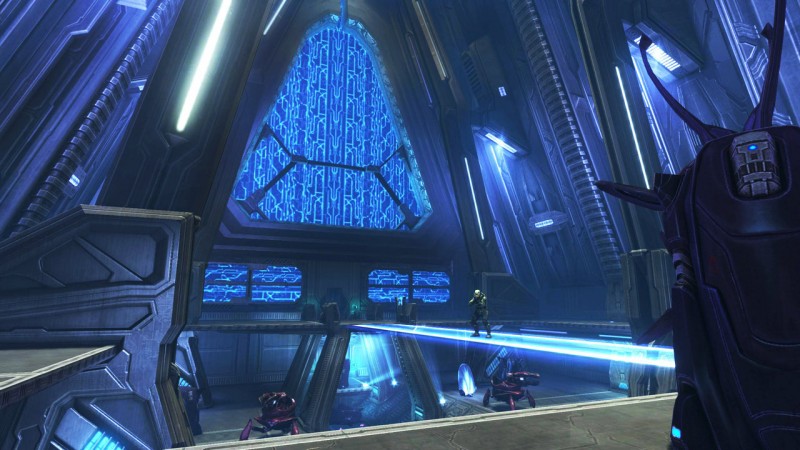