In just 10 days, you’re going to get to play your first rounds of Halo 5: Guardians Multiplayer, unless you are a member of the Xbox Live Preview Program. Those individuals will be getting access this weekend to help get ready for the flood of players coming later.

You should have a message in your Xbox Live inbox directing you to the Preview app. Once there, you’ll see a longer message indicating that two codes will be delivered to you tomorrow, December 19.

One of these will download the beta. The other will unlock it for early play.

We’ve told you what to expect from the beta and how things have changed since last time out. Now you can get another look at the game in action, as 343 Industries has released a new trailer.

The new trailer shows off some of the maps, modes, and weapons that will be included. I recommend steering toward Breakout, a fast-paced race to team elimination.

The Halo 5: Guardians multiplayer arena beta launches on December 29 and runs for three weeks. If you have a copy of Halo: The Master Chief Collection, you’re already in. For more on Halo 5, check out a behind-the-scenes look in a new documentary called The Sprint. 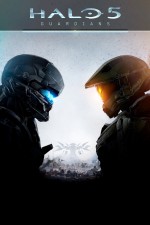