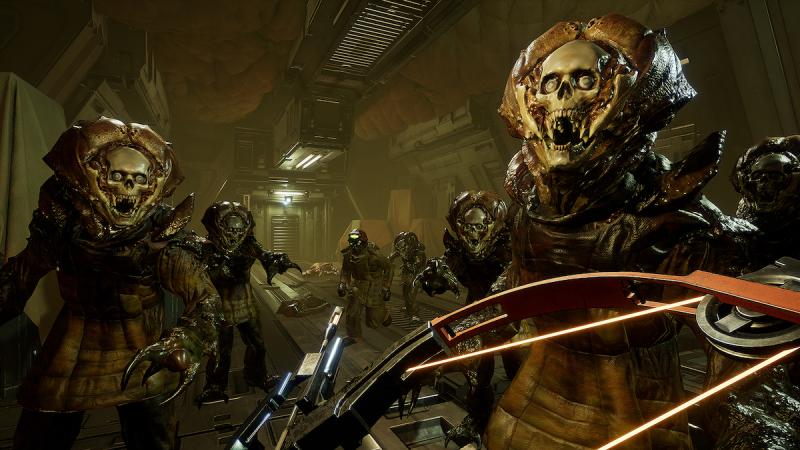 From its inception, one of virtual reality’s best video game applications has been the action of firing a gun. Gunheart, which is currently playable in early access, has not stumbled into some unknown fun mechanic of virtual reality, but it is trying to create a version that offers a compelling reason to fire a gun, and to do it over and over.

You are a bounty hunter tasked with clearing assorted work sites on various alien planets of their alien bug problem. You do this by making your way through levels and shooting the bugs alongside up to two other players. Structurally, Gunheart has a lot in common with Destiny. You work your way through the site with random cooperative players (or friends), get paid, return to the hub location, The Bent Horizon, exchange your earnings for upgrades and new guns, and repeat the process. A story is present to add some context to why you are shooting alien bugs, but the main thrust to keep playing is going to be the upgrades. 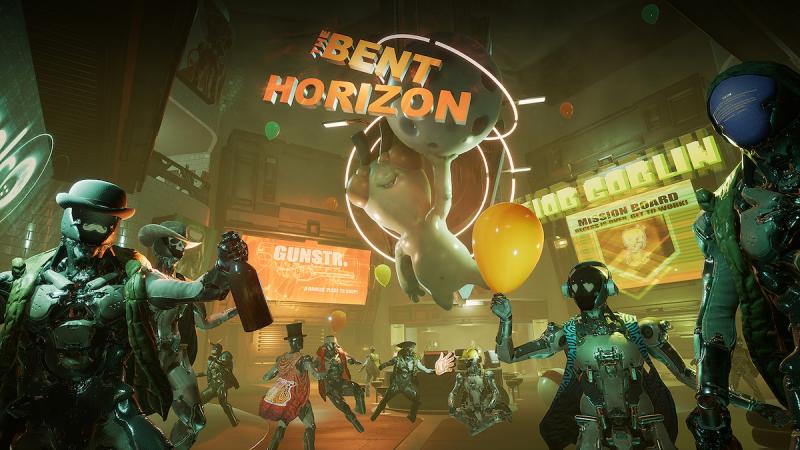 The shooting feels good, if somewhat familiar to other VR shooters, but it does have a few wrinkles that I quickly noticed and enjoyed. Reloading certain weapons requires two actions: pressing the reload button and flicking your wrist in order to reset the gun. The action is a satisfying one, especially when a bunch of alien bugs have you pinned down and you need to quickly reload. Flicking your wrist to reload your gun and firing off a last-second shotgun blast feels good.

The alternate weapons are also equipped in a novel way. You typically hold two weapons, one in each hand, but when you want to use your powerful chain gun, or bow and arrow, you bring the two guns together in front of you, and they automatically transform. I especially liked the bow and arrow weapon as bringing your hands together in this way is already the natural way you would hold your hands to fire off an arrow, and pulling back and letting one fly feels right. 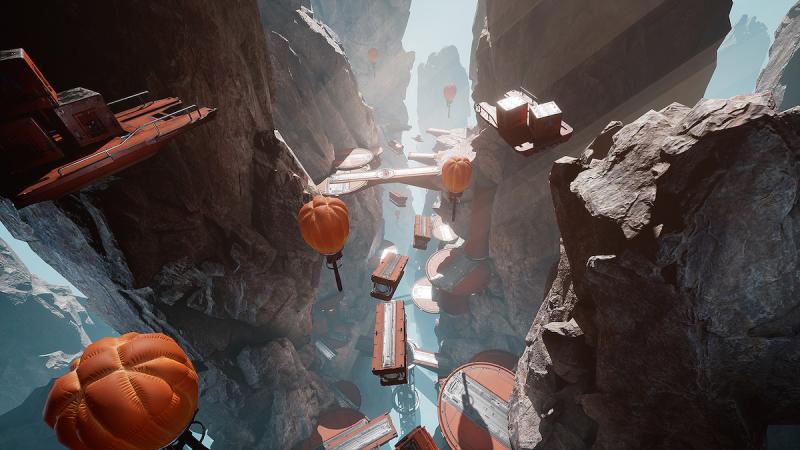 Some of the familiar VR qualms are present with Gunheart, as well as some not-so-familiar oddities. The best way to make your way through the levels without succumbing to motion sickness is to warp everywhere. This action still feels odd, and it also affects the general balance. It’s hard to feel overwhelmed by the alien menace when it’s easy to turn around and hit the warp button a few times to get out of danger. The look of the player is also odd, and the way other players are represented in-game is similarly strange. You and others play as robots wearing scarves around their necks, and when you see other players, they are seated in floating chairs zipping around the level. It doesn’t change the way the game is played, but it does look strange.

Gunheart has a lot going for it in the crowded VR shooter space. It doesn’t feel hugely innovative or new, but it also doesn’t feel like a shallow VR tech demo. Developer Drifter Entertainment has missed its self-imposed deadline to take the game out of early access six months after its initial release, but even in this early-access state, Gunheart feels like a fully-featured shooter and is worth keeping an eye on, especially if you’re a fan of Destiny’s loop of perfecting familiar encounters to acquire new weapons and gear.

We played Gunheart using an Oculus Rift and a pair of Touch controllers, but the game is also available on Vive. 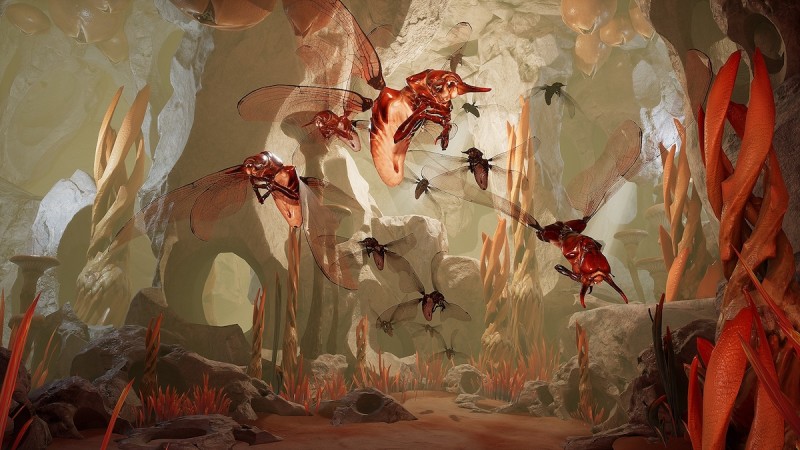 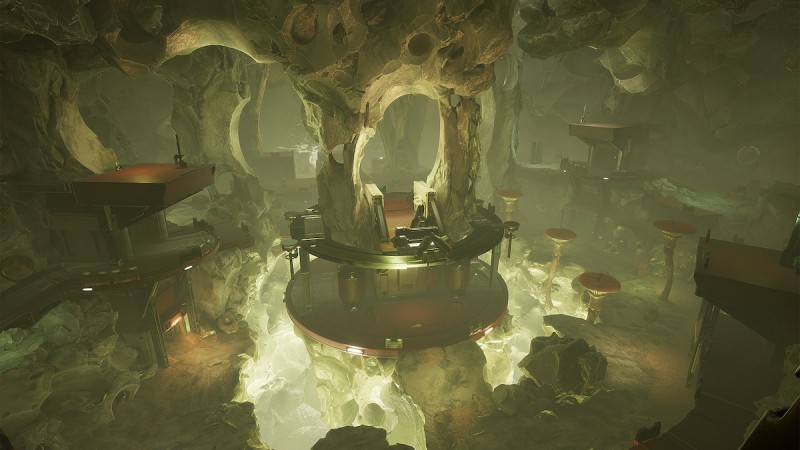 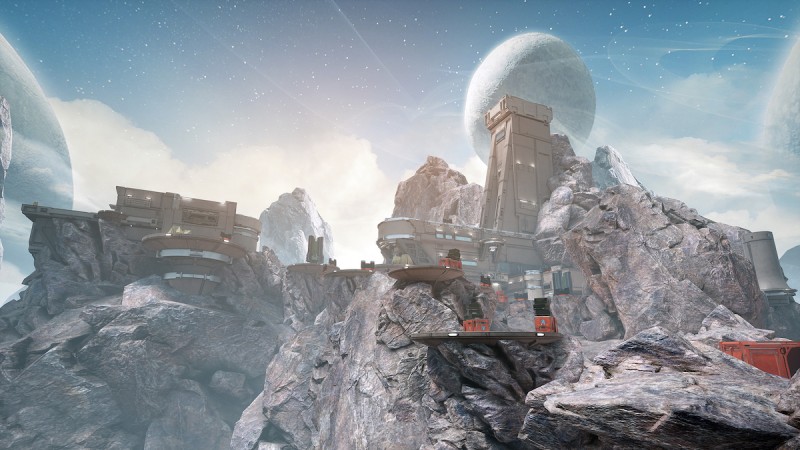 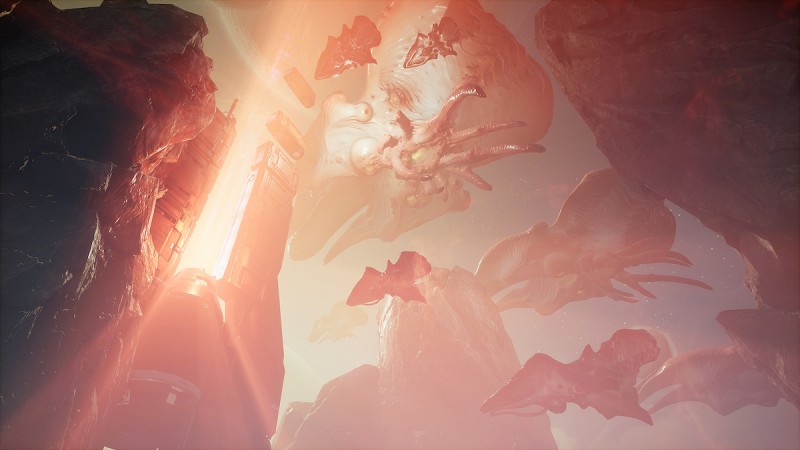 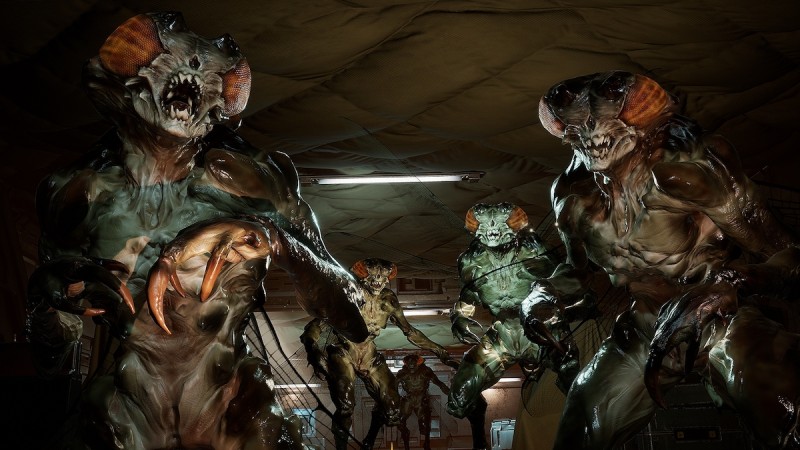 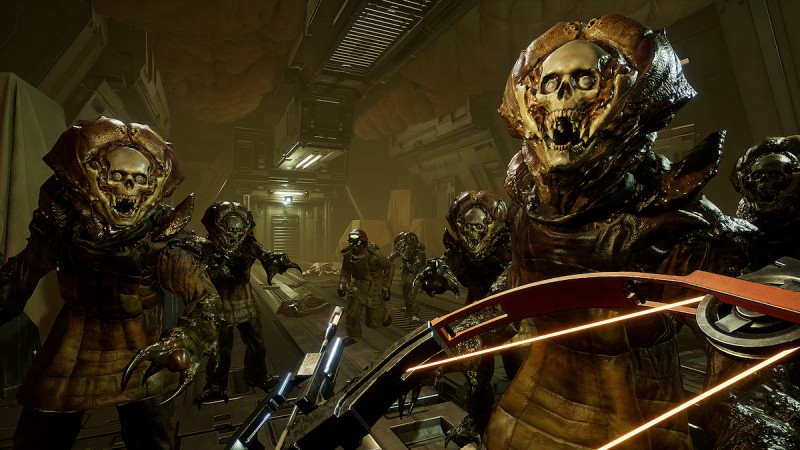 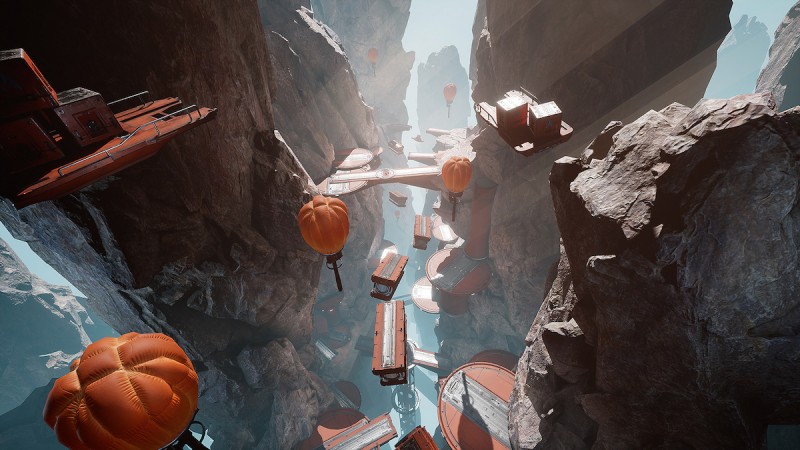 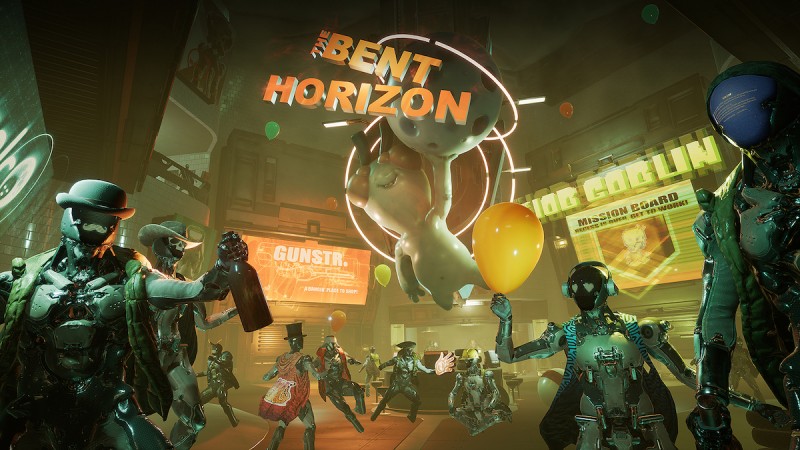