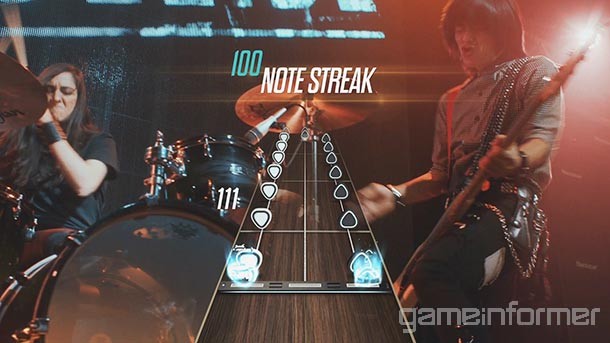 Activision previously told us that Guitar Hero Live's GHTV mode would feature "hundreds" of songs at launch, but the actual offerings have yet to be detailed outside of the three songs we played during our hands-on time with the game. Now, however, we have a much clearer picture of what we'll be rocking out to later this year.

As FreeStyleGames has indicated, the setlist features a diverse collection of artists spanning several genres. We already knew that the Black Keys' "Gold on the Ceiling," Fall Out Boys' "My Songs Know What You Did In The Dark," and The Killers' "When You Were Young" were on the setlist, but we now know that those tracks are joined by a bunch of new tracks from artists we already knew would be appearing, as well as a bunch of previously unannounced artists. You can check out the first wave of tracks coming to Guitar Hero Live and GHTV below. 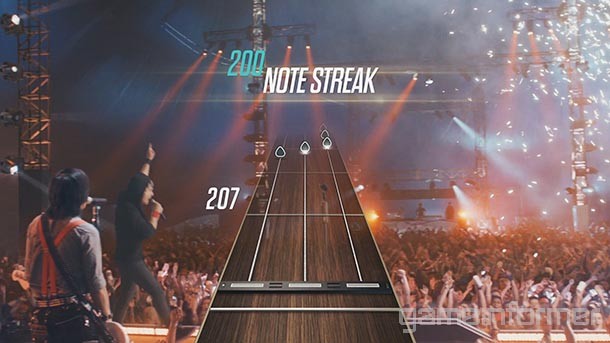 Activision and FreeStyleGames will be announcing new tracks each week, further bolstering the line-up. Guitar Hero Live is set to launch on PlayStation 4, Xbox One, PlayStation 3, Xbox 360, Wii U, iOS, and Android later this year. To learn more about the drastic shake-ups to the franchise's gameplay, you can check out our hands-on with the game, or the initial announcement.