Guitar Hero Live’s reveal in April gave players a glimpse of the game’s eponymous mode, but this week, we got our first look at GHTV. The mode was previously announced as a playable streaming music service, but we now have a much better idea of what to expect when the game launches later this year.

Guitar Hero Live puts players in the shoes of the guitarist of one of several live action bands. The first-person view aims to give players a better feel of what it takes to stand on-stage in front of a crowd of adoring – or ridiculing – fans. The concept of interactive FMVs has a questionable track record in the games industry, but when I checked out it out in April, I was impressed by the level of authenticity it brought. Though we did check out six songs (including the three I played two months ago) in Guitar Hero Live, the focus of the demo was GHTV, which does away with the first-person live action in favor of playing the music over a music video or live concert footage of the actual band.

The mode is quickly accessible from the already previewed Guitar Hero Live mode with a press of a button on the new guitar controller. Once you’re there, you see a dynamic screen that recommends music and channels to check out based on your tastes as demonstrated by your play history. From there, you’re able to jump into one of the recommended standard channels, one of the current premium channels (more on that later), or switch to the on demand music catalog, where you have access to all songs on the service.

The channels play just like television channels do: you hop in and see what everyone else is seeing across the globe. Chances are, you’ll join in the middle of a song. As you play, you’re competing with others currently on the same channel for as long as you stay on the channel. If you join a channel and aren’t feeling the music, you’re able to switch to another channel with a flick of the joystick. Channels feature different focuses from popular music to heavy metal, so you’ll be able to not only play songs you know and love, but also discover new songs and artists within your preferred genre.

If you’d prefer to play specific songs in GHTV, you’re able to access the on demand music catalog from the main menu of the mode. The library is vast – Activision is promising hundreds of songs at launch – and will be continually updated with new additions. Within the song catalog, you can sort through the massive list using different filters like band name or release date, making it simpler to find the song you’re looking for.

Unfortunately, the number of songs you can play on demand are limited by “plays,” which can be either earned by playing the standard channels in GHTV, or purchased using real money. Though it wasn’t on display in the build I saw, the team at FreeStyle Games also wants to implement a “pass” system, which allows you to purchase a period of time that gives you unlimited access to the entire GHTV catalog.

If you find yourself playing select songs over and over, you’re able to purchase permanent access to those songs in a DLC-like model. Once you purchase a song, you’re able to play that as many times as you’d like on demand without depleting your number of overall plays. Though you own the rights to the song, you will still be streaming the song through GHTV’s servers with no option to download the track to your local system. Premium channels give players challenges to complete in order to participate in special events. These events are typically consisting of timed exclusive content with new music or artists, which is why FreeStyle Games wants players to have to earn it. The special challenge I saw required you to get three stars on three different songs in order to access a special playable live concert segment by the Black Veil Brides where the winner was rewarded with a special custom note highway for use in GHTV. If you can’t or don’t want to complete the challenges, you can also purchase access with real money. Eventually, all of the premium channel content will make its way to GHTV’s main channels.

Within GHTV, you level-up based on how you play. As your level increases, you earn in-game currency and unlock new challenges and modes. Using in-game currency, you can also purchase special upgrades for your in-game guitar. The available guitar upgrades range from adding more Hero Power regions to accruing faster multipliers. FreeStyle Games confirmed that these upgrades are only purchasable using the earned, in-game currency.

Despite the permeation of microtransactions within Guitar Hero Live’s GHTV mode, FreeStyle Games is adamant that nothing is locked behind a paywall and everything that can be purchased using real currency can be earned through regular gameplay. GHTV looks to be an ambitious, modern take on the art of building a music catalog and discovering new artists to listen to. Guitar Hero Live is set to launch October 20 on PlayStation 4, Xbox One, PlayStation 3, Xbox 360, Wii U, and select mobile devices. 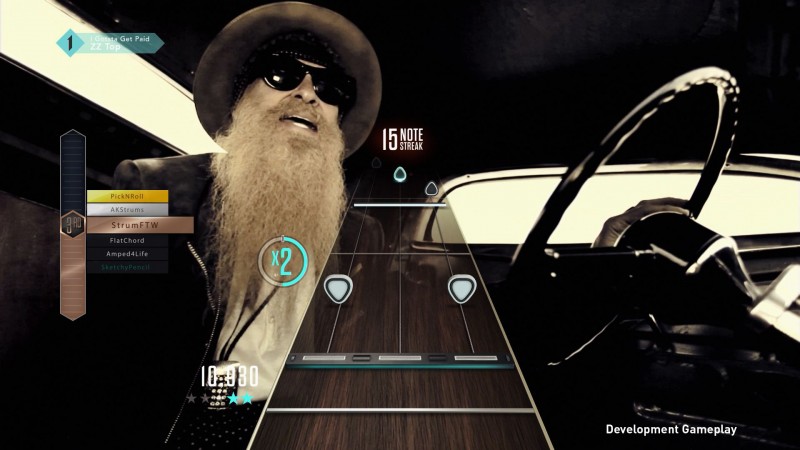 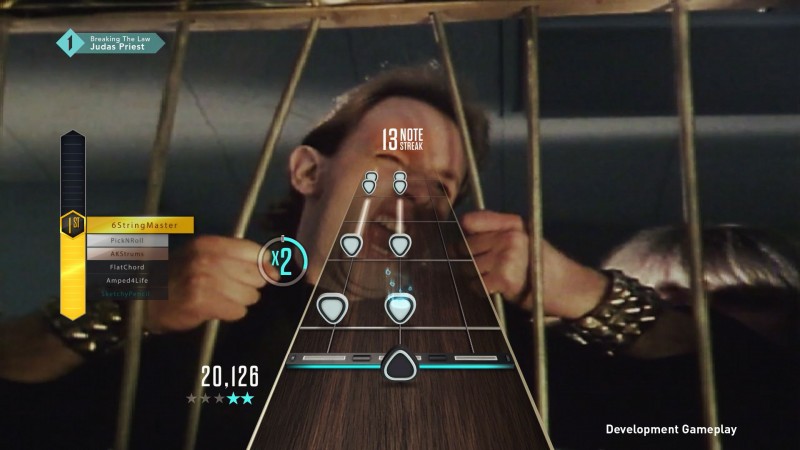 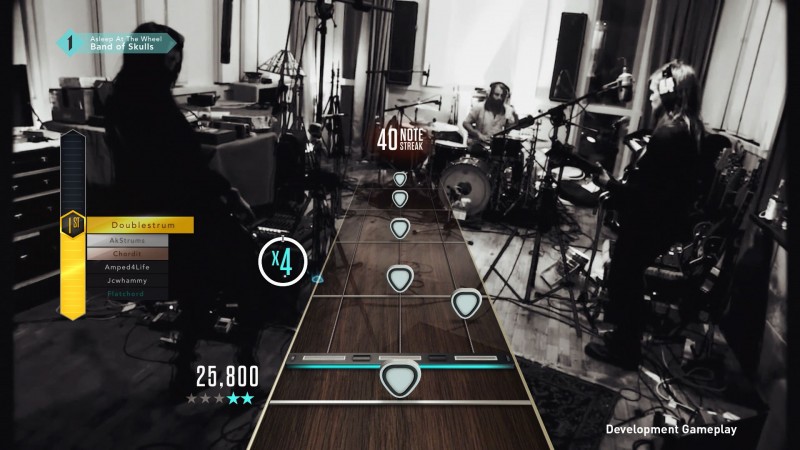 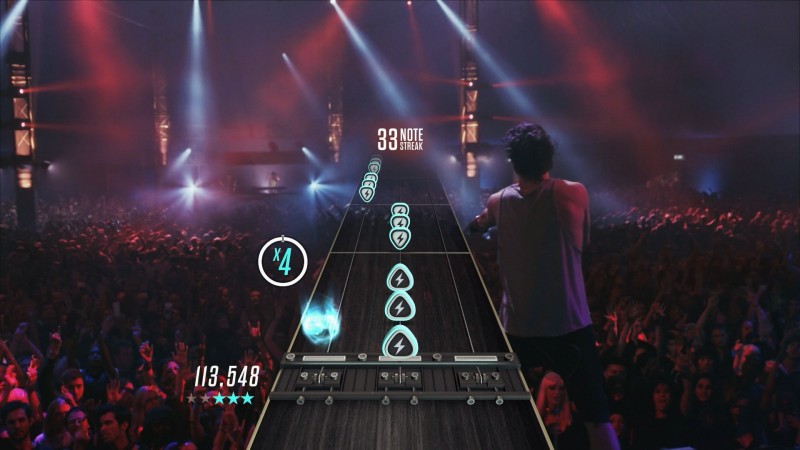 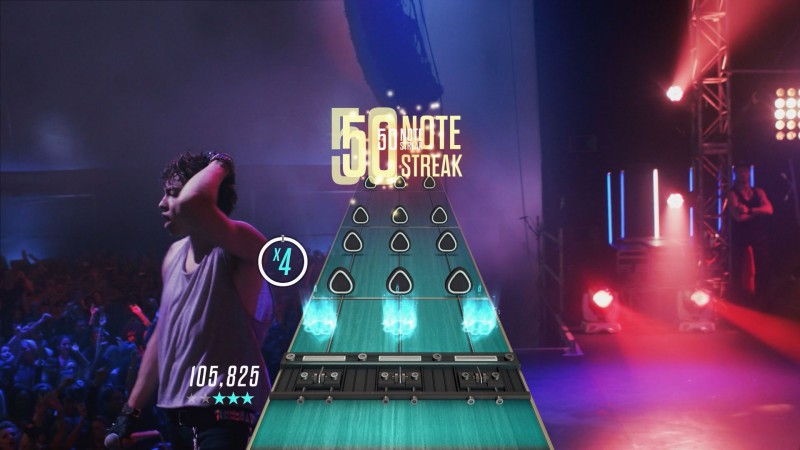 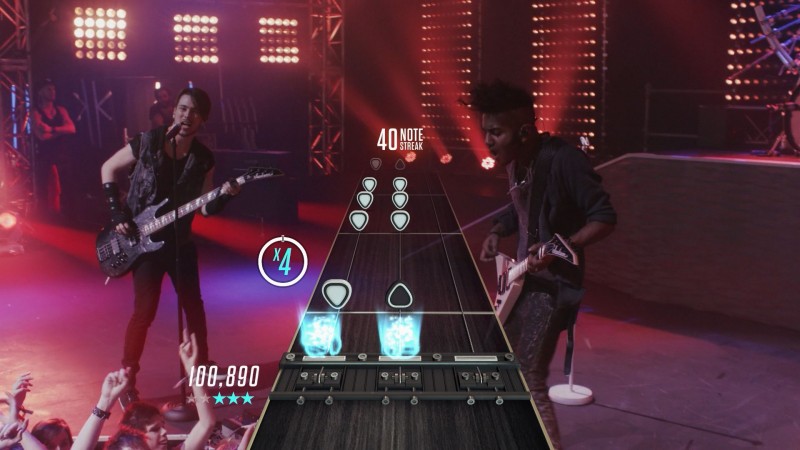 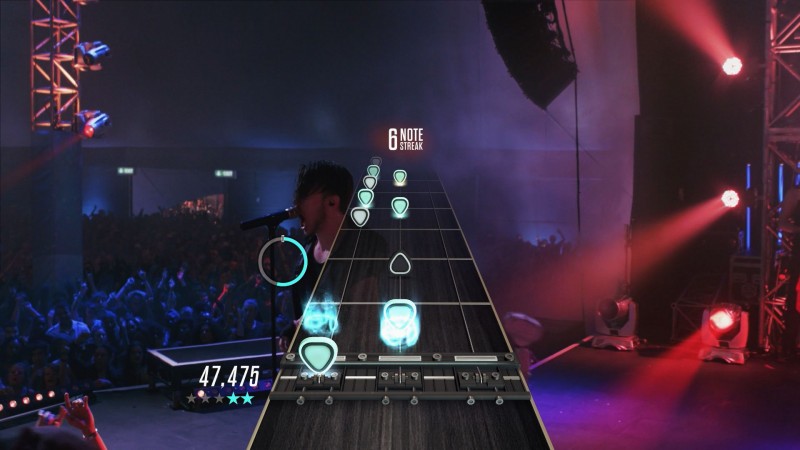