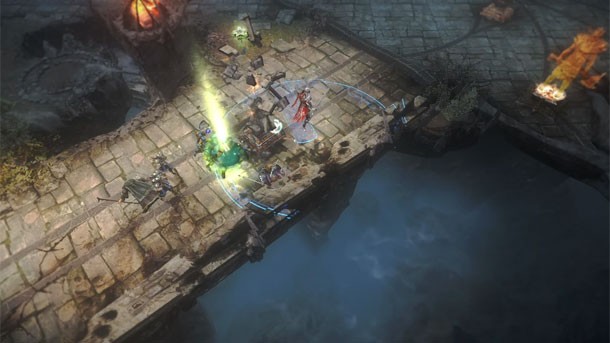 Monolith and Warner Bros. Interactive have released a new video for Guardians of Middle-earth that reveals two new characters. Ori and Agandaur may not have much in common, but players can see how each brings their own unique (and deadly) skills to the battlefield.

Ori is a dwarven scribe who delivers pain using his arcane abilities. You may not think that a bookworm would be particularly effective, but as you can see in the video embedded below, he's not exactly into beach reads. Agandaur wields lightning bolts and is physically more imposing that Ori. That big sword of his isn't just for show.

Take a look at another video here, which shows off Eowyn and Mozgog. And for an in-depth game on how the MOBA game plays, take a look at our video walkthrough with producer Bob Roberts.