Rockstar has given us all a little Friday treat with the release of four new Grand Theft Auto V screens. Franklin and Trevor are up to no good, which doesn't come as much of a surprise.

There are plenty of little details to soak in, from the way the member of the SWAT team has positioned himself on the Sheriff's SUV to how sunlight filters through the murky waters off the Los Santos shores. Franklin appears in two of the screens, getting ready to escape the police on a dirtbike in one shot and breaking into a muscle car in another. We join loose cannon Trevor in the middle of a highway chase. Perhaps that canary-yellow car wasn't the best choice for keeping a low profile. We can't tell who's in the wetsuit, but it does look as though there's some wreckage to explore in the bottom-left corner of the shot.

Grand Theft Auto V adds a gameplay twist in that the story is told through the perspectives of three characters. Each brings his own skillset to missions, which is handy in some of the large-scale heists. Players can swap between each character on the fly, depending on the situation. We've broken down how it works in our in-depth preview, so be sure to check it out. 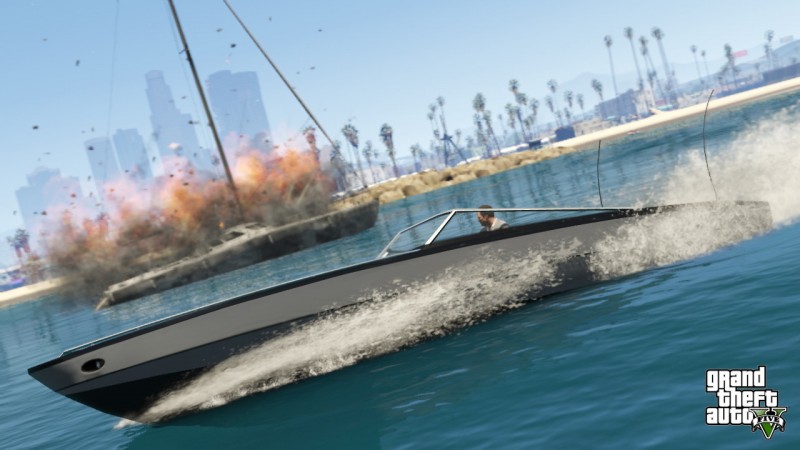 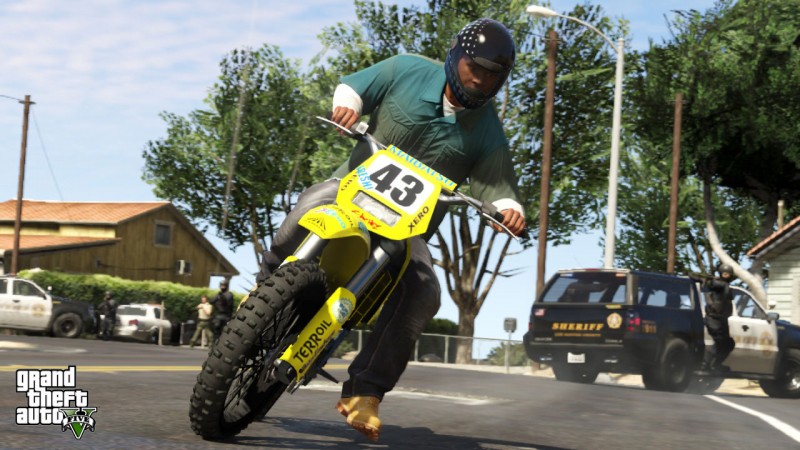 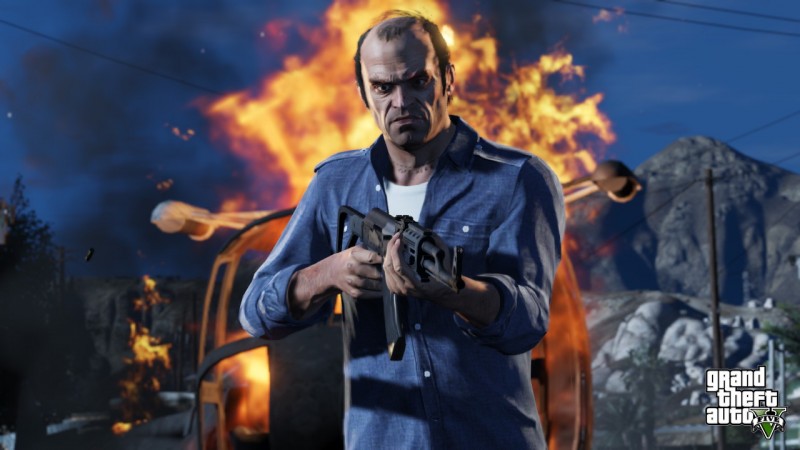 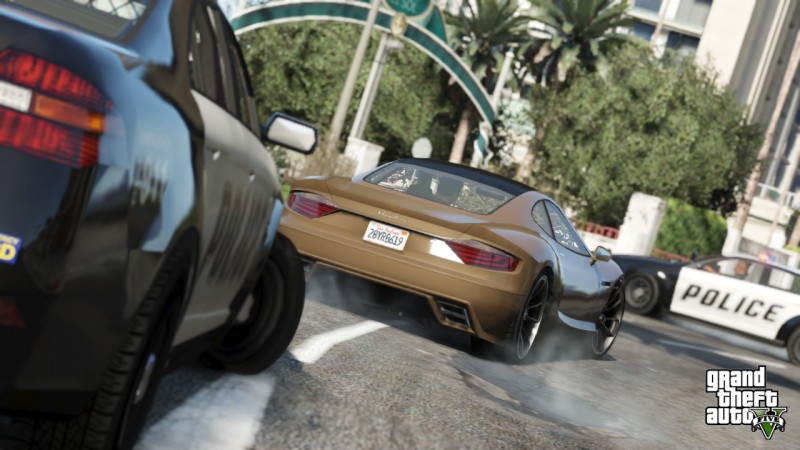