Rockstar gives us a new look at the expansive territory gamers can explore in the latest GTA game.

Reading numbers on paper is one thing. However, seeing is believing when it comes to getting your head around just how large the Los Santos territory is in Grand Theft Auto V. When we visited Rockstar headquarters in New York City for the cover reveal, the team rattled off several impressive facts about the scale. The total playable area (including the underwater areas) is five times bigger than the frontier in Red Dead Redemption. Taken as a whole, this square footage is bigger than GTA San Andreas, GTA IV, and Red Dead Redemption combined. As impressive as these stats are, the expansiveness doesn't really sink in until you see Franklin hanging out of a plane at 13,000 feet.

The sense of scale is breathtaking. Looking out to the left as Franklin jumps from the plane, I can see clear to the Alamos Sea (the GTA version of the Salton Sea). Far in the distance to the right is downtown Los Santos, with skyscrapers reaching high into the sky despite the considerable distance from the jump location. In between lies a vast mountain range filled with trees, animals, and a wealth of dynamic activities. As Franklin descends over a ridge and guides himself toward a stream, I notice deer and wildcats roaming the mountain range and a park ranger cruising the winding cliffside roads.

Franklin successfully navigates himself to the side of the road, where two men are fishing the stream next to their Winnebago. Though the wilderness is vast, Rockstar promises several things to do in these open expanses. Vehicles like ATVs are parked at the side of the road just waiting for someone to hop on. Depending on which of the three characters you are controlling, the location, and the time of day, you may experience dynamic events like hitchhikers, broken-down cars, and ATM robberies. You can also kill time by hunting in these territories (sorry, no fishing).

The Bender And The Wet Suit At this point in the demo we jump to Trevor, the most unpredictable of the three playable characters. The camera pulls away from Franklin high into the sky like a satellite before triangulating on Trevor's position and descending back to Earth. He's passed out on a beach with a bottle of liquor in his hand wearing nothing but his underwear, socks, and a pair of shoes. Bloody scratches, bruises, and scars pock his body, which Rockstar says are dynamically generated. The beachfront around him is littered with the bodies of the west-coast chapter of The Lost, the biker gang that first appeared in The Lost & Damned DLC for Grand Theft Auto IV. These rough-looking characters have patches of dried blood on their jeans and cuts, but I couldn't tell if they were just passed out from a bender or ended up on the losing end of a skirmish with Trevor, with whom they frequently clash.

Once Trevor drunkenly struggles to his feet he leaves the bikers behind and hops into a Dinghy (a boat that has appeared in several previous GTA games). Cruising out into the body of water, I notice the vastly improved wave technology, which looks more like the technology driving the open waters of Assassin's Creed III than previous GTA games. The boat rocks forward and backward naturally as the waves roll by.

Some boats in Los Santos include scuba equipment, which Trevor grabs to head underwater. Plunging into the ocean depth reveals another world players can lose themselves in. With schools of fish, waving seaweed, and a diverse ocean-floor terrain, it's teeming with just as much life as the mountainside. Trevor heads toward a giant shipwreck, which has attracted the attention of other divers as well. Rockstar wouldn't give specifics, but promises you can find several types of useful items in these wrecks.

As he moves around the hull of the ship he encounters the last thing a diver wants to see - a great white shark. Trevor audibly gasps in fear as it approaches, but Rockstar says as long as you don't make sudden movements or swim too near the sharks they may disregard you. Trevor quickens his pace toward the surface to escape the sticky situation. With our brief glimpse of the ocean life coming to an end, the playtester jumps from Trevor to Michael, who is walking out of an office building in Vinewood. Since he can't stand his family, the career criminal spends the majority of his downtime drinking whiskey, watching Vinewood action movies, and visiting his therapist.

As he turns the corner he runs into a fading actress named Pamela Drake, who says to anyone who will listen that back in the day a big-time Vinewood mogul wrote the film A *** In Paris specifically her for. Like the street preacher in GTA IV, Drake is one of a series of recurring pedestrians that offers chatter. Depending on whether you approach her with Trevor, Franklin, or Michael, she will react differently.

Michael continues down the street and I get a glimpse of the street life in the more populated sections of Los Santos. Much like in the Elder Scrolls games, the pedestrians in GTA V don't stay in one spot all day, preferring to move around from activity to activity. The AI is also much more responsive to your actions. In this instance, Michael walks past two celebrity lookalikes. The first is a stand-in for one of the Republican Space Rangers (which returns with new episodes in GTA V). The other is dressed as Impotent Rage, a new liberal superhero with a hit TV show. When Michael pulls out his smartphone to take a picture of the Space Ranger, the actor strikes a pose for him. Whenever you take a picture in Los Santos, you can share it with friends via the Rockstar Social Club. Nearby, another man is offering a tour of celebrity homes. If you jump on board, he will tell you the sleazy backstories of the stars featured on the tour.

Passing a tattoo parlor (which you can enter if you wish), Michael notices a woman hiding behind a bus in a nearby alley. The woman is Lacy Jonas, a celebrity who calls herself the voice of a generation., This is just one of the several dynamic missions that may pop up on your map when walking through a neighborhood. Why is she in the alley? Paparazzi have staked out her car (which is hilariously called a Benefactor Surano). Michael nonchalantly walks up to the vehicle, smarts off to the cameramen, and peels away to pick up Lacy.

The paparazzi don't give up that easily. As Michael takes off in the sportscar, they give chase in a van. Lacy angrily voices her reservations about being photographed right now because she feels fat (she's not). When Michael asks what she did to generate so much attention, she replies, "I'm really famous. I didn't do anything!" Michael eventually shakes their pursuers and heads up to the safety of Vinewood hills.

Though our glimpses into the lives of Franklin, Trevor, and Michael were brief, they effectively communicate just how diverse the experiences will be depending on which corner of the open world you're in. The wildnerness both above and below water give players ample reasons to explore, and the heart of Los Santos feels just as vibrant and teeming with life as Liberty City did in GTA IV.

To learn more new details about GTA V, check out our other features that went up today on the new heist system, character customization, and combat. If you haven't already, we also suggest you watch the brand new trailers and dive into our extensive coverage we released during our cover story last December. 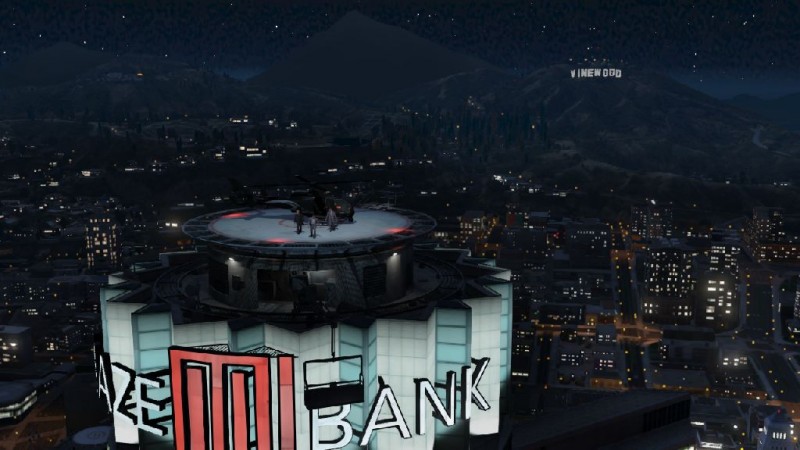 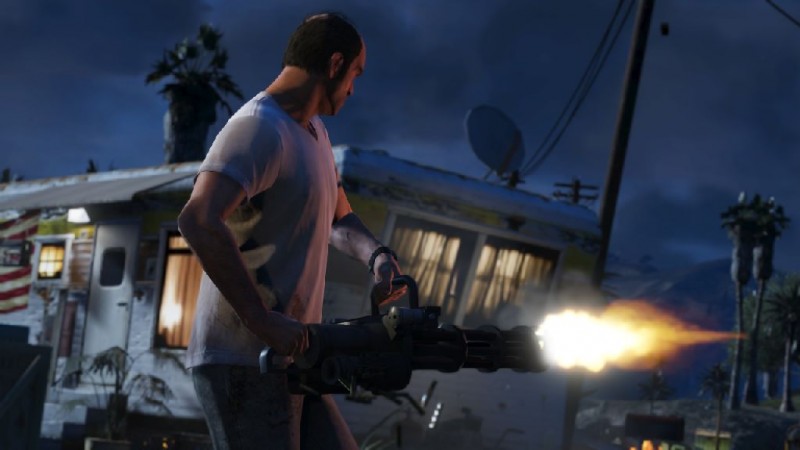 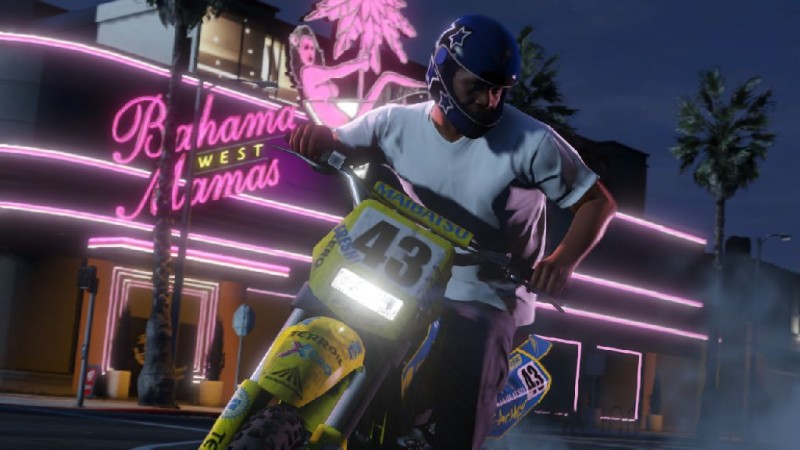 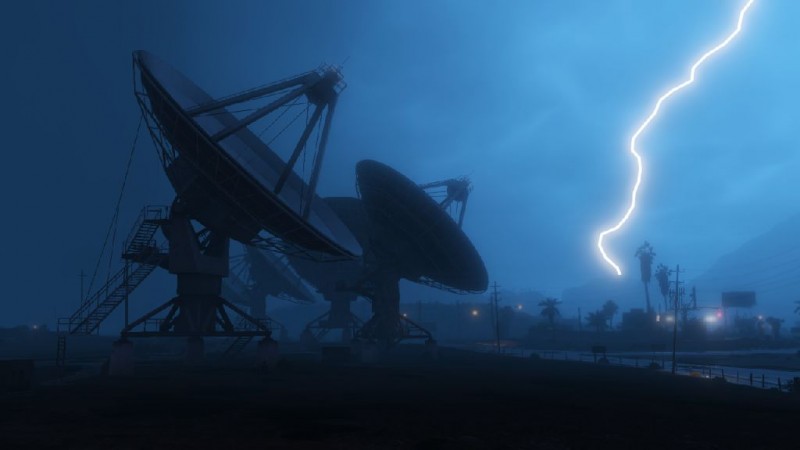 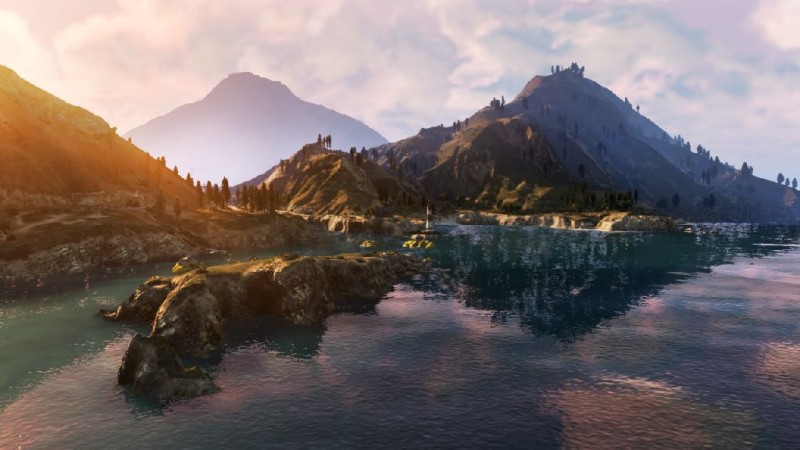 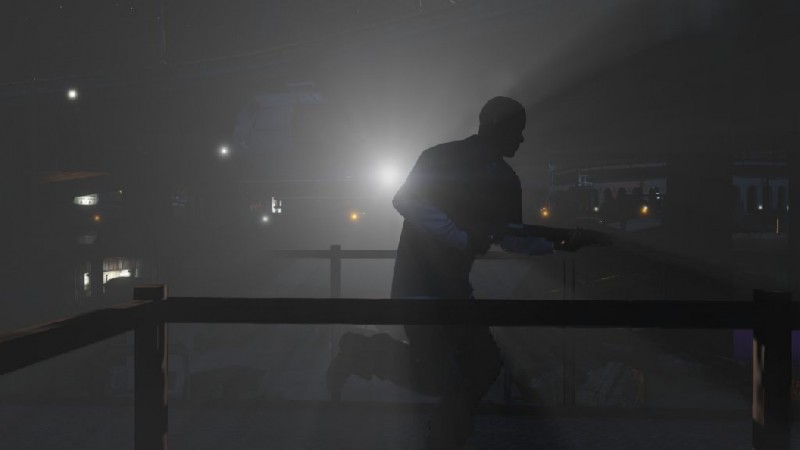 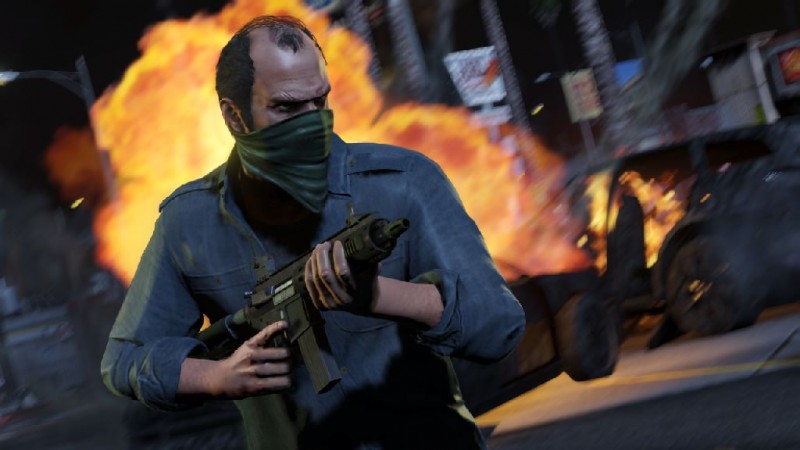 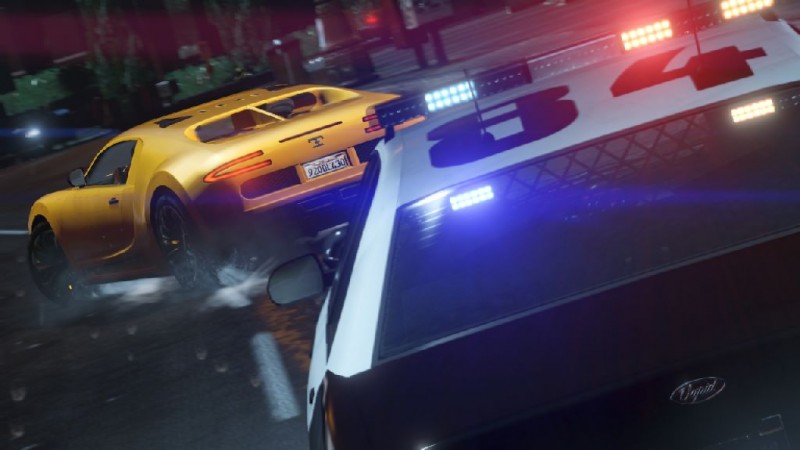 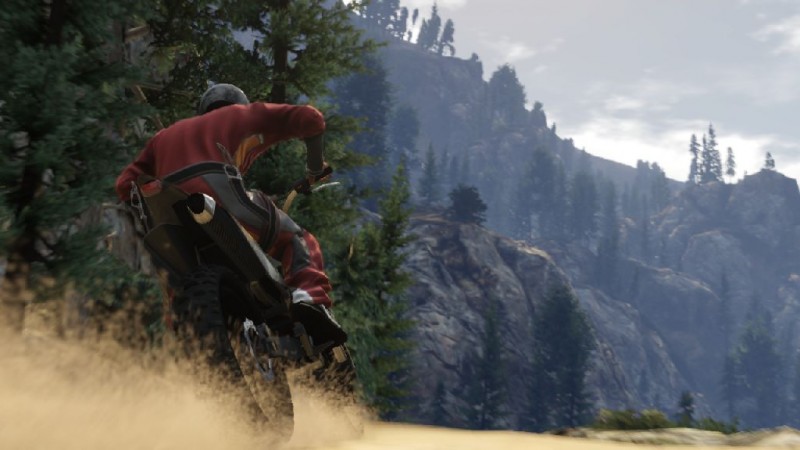