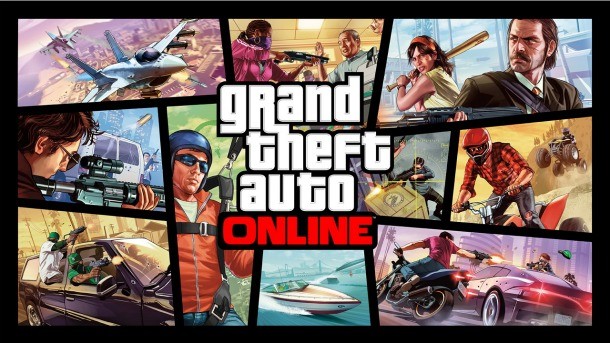 Last month, Rockstar released a trailer for the upcoming Grand Theft Auto V, which featured loads of gameplay and breakdowns of how various systems as diverse as deep-sea diving and real-estate investment work within the game. It ended with a tease to the game's multiplayer mode, which showed a character watching street-level mayhem from the safety of a high-rise, ending with another player blasting past the apartment in a military jet. This morning, Rockstar has released a new trailer focused on Grand Theft Auto Online.

The new clip provides insight on how the game's online multiplayer has been expanded since Grand Theft Auto IV. Players can choose to dive online alone and see what happens, or join up with friends to form crews. Crews can take on heist and robbery missions together. The money that's earned can then be used to purchase character customizations, garages, vehicles, and even an apartment. If you're not feeling up for illicit activities, the clip shows slightly less aggressive diversions such as arm wrestling, golf, tennis, and parachuting. It's GTA, after all, so the parachuting highlighted in the video takes place after a character ramps his dirt bike off a cliff.

Rockstar says they will be providing post-launch support for online, including new missions and activities. In the meantime, players will be able to use Grand Theft Auto Online's content-creation tools to design races and customize deathmatches. Once built, these can then be shared with the GTA community.