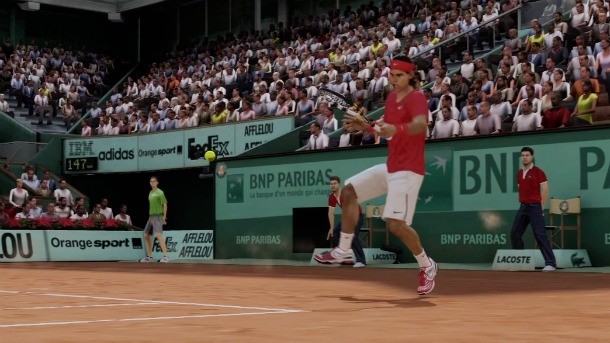 The Grand Slam Tennis 2 development team is trying to replicate the real-world play styles of its roster of tennis players, and you can see some of the results in this developer diary.

Style is no small thing in the tennis world. It's not just how you swing the racket, but a player's shot, serve, and overall play style is everything. You can easily contrast the unbelievable hands and finesse play of John McEnroe with the power game of many modern players. Grand Slam Tennis 2 is not only trying to replicate its roster of current and historic players, but also infuse every opponent you go up against with enough brains to make each point and set a real chess match.

Grand Slam Tennis 2 comes out for Xbox 360 and PlayStation 3 on February 14. For more on the game, check out this previous developer diary covering the game's career mode.