The reveal trailer for God of War was one of the most talked-about moments of last year's E3, and Kratos is making a return appearance at this year's show. Like many fans, I still have many questions after seeing the latest footage, which features cool-looking combat, father-son bonding, and an enormous serpent. To shed some light on the mystery of Kratos' new adventure, I had a chat with God of War creative director Cory Barlog. Though the specifics of the story are still being kept mostly secret, Barlog shared plenty of interesting information about Kratos' current circumstances, his evolution as a character, and the main themes of this upcoming action/adventure game.

Game Informer: What can you tell us about what has happened between God of War III and now?
Barlog: The specifics of that I can’t go into, but what happens is that Greece presents a tremendous amount of pain for Kratos. He needed to get as far away as possible. The period of time from when he sort of walked away from Greece and kind of wandered – there’s a period of time in which this guy wandered alone. Because he has this monster inside him, and I think at that time – at the end of God of War III – there was the kernel of the idea that everything he’s done hasn’t worked out too well for him. He needed to take stock. I think he really believes that getting away from people is going to help him center, but you can’t get away from everything. There’s a period of time where, honestly, he’s trying to figure out how to control the monster. I think that’s a struggle that even during the game, he has. And it’s something he’s going to need to teach his kid, as well… But where he’s at now, he had to go through that isolation and separation in order to find a period in his life where he can actually change.

How do you approach reinventing God of War without changing too much about what made it popular in the first place?
When we first started working on this, disassembling the pieces and saying “what are the load-bearing walls that hold up this entire thing? The DNA that is God of War?” we knew that who Kratos is is so important in that world. But also, drama is really about a character developing and changing. If a characters remains stagnant – and in some ways I think we did remain too stagnant... We still developed the arc, but I think we could have been bold. And I think that’s part of what we’re doing here. Saying “Let’s be bold, man. Let’s jump off the cliff. Let’s figure out when you try to redeem a character who has embraced being a ***."

Something I’d seen – I think it was a documentary – was about bruisers who are hockey players hired just to fight. They’re not good hockey players; they just fight. And they were doing an interview with a guy, and it was fascinating to hear how how this guy is feared by so many people as the guy who is just out to get into fights. But he throws up every game, and he hates his job. He loves to play hockey, and he wishes he was better, and it tore him up inside to be that person.

Kratos didn’t quite display that level of nuance in the original God of War games. Is some of this characterization of him being retroactively applied?
I still think he lacks nuance in certain areas. He’s a struggling character. Pixar once sent out these rules for storytelling, and one of them talks about the hero failing over and over again. But you love him for it, because he gets back up every time he fails. That is the engagement with the character. This character doesn’t change overnight. He’s not going to sit there and have very deep, meaningful, emotional conversations with his son. He struggles this whole game to figure out his place in the world and how to relate to his kid. Because it’s important to him to change tomorrow, because he’s been blaming yesterday his whole life.

Kratos has a family again, but that has gone badly for him in the past. The original games hit that note frequently; how does the history with his family in Greece figure into the new game?
I think that, for those who know, it’s always present. It’s always that “left unsaid” thing. This is not something that we spend a tremendous amount of time on, but those who know, you start to understand a little bit of the psychology of what he’s doing. Because you’re right – he made a bad decision, and that decision had some horrible consequences. Consequences that he wears on his skin for the rest of his life. It’s definitely not something he wants to talk about that often – but it is the representation of the mistakes he doesn’t want to make in the future. So he’s constantly aware of it. But his son is not. His wife is not.

If you have the linear action of previous God of War games on one end of a spectrum, and open-world on the other, where does this new God of War fall?
I would say that action/adventure is squarely where we are suited. We’re definitely not open-world, but we’re kind of this interesting "super-wide linear" in the sense that the world has a greater sense of scale. We’re really encouraging the player to say “Hey, what’s that over there? I’d like to go check it out.” We’re not forcing them. We don’t force you to go find something, but when you do, you are rewarded. You are rewarded with things like “Wow, there’s an entire level over here!” And I think that sense of discovery is so important. Linearity can drive you through this fantastic story – you’re always going to be driven forward by the development and arc of the characters – but at any given point in this game, you can pull the lever on the bus and stop to look around, and then get back on the bus and keep going. Seamlessly integrating that, making it feel like it’s not a chore and you’re rewarded for it, that’s the big trick of this game. That’s the big play, to make it feel like you’re not just going down a hallway. To always feel like there’s a “why.” God of War has been known for how it delivers an epic sense of scale. How do you continue escalating that without just getting ridiculous?
Getting lost in the arms race of “bigger, bigger, bigger”?

Yeah, exactly.
It’s the true scale of the adventure itself, rather than just the setpieces. The new perspective – the camera being closer to Kratos – allows you to experience things from before that you just could not see. I don’t want to get in the arms race against, like, “Gaia was such a big experience, or the Kronos fight.” They’re all fantastic, but I think going into a different mythology allows us to see a wider array of new things, so it doesn’t just become about scale. It’s also the “why.” What are you doing? Why are you doing this? You have a new lens. You do something fantastic, and it’s no longer just “Look at that! I’m awesome!” It’s more like, “Well, my son and I just went on a roller coaster together.” At its root level, that’s the beginning of the meaning of the beat, but what you see on the screen is this fantastic moment of craziness and chaos – but for the setting, that’s probably the most analogous roller coaster they could go on.

Throughout the entire game, there are so many foundations of firsts and milestones – your life as a kid, your life as a parent – that we’re emulating. Just sort of transposed into the world, so you never really perceive it directly, but you get that sense of “Hey, your first beer with dad.” A cool sense of rites of passage.

The game is still called “God” of War. Kratos is in a new setting with a new pantheon. What can you say about the gods’ roles?
Gods are definitely present. We’re taking place in a time that is pre-Viking, pre-migration. This is a time when the Aesir and the Vanir gods, the giants, and monsters all roam Midgard. So Midgard is very populated, and you’re going to be running into various gods throughout. They’re always present. 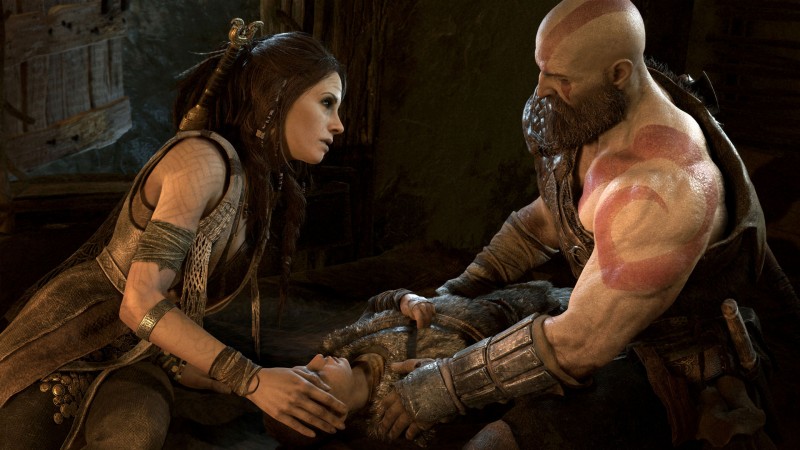 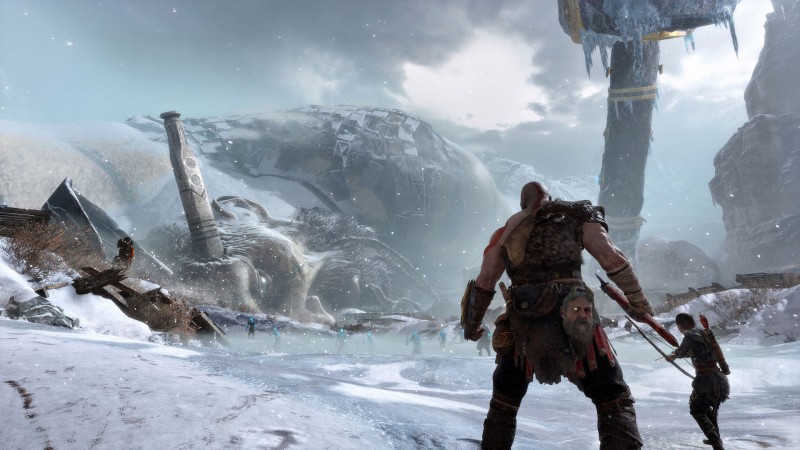 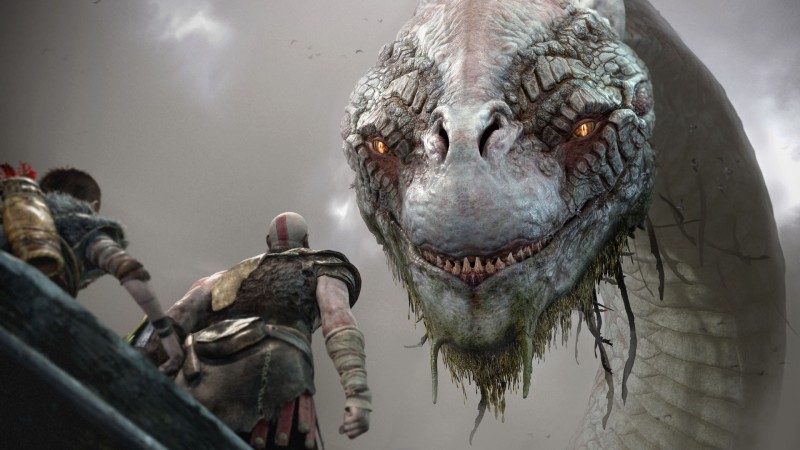 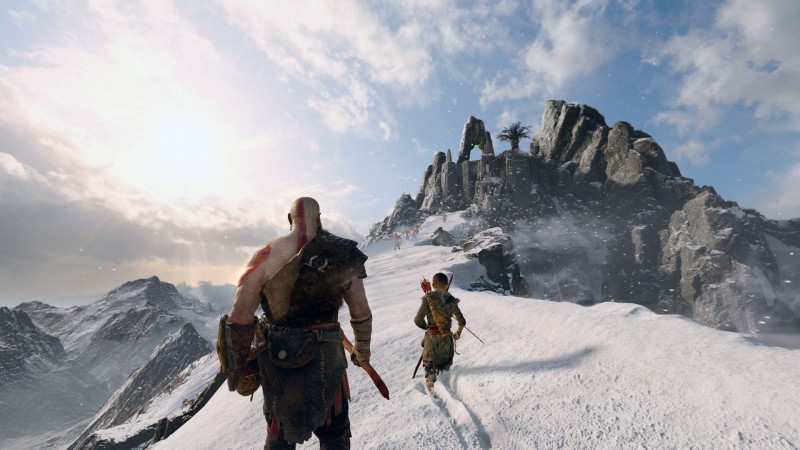 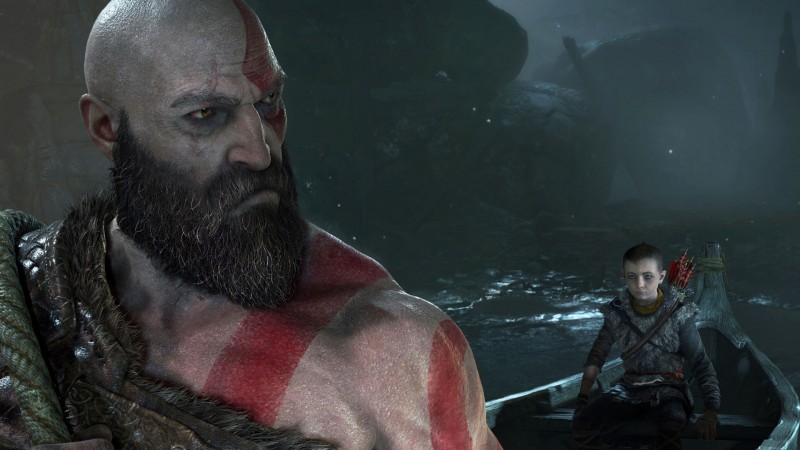 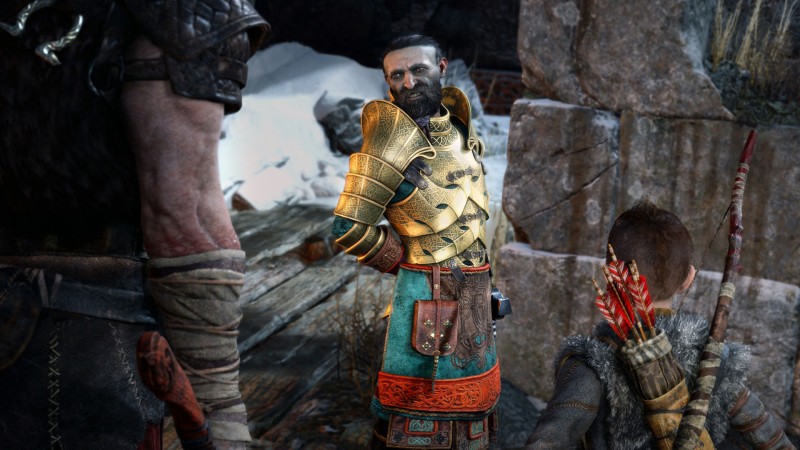 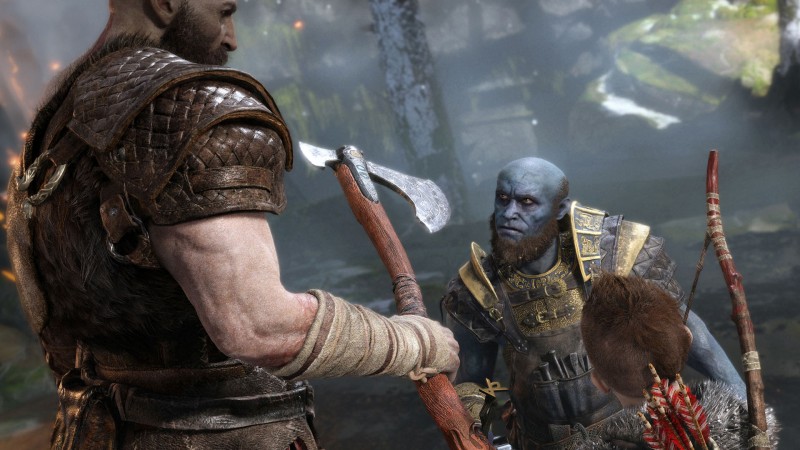 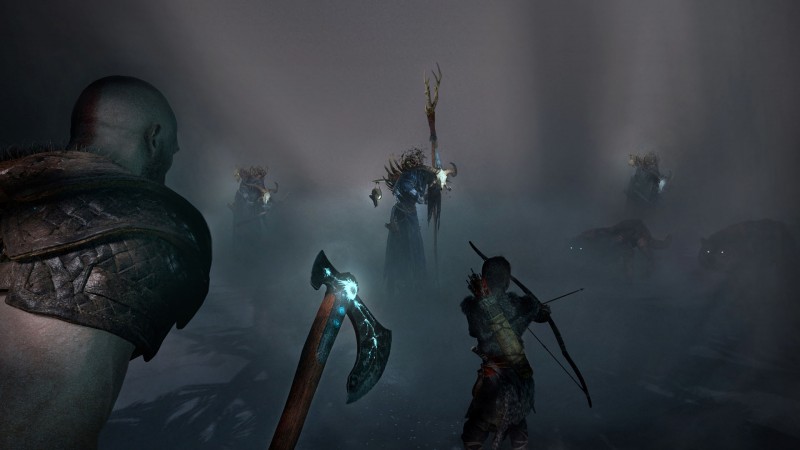 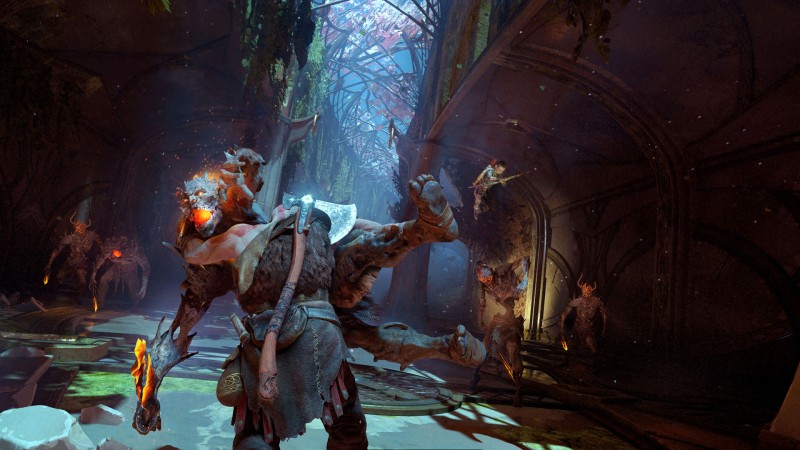