Ubisoft’s major spring releases loom on the horizon. We’ve had chances to throw down in For Honor but our hands-on time with the latest Ghost Recon has been limited – until now. I recently played the first two opening hours of the game, as well as another two hours during a later area of the game, and came away with a stronger sense of what kind of game Wildlands is and how it plays.

During my time with the game, I took part in a number of memorable scenarios in Wildlands’ massive open world that left me excited for its approaching release. Here are some of my favorite things about the upcoming shooter, due out on March 7.

Making Your Character Your Own
It might sound like a silly thing, but one of the most exciting things I got to do during my Wildlands playtime was create my own character. I don’t usually care for character creators since they tend to get bogged down in sliders, but Wildlands’ is easy to access and there are a ridiculous amount of options as far as costumes, hair, facial structure, and equipment go. Multiple camo and color options are available for pretty much every item, as well as locked cosmetic pieces accessible only by completing certain missions in the campaign. You can also access your character customization at loadout caches throughout the world.

I spent 20 minutes making my badass-with-an-eyepatch heroine before I even got into the nitty gritty of the game. The impressive amount of options and streamlined customization menu make it one of the most enjoyable character creators I’ve used in years.

A wealth of customization options are open not just to your character’s physical appearance but also your weapons. Upgrades for the rifles, pistols, shotguns, and submachine guns you have at your disposal are littered throughout the world, sometimes as a reward for completing a mission, sometimes as an item found in camps. Scopes, barrels, handles, and clip extenders all have tangible effects during firefights. Air Infiltration
Wildlands embraces the open-world tactical realism of the first titles in the series, but it’s also looser and more action-focused. This entry in the series plays like combination of Metal Gear Solid V and Splinter Cell: Blacklist set in a massive open world.

During one of the late-game segments, my three player-controlled comrades and I had to get to a camp on the ridge of some mountains far away to fetch some valuable intel. We stole a helicopter from a security checkpoint somewhere in the flatlands, miles away from our target, and slowly crept over the mountains as the sun rose high. We landed a bit away from the camp and fanned out, with two teammates planning to approach the camp from the north, another from the south, and me setting up a post to the east with my sniper rifle.

I sent a drone in to tag enemies as they patrolled the camp and started to pick them off one by one. Four of them were dead before the camp went on alert, but by that time all three of my squadmates were inside, going loud and mopping up the remaining forces before grabbing our intel and lifting out.

The entire mission was over in three minutes, but it was incredibly tense and sold the notion that me and these people I had never met were working together as an efficient unit of deadly covert operatives. Drive Bys
At one point, I was driving along the muddy roads of a mountain with my A.I.-controlled comrades in the back seat. We pulled along a house at the center of the mountain, with cartel members lounging about on the lawn. With the press of a button, my squadmates leaned out of the car and put them down within seconds. It was a brutal, efficient display.

When you play with human players, they can choose when to pop out of the window at anytime (at least in ground vehicles). It’s exhilarating to pull up to an enemy convoy and start a Mad Max-esque battle as you try and race down a truck filled with valuable supplies. The Combat Is Tactical And Fun
As a longtime Ghost Recon fan and avowed hater of bullet-sponge enemies, one of my big concerns was that Wildlands would play more like Destiny or The Division thanks to it being a co-op shooter, requiring a ridiculous amount of gunfire to take down enemies. That is not the case at all.

Wildlands’ combat is tactical and often brutal. Headshots kill, as do chest shots. You can sneak into camps and take out enemies without an alarm ever being raised, but if you do get into firefights, they’re quite fun. Aiming your weapon snap cuts to an iron sights view, but you can also snap out of it with the press of your right thumbstick into a classic over-the-shoulder view. Smaller firefights are often over before they’ve begun, with one or two shots exchanged before enemies fall. Larger firefights take longer and if you’re not careful, enemies can overwhelm you in seconds, which is why keeping in constant communication with your team is necessary.

My only complaint here is that the cover system, which is automatic, doesn't always work. Sometimes when you want to take cover next to a wall your character will just stand there, which is hopefully something Ubisoft can tweak before the game's release.

The Sheer Scope Of It All
Wildlands is a huge game. We only had access to a small region of the full game during my four hours with it, but in that time, I only felt like I had seen half of what was in that region. However, what’s truly impressive to me is that it constantly feels like Wildlands is doing smart things with the size of its world and that Ubisoft isn’t simply resting satisfied with how big the playground is.

Different landscapes give you different tactical advantages. Need to get a look at what’s in this camp? Climb up a rocky formation and peer down below with your scope or send in a drone. If it’s in a forest, creep along the earth, belly to the ground, until you’re ready to go loud. If the target you need to extract happens to be in the middle of some flatlands, have a comrade snipe your enemies, and then rush in to grab the target.

This feels like that rare open-world game that knows how to use its size to its advantage, and that’s rare enough that it’s an exciting prospect.

Ghost Recon: Wildlands is rapidly approaching release, which is a good thing because when I left my station after four hours of nonstop gameplay, I still wanted more. I'm a little concerned about the finicky cover system the game has but I can't wait to get my hands on the final version to see how everything pans out in Ubisoft's ambitious shooter.

If you want to get your hands on Ghost Recon: Wildlands yourself, Ubisoft just announced the dates for the closed beta. 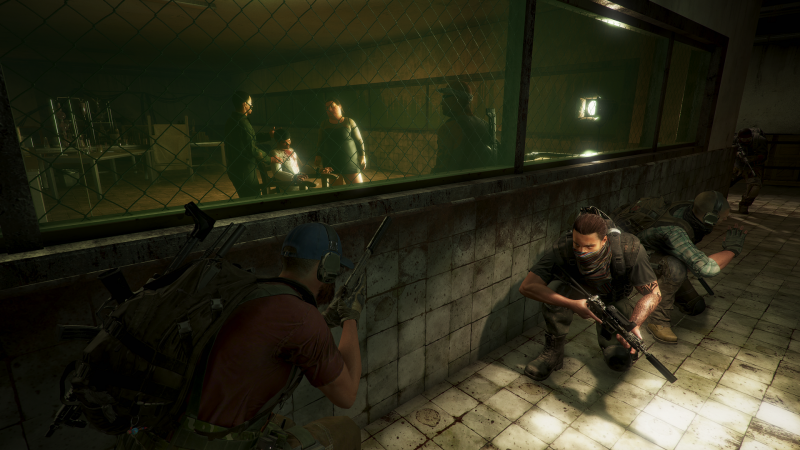 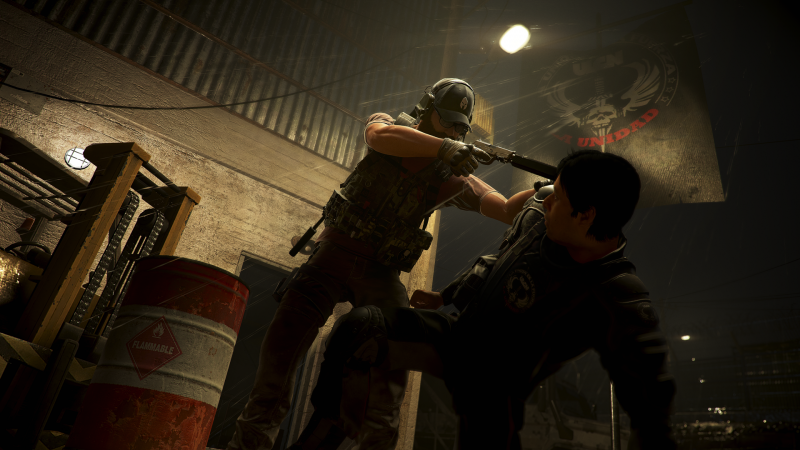 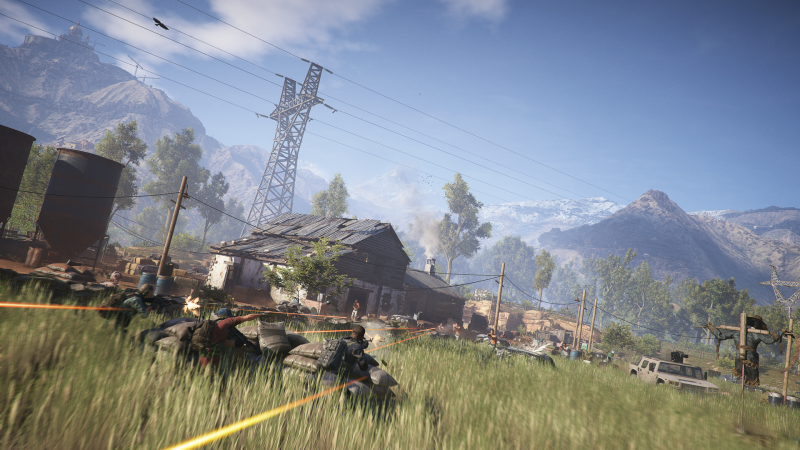 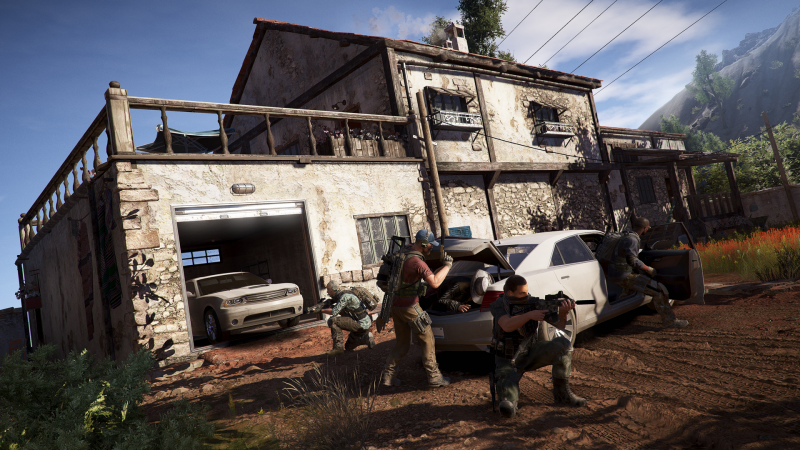