After three games exploring the future of warfare, the Ghost Recon series is back in a modern day setting for Wildlands. Set four years in the future, the game drops four elite military operatives into Bolivia, which has been turned into a narco state thanks to the Mexican drug cartel Santa Blanca and a corrupt government. The ghosts' job? Disrupt this nefarious alliance by picking away at their power base in the largest open world Ubisoft has ever made.

Our first demo of the game shows off the four-player drop-ion/drop-out cooperative play. The ghosts are tracking one Luis "El Chango" Alvarez, a Santa Blanca cartel member who has some valuable information the ghosts need. The fetch mission is made more complicated because the cartel knows he's a snitch and has imprisoned him in a cage in a remote location. At the start of the mission, the four players are split up doing their own thing. The huge open world allows players to wander on their own, but Ubisoft reps told us that your chances of survival decrease greatly the more you wander alone. In this instance, they are simply trekking in vast expanses of empty territory. Experience points are awarded as they uncover new locations, which feeds into the progression system.

One ghost finds a cartel member in a small village and interrogates him for the position of Alvarez. With the intel in hand, the ghosts pair up to secure a helicopter for the main mission. They locate a helipad just beyond a bustling village filled with civilians, cartel members, and UNIDAD soldiers – the army that works for the corrupt government. Like an Elder Scrolls game, every A.I. character has schedules they adhere to over the course of the day. Many go to their jobs, return home for dinner, and then hit the sack after a long day's work. The ghosts could wait until nightfall to steal the chopper, but the UNIDAD presence opens up a good diversionary opportunity.

The cartel and UNIDAD don't always get along, and you can use this unease to your advantage. One of the ghost positioned hundred of yards away snipes a cartel member, which causes the cartel to pull their weapons on the UNIDAD. The ghosts wait until the factions kill most of each other off before intervening and stealing the chopper.

Once the chopper is secured, they fly over to Alvarez's location. One ghosts spots enemies from afar while two others base jump out of the chopper and parachute into the hillside that rises up to the cartel encampment. The chopper holds its position above and the second ghost still in the cabin mans the .50 cal – so he's ready to respond should things get hairy for the tandem moving in to secure the target below.

Making their way stealthily through the village, the two synchronize stealth kills before popping the lock on the cage and grabbing Alvarez. The remaining eight cartel members spot their escape and open fire, so the chopper drops into range and the ghost on the minigun lights up the landscape. This suppressing fire allows the duo to escort the target to a car and start the descent down the hillside. Before they escape the encampment, an enemy pulls the alarm and alerts nearby enemies to the chaos. A frantic chase fight ensues as the duo work their way down to the salt flats where the chopper is waiting to extract the target.

This demo showcased how flexible and effective cooperation can be in the open world, but four-player co-op isn't the only way to play. You can also play solo, issuing orders to the three other A.I. characters. Whatever way you want to play, this third-person, open-world shooter shows loads of promise. If Ubisoft can fill the mountains, canyons, salt flats, and city centers with activities while staying true to the tactical heart of the series, Ghost Recon Wildlands could carve a prominent and unique space for itself in the crowded and highly competitive shooter space. 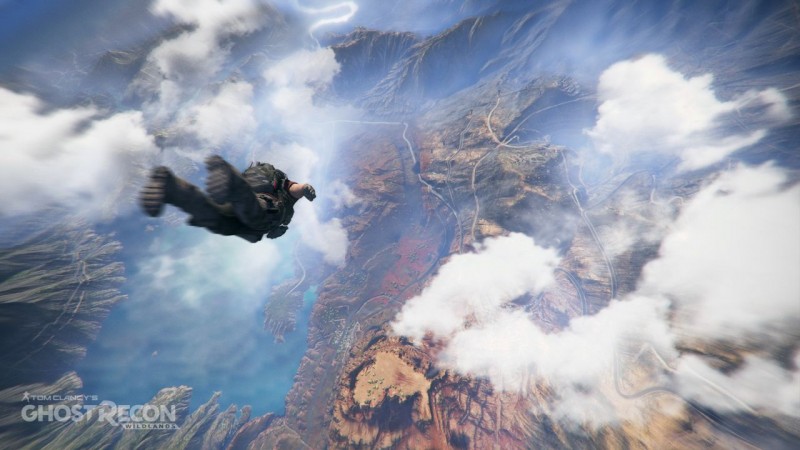 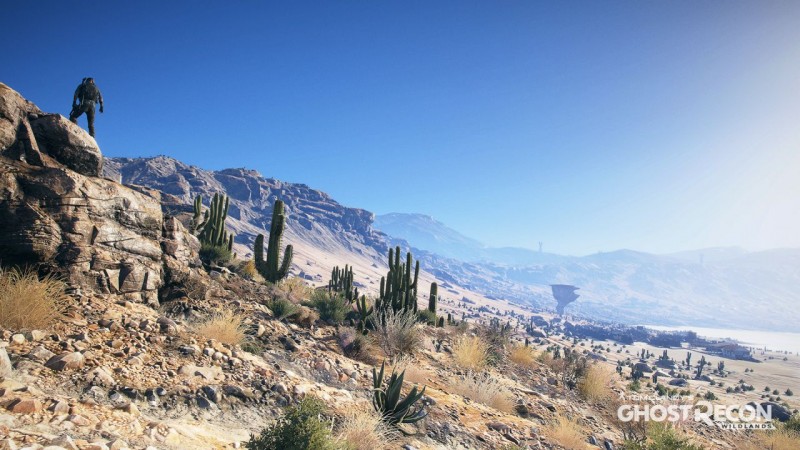 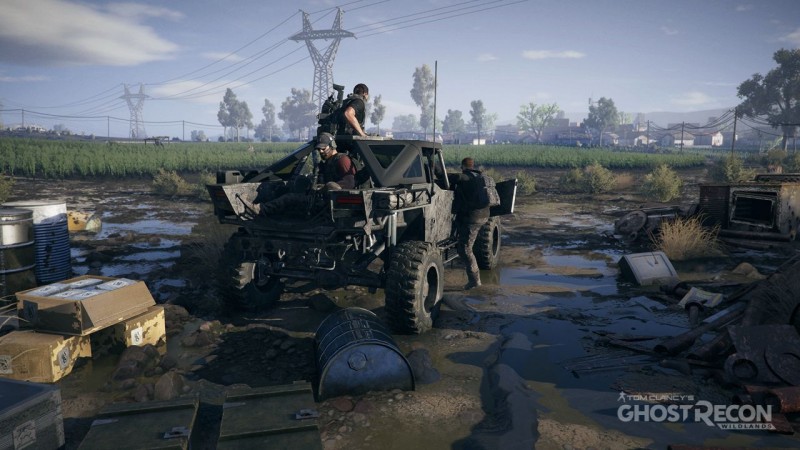 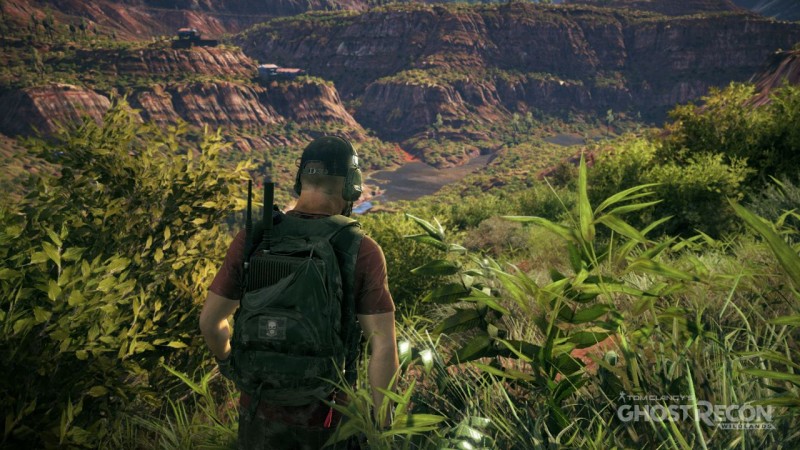 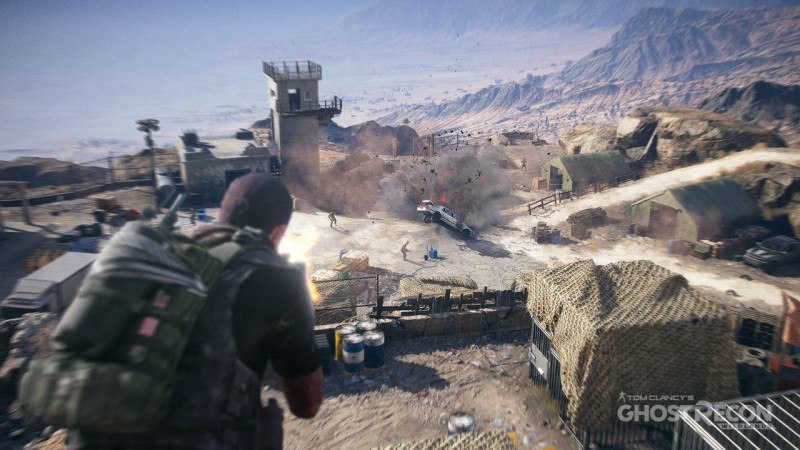 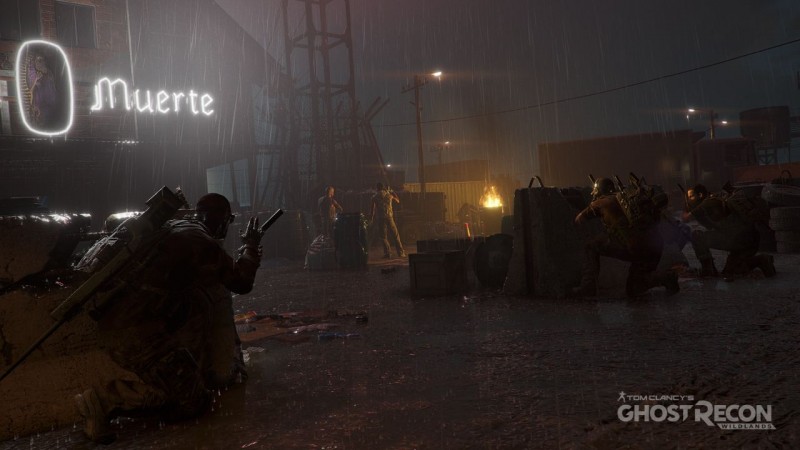 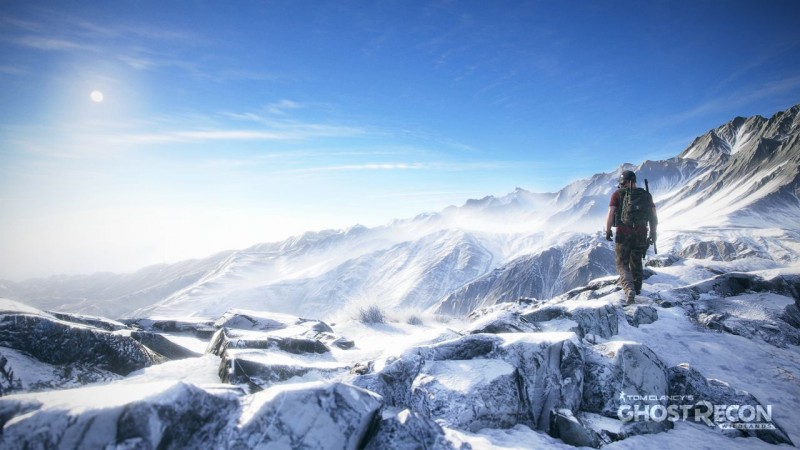 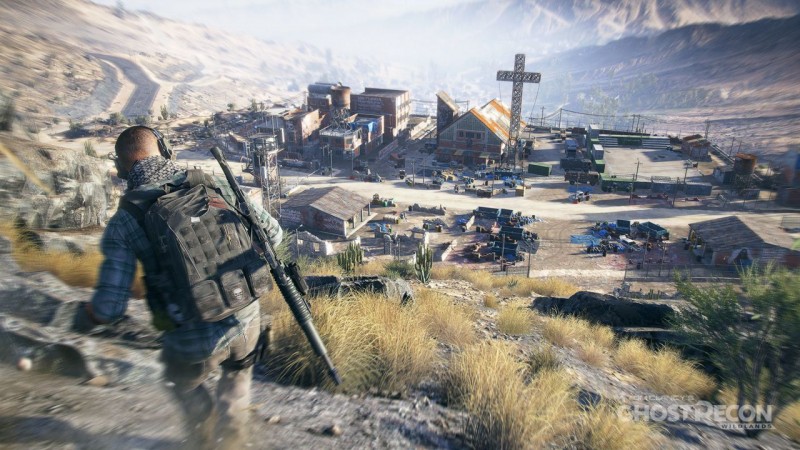 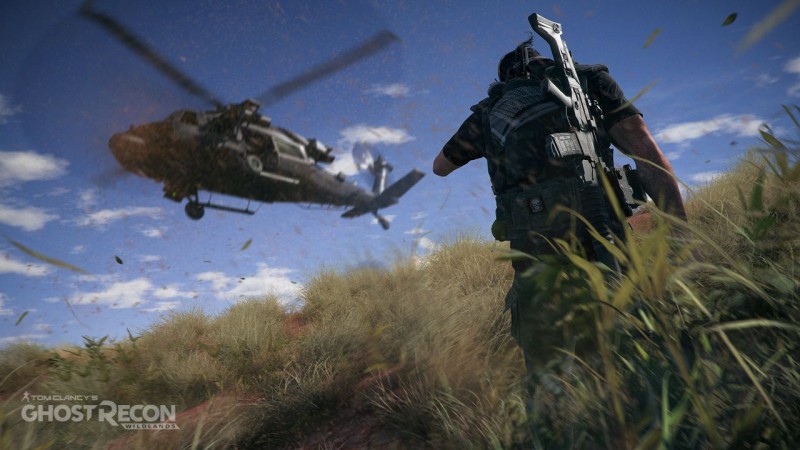 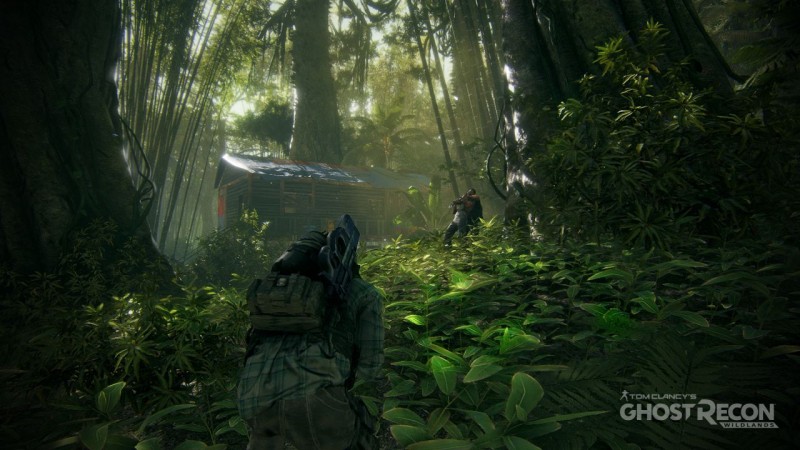