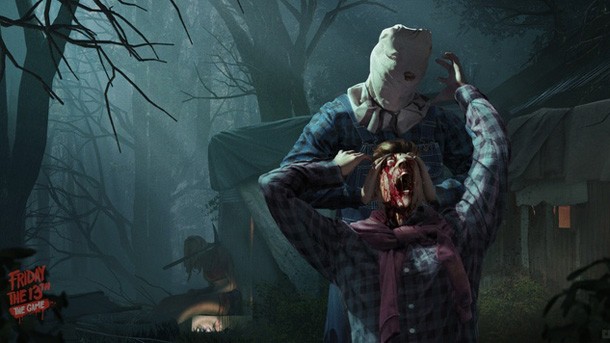 Gun Media has released the first gameplay of its upcoming Friday The 13th game. It's creepy, bloody, and fairly faithful to its film counterpart.

Showing the asymmetrical multiplayer game from both Jason's and the camp counselors' perspectives, this glimpse at gameplay shows how you can either stalk or flee, be predator or prey. As Jason, players are able to see when other players are making noise and can teleport near their locations on the map. Once Jason makes it to a counselor, he picks them up by their neck and finds a killing surface to deal the final blow. On the other end, when playing as a counselor, movement speed is much faster, and players are able to create distractions, such as turning on a radio, and get into hiding spots, such as under a bed. But even those options don't make them entirely safe. Check out the trailer below.

The striking thing about the footage is how well it evokes the early films, despite being a video game coming out over 30 years after the fact. Most notably, its sound design is incredibly faithful, using songs from the time period and the films' original theme.

We got our first footage of the game running in-engine back in April. Friday The 13th is expected to release sometime this year.