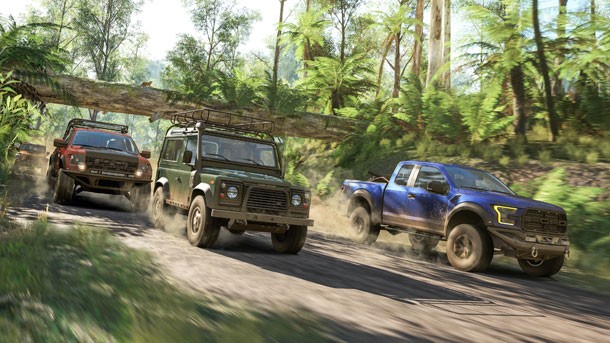 Forza Horizon 3 is expanding, and it's not just because the game's virtual Australia is a massive place twice the size of previous games, nor the fact that it has the most cars for the series (350+). In previous titles in the franchise, as a player you've had to jump through the appropriate hoops to make your way up the Festival ladders. Now you're creating the Festival itself.

Being in charge of the Festival means you choose the events, build new sites, decide where they go, and even choose the music (users can import their own via the One Drive).

This creation ethos extends to the Horizon Blueprint feature. This lets you create challenges (including those from the series' Bucket List), down to the route, number of participants, time of day, entry requirements, and its name. It's difficulty will be set by you completing it. The game will then generate a poster for it and share this with your friends. These creations also assist your position as Festival boss.

The sharing spirit continues with four-player co-op through the game's campaign and any created challenges. Players can drop in and drop out at any point. Furthermore, anything you do in co-op transfers when you go back to single player.

Your friends also appear in the world via their virtual drivatars (they won't populate in the world in real time), and you can see them on your map and race with up to four of them, creating a drivatar lineup. Those friends in your drivatar lineup, and this lineup,  share rewards based on everyone's performance.

Unfortunately the game does not have couch co-op or split-screen racing, but the game is playable offline.

Customization is also a theme of the game, with wide body kits added, more parts, and the ability to select different driver avatars. Per fans' request, the auction house and user storefront will be in the game.

Forza Horizon 3 comes out in September on Xbox One and Windows 10 machines, and features cross-play between their audiences. You also get both versions when you buy either the PC or Xbox One digital version. 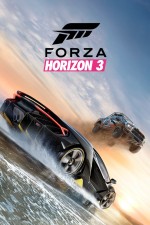