Forza Horizon 2 comes out on September 30 on Xbox One and Xbox 360, and when it does, gamers who've been playing any Forza games since Forza 2 will be rewarded for their activity. Regardless of how long you've been playing, Microsoft and developer Playground Games are also giving you a launch trailer today.

Forza Rewards is a monthly program that gifts players cars, in-game currency, and more based on what they do in Forza Horizon 2 and other Forza titles since Forza 2 (like how many miles they've driven, how many cars they've owned, etc.). The first installment rewards players of certain levels in Forza Horizon 2 with five cars that are not already DLC vehicles. The higher your tier, the better the car.

These cars are cumulative based on your tier, so if you're level six, you get them all!

For another look at the game, check out this gameplay footage.

Note: Video footage is from the Xbox One version.

Update: To check your Forza Rewards tier, visit this site and login with your Xbox Live profile. 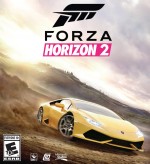