With news that For Honor's closed beta has begun, we decided to upload our preview of the game from the last issue (#286), which covers both single-player and multiplayer content.

Ubisoft’s melee-centered action game For Honor has shared the spotlight over the past couple of years as one of the publisher’s more intriguing emerging properties alongside the likes of Steep. The game takes place in a fantastical world where vikings, samurai, and medieval knights all happen to occupy the same continent, which sounds like a war historian’s dream come true. I recently spent a few hours with its single-player and multiplayer modes to see how the game is shaping up before its release.

Ubisoft has kept a tight lid on the single-player campaign since the game’s announcement, trickling out small details and eventually revealing you play as all three factions. A brief trailer I watched before my demonstration explained the set-up: an unnamed, powerful female knight wants to usher in a great age of war, so she pits the factions against each other, manipulating them into fighting. You play as specific characters in each faction during -this -conspiracy. I played through two levels of the single-player campaign. The first cast me as a viking taking revenge on another group of Scandinavian warriors for pillaging and slaughtering an entire village.

The combat in the single-player functions much like it does in multiplayer: You take on combatants with weapons like spears, swords, and axes, and have to learn when to block, attack, or grab your opponent. Instead of playing out like a hack ‘n’ slash game, For Honor is much more tactical, requiring you to learn enemy stances and attack speeds, knowing the strengths and weaknesses of your characters. For example, if you have a light, speedy character, it’s better to dodge around attacks than block them, as your stamina won’t hold up under a heavy unit’s barrage of blows. In single-player, the enemy units are much weaker (and dumber) than the player-controlled foes you fight in multiplayer. They often go down in a few hits, except for special characters and bosses, who require a bit more effort. Still, these fights are intense, as enemies can gang up on you and take you down if you’re not careful. Items like a health-regenerating flask and bombs help even the odds.

The second level I played starred a much different character than my viking badass: a small, flighty assassin who dances with twin blades. The assassin is charged with sneaking into an enemy viking encampment to destroy a rudimentary elevator used for transporting supplies. The level isn’t really about stealth, as every enemy you come across engages you in combat, but the tone and pacing of it makes it feel like you are an assassin taking out foes one by one under the cover of night and convincingly sets it apart from the full-on war tone established by the viking scenario.

During my hands-on time, I also checked out the new multiplayer mode, Elimination, as well as its Faction War metagame. Faction War is a seasonal mode where players choose one of the game’s three armies to fight for (you can still choose whoever you want from whatever faction during matches). Each faction vies for control of the continent during the season. Rewards like weapons and cosmetic armor are divvied out to participants, and in-game conditions like weather in certain maps are influenced by the Faction War. I didn’t see too much of Faction War in action, but what I did see suggests an ambitious overlay designed to give players a generous amount of (free) content in the months following release.

Elimination is a fun time, pitting four players against four in oval-shaped maps in a fight to the death with no respawns. Teammates can revive one another, but that’s a tricky proposition given how small the maps are and how an enemy can creep up behind you for a death blow while you’re reviving another player. Like the Duel mode, the victor of Elimination is decided by whichever team takes the most wins out of five rounds.

I came away from For Honor impressed with what I played. I’m still curious to see if Ubisoft can pull off its sprawling campaign as well as its ambitious seasonal metagame plans, but so far it’s really fun and challenging 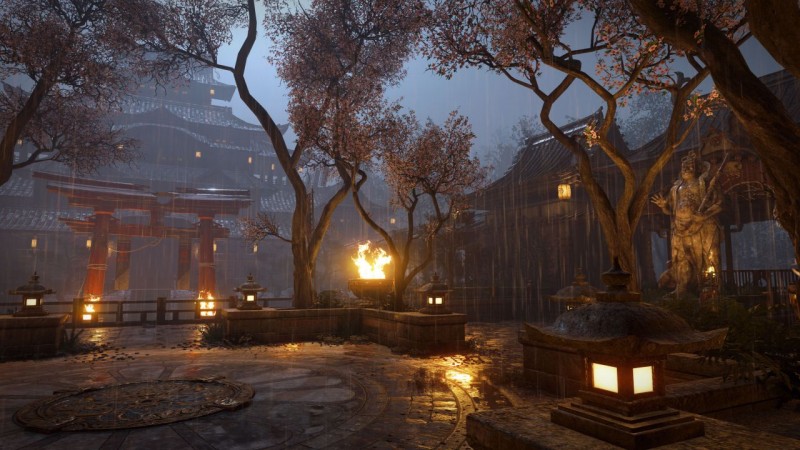 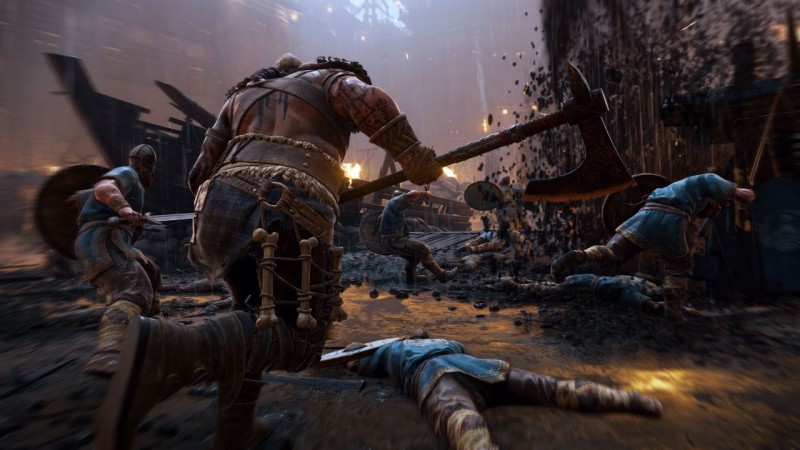 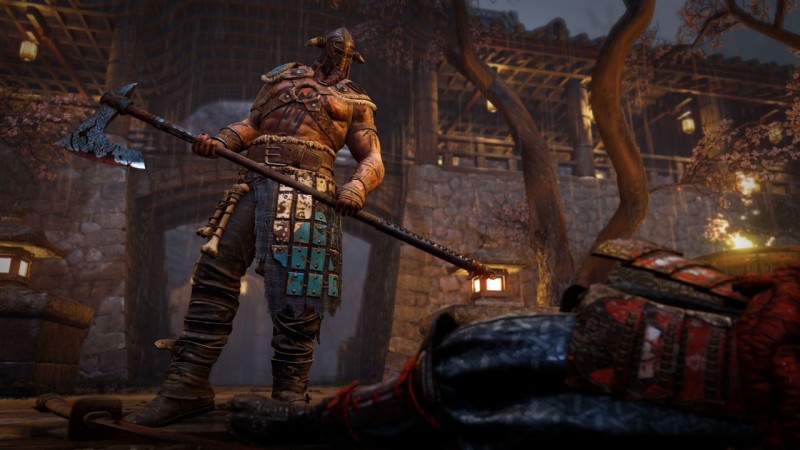 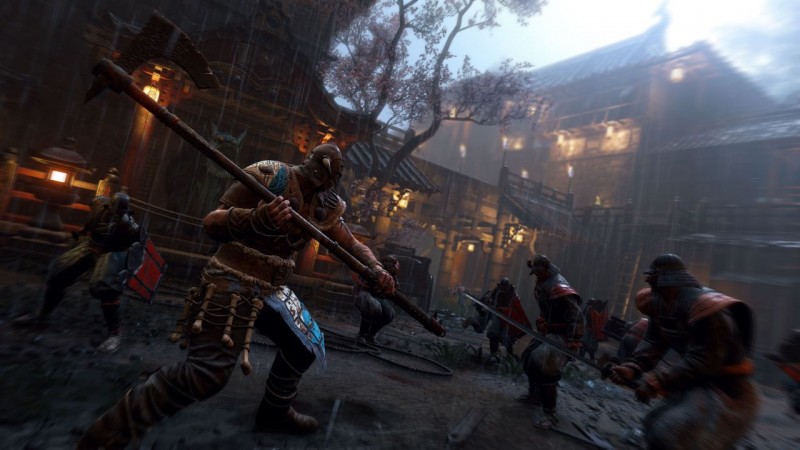 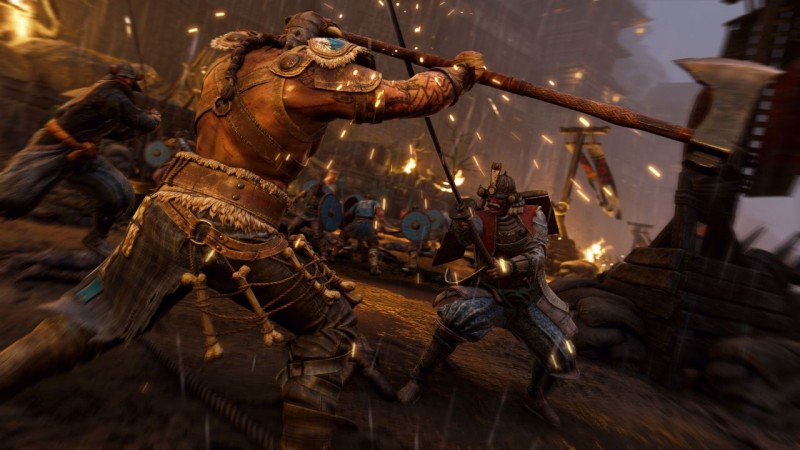 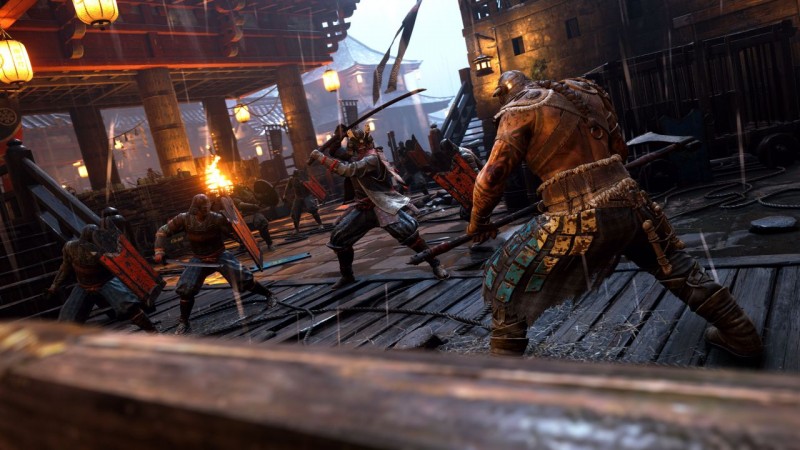