Campo Santo, the super-studio made up of Telltale, Double Fine, 2K Marin, Klei Entertainment, and Lionhead veterans gathered at PAX yesterday to give us the very first look at the team's inaugural game, Firewatch. With art direction from famed 2D artist Olly Moss, the title is taking on a unique look, with lofty goals for player engagement.

In Firewatch, players take on the role of Henry, a newly hired lookout in the Wyoming wilderness. The game is first-person for both immersion and practical reasons. It's really expensive to make a third-person game," said Sean Vanaman (Telltale's The Walking Dead), one of Campo Santo's founders. "To do on screen all the things we want you to do in this game would be expensive, because of your expectations."

Players will be tying off ropes and climbing down, and with expectations high for what that should look like thanks to games like Uncharted and Tomb Raider. "'This is not Nathan Drake, therefore it's bad,'" Vanaman said of expected player response. "We're not going to hit Nathan Drake."

Firewatch's premise is also based on isolation, and putting the player character on screen would work counter to that intent. "There's a big difference between your relationship with a character in a third-person game like Uncharted and a first-person game like this," said audio designer Chris Remo (Irrational, Double Fine – The Cave). "You're playing as [Nathan Drake], but he's also your affable buddy. The fact that he's on screen means you're hanging out with him and he's quipping and he's fun. In [Firewatch], you're alone and isolated. Your only means of communication is with a radio. If our guy was being expressive and cool in the middle of the screen, I think it would lessen the thematic resonance of being alone and surrounding by the wilderness."

The team gave the audience a live demo of the early part of the game, as Henry starts his first day living and working in his tower. Henry's only lifeline is Delilah, his supervisor, with whom he communicates by radio.

Unlike other games that use a radio mechanic for speaking with distant NPCs (Metal Gear Solid, for instance), the radio is omnipresent. You can raise it with the press of a button, without going into a menu, and speak with Delilah about anything. She'll remember and react to what you say, similar to Telltale's The Walking Dead, but without the "_____ will remember that" indicator letting you know when you've altered the narrative.

In the demo, piloted by Jake Rodkin (Telltale's The Walking Dead), a contrarian approach was taken to progress. Instead of blindly following Delilah's instructions to look at specific things in the tower or outside, Rodkin looked around, picked up books, rearranged some things on the desk, and generally did what players do.

Delilah reacted appropriately, and commented on Henry taking a long time when Rodkin finally complied, mentioning that she did the same thing on her first day. Henry is called into action quickly, as Delilah sees fireworks set off in the middle of the forest (a significant fire hazard).

Henry must travel to the location and confront the campers. Along the way, Delilah tells him to find a supply box, of which there are many. All have the same combination on the lock: 1234. This prompts one of the many funny moments we witnessed in the brief demo.

The writing is sharp and feels natural thanks to the fluidity of immediacy of dialog between Henry and Delilah. Campo Santo is trying to account for many things that players might do, and even brought in at least one real forest ranger to play test the game.

In that instance, the ranger wanted to clean up beer cans found in the park, which lead to the inclusion of being able to store items in a backpack at the press of a button. Alternatively, as Rodkin showed us, you can throw the beer can back on the ground, to which Henry mutters that he's "not the *** maid."

As Henry nears the fireworks site, he finds two sets of womens' undergarments on the ground and hears music. The two are skinny dipping and are on a small island in the middle of a lake.

Henry can choose a number of ways to deal with this. Rodkin decided to toss the boombox in the lake, prompting some colorful language from the distant, naked, and now angry women. Firewatch isn't all naked pyromaniacs, though. The game weaves a mystery over the course of Henry's summer as a lookout, and it begins upon his return after confronting the women. His tower has been vandalized, his typewriter thrown out a window, and his sheets stolen. Henry is supposed to be alone in the woods, so who could have been in his tower, and why would they choose to desecrate it? You'll be exploring the forest for clues while completing tasks Delilah sets out for you.

Campo Santo doesn't want to resort to classic methods of blocking player action like invisible walls and dialog like, "I can't do that," though. "The goal of the game and the dialog and the way we build our event system is to just say 'yes' to the player as much as possible," Vanaman says. "We lay out the environments in a way that we think is very interesting and subscribes to good game design, and then we watch each other play it. We try to generate dialog and possibility space for things that people want to do."

The result is intended to be a very personal experience, and while there are possible branches of the main story (similar to The Walking Dead), Firewatch isn't intended to be replayed multiple times consecutively. "I want people to get to the end of the game and feel like that was such a cohesive view of the events and the people involved that they don't want to play it again, they want another story at that same level of choice," says programmer Will Armstrong (2K Marin - BioShock 2, The Bureau: XCOM Declassified)."

However, there are reasons for players to return. "It's not a Skyrim or a GTA," Remo tells us. "But there are a lot places you can go before you're supposed to or before Delilah tells you to. We can imagine that on a second playthrough someone who has already played through the game will be more thorough or try to break the game. We're trying to do our best to support that stuff as much as possible, so if you do go somewhere early it's not just arbitrarily locked. Either there will be a reason it's locked, or you can straight-up go there and there will be something that reflects the difference between then and when you're supposed to go there."

After the demo and the trailer (above), I'm eager to explore the Wyoming wilds and unravel this mystery. We'll have our chance to do so in 2015. 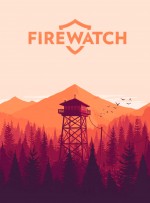