Players who were looking forward to a completely open-world experience in the upcoming Final Fantasy XV should recalibrate their expectations. In an interview with Famitsu, the game's director says that the open-world structure is present for about half of the game, but that it becomes more focused and linear as it goes.

Director Hajimi Tabata told Famitsu – in an interview that was translated by Siliconera – that the game was structured that way so that players wouldn't get bored "as the rest of the game tightens." He went on to say that players who focus on the critical path can expect to spend between 40-50 hours with the game.

Tabata was hesitant to characterize the game as being open world when we spoke to him during our earlier cover story. “From the start of development, we set out to not make something that was free-roaming, open-world," he told us. 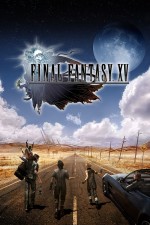