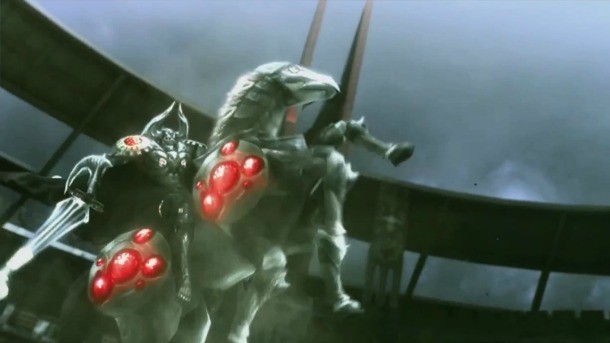 Final Fantasy Type-0 HD’s release date is fast approaching and to further prepare you for the game, Square Enix has a released a new trailer showing over six minutes of footage. The trailer focuses mostly on the gameplay and combat, but does talk about the premise of the story as well.

In the trailer, we also get a look at Academia, the home base for Class Zero, a general look at the types of missions you’ll undertake, and how to navigate the overworld map with the return of chocobos (which you can breed) and airships. The trailer is rounded out with a glimpse at powerful summons and an example on how to upgrade magic.

After the Type-0 HD trailer ends, we get a familiar look at Final Fantasy XV Episode Duscae which launches alongside Final Fantasy Type-0 HD on March 17. You can gain access to the demo provided you pick up a first run copy or download the digital version of Type-0 within the first two months of release.

If you are interested in learning more about Type-0 be sure to check out previous trailers focusing on the characters and combat. Also if you want to see more of Final Fantasy XV, check out the archived version of the latest Active Time Report that has over 40 minutes of footage.