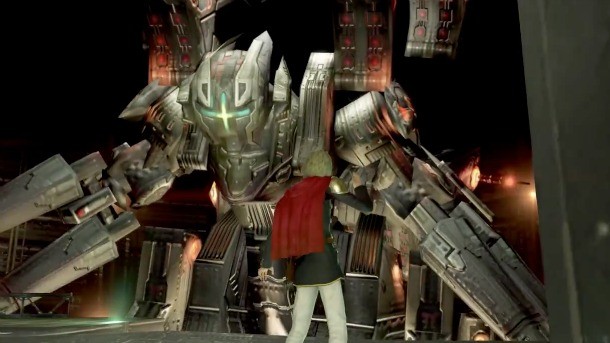 The fast-paced, real-time combat of Type-0 may not be what series fans are accustomed to, but then again, this isn't a typical Final Fantasy game. Square Enix's latest trailer goes into detail about the battle system, giving a brief overview of mechanics like magic, summoning, and how to revive fallen party members.

In the video below (which is loosely framed like a fake news report), you can see how the gameplay in Final Fantasy Type-0 HD unfolds. It's a far cry from the turn-based system that old-school fans know, but the game's story and world seem right at home in the Final Fantasy universe. If the visuals look a little rough, remember that this was originally a PSP title that is now seeing release on both PS4 and Xbox One.

If the video has you intrigued, read up on what to expect from Final Fantasy Type-0 based on our hands-on impressions.