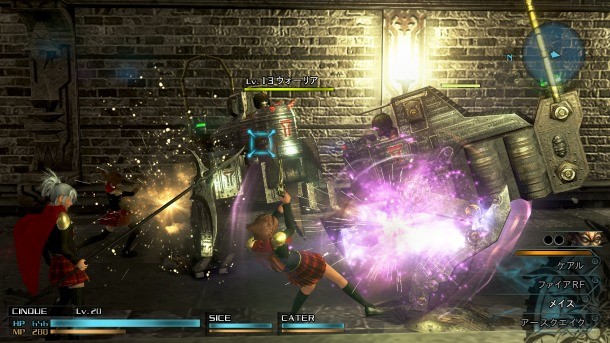 Final Fantasy Type-0 originally came out for the PSP in 2011 over in Japan, so you can be forgiven if you're not familiar with the game's story. However, this new trailer for Type-0 HD – the version coming to the PS4 and Xbox One – will catch you up to speed.

The Militesi Empire has invaded Rubrum and the other two nations that comprise the land of Orience. Each state has its own powerful crystal that contains special power. While Milites has found a way to subvert Rubrum's crystal defenses, students of an elite group called Class Zero stand defiant.

The trailer also gives you a glimpse of the game's party-based action combat, which allows you to switch among three characters.

Final Fantasy Type-0 HD comes out for the PlayStation 4 and Xbox One on March 17.

For more on the game, take a look at this previous preview with information from the game's producer, Hajime Tabata.