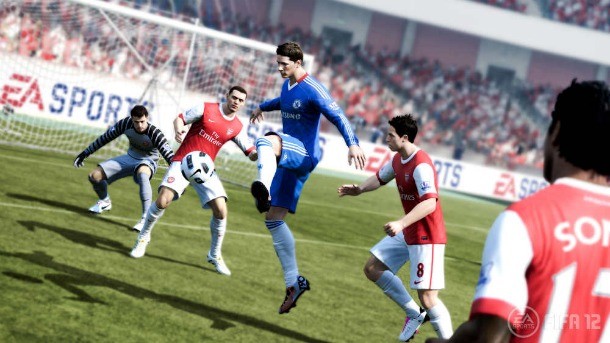 FIFA 12 shows off its new physics engine, and EA Sports divulges details on how it's tweaking the gameplay and game modes.

As the video below demonstrates, the new physics system, dubbed the Player Impact Engine, promises to add more realistic physicality between players because it continually processes data from all the points of contact on players' bodies to determine collision outcomes. Hopefully this works as good as it sounds, as physicality in past FIFA titles (and soccer games in general) has been pretty basic in its appearance and function. I'm particularly interested to see what this does for players going up for headers into the box.

In a press release, developer EA Canada says it's also adding more control for players dribbling the ball (allowing navigation in tight spaces) and a new defensive philosophy that "places equal importance" to positioning, intercepting, passes, and tackling. These comments are rather vague, so we're curious to see how it all works on the pitch.

Last year, the game promised to make star players come alive, but the changes in behavior weren't always noticeable. FIFA 12 hopes to make good on that original promise by making players more aware of their own strengths and weaknesses, as well as those of the players around them. Gamers should be able to do things with elite-level players that they cannot with average ones. EA Canada claims this includes players with good vision being able to pick out teammates making runs that others might not see. Imbuing players with more self-awareness of their abilities should also hopefully make each match feel different.

Finally, FIFA 12 promises improvements to last year's bare bones career mode, including player morale, form, the influence of league positioning to your team's performance, and other off-pitch decisions. EA says this includes "storylines from the real-world sport" that will impact your team. Perhaps we'll see affairs and all sorts of illicit behavior, but I seriously doubt it. Still, this sounds like a great start for FIFA 12.

Check out the trailer below, as well as the gallery of screens. 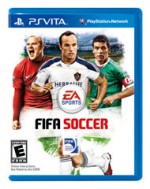