Gamers were excited when FIFA was announced for the Switch, but this was tempered by the fact that it was a game custom-made for the console. While that may sound luxurious, in the sports video game world it meant that the soccer title wouldn't have the same features as the PS4 or Xbox One versions. This is indeed the case with FIFA on the Switch, but after spending some time with the game, I'm more impressed with it than I admit I thought I would be.

The main thing is that it feels like FIFA. The Switch version doesn't use the Frostbite engine (and therefore doesn't have the Journey story mode), but it looks great, and it moves and reacts like you'd expect from the series – even a little tighter than FIFA 17. On the handheld screen it runs at 720p/60fps, and 1080p/60fps when docked. While it doesn't match all the gameplay changes for FIFA 18, it does include some of them such as the revamped crosses, slow dribble controls, and hard tackles.

When it comes to physically playing the game (I played it undocked on the handheld screen), I didn't have a problem playing it like I normally would. It supports all controller configurations of the Switch, although if you play it with the Joy-Con controllers detached and held sideways you not only lose the ability to perform skill moves, it simply isn't comfortable.

As far as features go, a big plus for the title is that it includes FIFA's popular Ultimate Team mode. Moreover, EA is running all the same promotions, tournaments, card drops, etc. as the other versions at the same time. The mode also includes everything from auctions to the new Icons soccer legends cards.

A cool Switch-specific feature is called Local Seasons (modeled after the Seasons multi-game online format) which you can play against a nearby friend without internet via the hardware's local wireless. I asked producer Andrei Lăzărescu from developer EA Romania if there are any other Switch-exclusive features still unannounced, and he said, "maybe."

The producer says that the Switch version features the core elements of the career mode for FIFA 18, but given that EA hasn't detailed that mode at all for any of the versions of the title, it's too early to say what exactly is missing. The game also includes the women's teams and Cup tournament, as well as all the leagues, teams, and kits of the current-gen versions.

I'd certainly prefer the Switch version of FIFA 18 to have all the same features as the other versions. Regardless, FIFA 18 is definite step up from previous port attempts that were woefully inadequate. It's a game that not only has a capable feature set, but a solid gameplay foundation. 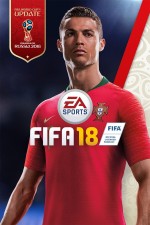