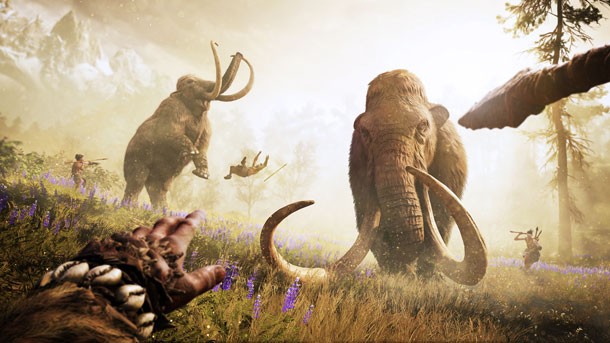 The Far Cry series has always been about survival in interesting locales, but Far Cry Primal is taking things to a new era: the Stone Age. Many have wondered how this change would affect the franchise. After all, so much about Far Cry has been tied up in its gunplay and bombastic explosions, but taking the journey to such a primitive time doesn’t afford those opportunities. Recently, we got hands-on time at PSX to see how the game was shaping up, and were surprised by some of the fun new layers.

It’s Still Very Much A Far Cry Game
No guns? No cars? No problem. Far Cry Primal makes up for these things with new elements that makes your battle against the wilderness feel exciting. Instead of cars, you can move around the landscape on the backs of various wildlife, such as woolly mammoths and sabretooth tigers. You still search the land for resources and hunt animals for crafting supplies, but everything fits the time period, like using animal bones to craft your next weapon.

Various outposts are on the map to take down to bring you one step close to dominating the land. More importantly, danger has always lurked all around you in Far Cry, and this entry is no different. In fact the Stone Age makes it even more brutal with rival tribes and vicious beasts, who all will do whatever it takes to ensure their survival. Think you’ve succeeded by taking down a beast you’ve been chasing down? Think again. The animal’s scent could attract other predators just waiting to steal your hard-fought prize. Nobody plays nice, but you could lead your own tribe and gain ownership of the land. Isn’t that really what Far Cry is about, anyway? Feeling like you’ve truly conquered every facet of your destination. 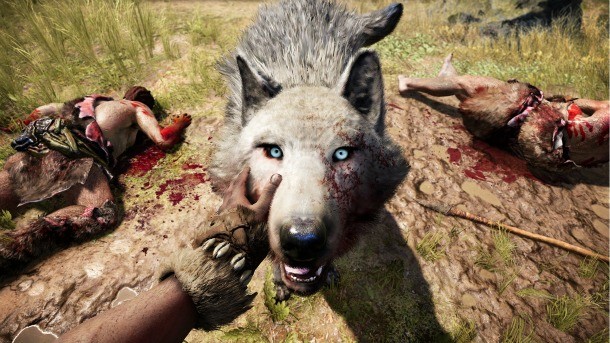 Recruiting Animals Adds Some Much Needed Variety
My favorite part of the demo was seeing how much recruiting animals can change the tide of battle and make hunting down wildlife even more fun. Every animal has their own unique abilities. For instance, wolves alert you of incoming danger and jaguars excel at stealth attacks. You start with an owl, who you can send out to track down resources for you, which marks their locations on the map. As you venture the land, you’ll come across more animals ripe for recruitment. All you need to do is throw out meat in their vicinity to get in their good graces. This may seem simple, but you need to push throw a ration right in their line of sight. Animals move on their own and if they detect any movement from you, they’re sure to scurry away. Timing is everything.

After succeeding at luring an animal to your side, you just bring up the animal wheel to swap between them. You can only have one at your side at a time. Your critters can help you in a variety of situations, depending on how you want to approach battle. For instance, if you want to go all aggressive, you can throw your bear in, who attacks everything in its path. No matter your fighting style, you’re sure to find one buddy out in the wild who will suit it. 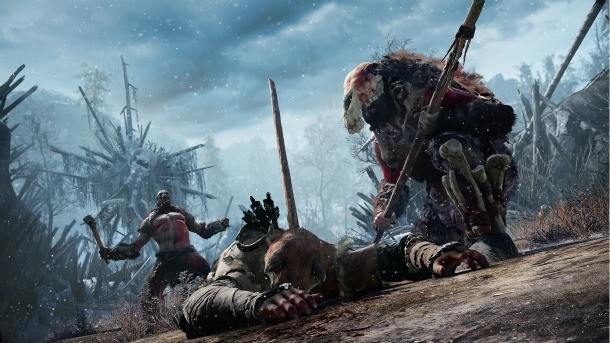 An Unpredictable World
Far Cry has always excelled at creating tension in its chaotic backdrops, but going into a more savage time period only intensifies this. Before you didn’t know what you’d confront in the wild, now even your allies bring exciting unpredictability to battle. For instance, I stormed an outpost, striking every foe in sight with my club, but I also noticed my jaguar doing just as much of the heavy lifting. At one point, I turned around to see a tribesman charging toward me, but before he could make it even further, my jaguar sneaked up on him, blindsiding him with a killer strike. It was a cool moment -- one that I felt captured the true thrill of having an animal at your side. Better yet, who knows where your next adventure in the land will take you. Primal promises to show of the world in its infancy, from its redwood forests to murky swamps, which is exciting in its own right.

What has you most excited for Far Cry Primal? Let us know in the comments below.