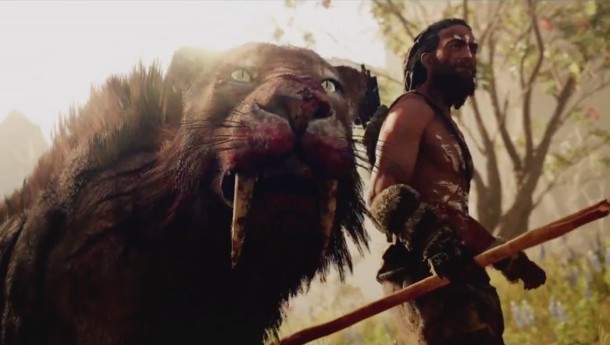 Far Cry Primal might be a heavily fictionalized interpretation of human prehistory, but that hasn’t stopped Ubisoft from injecting a hefty dose of authenticity. Instead of conventional voice over, the upcoming game features new languages crafted by linguists.

In a new behind the scenes video, professors from the University of Kentucky discuss how they adapted prehistoric language for the game. Assistant professor of German Brenna Reinhart Byrd and assistant professor of linguistics Andrew Miles Byrd used ancient Proto-Indo-European as the basis for the multi-dialect language found Far Cry Primal.

Because there are some words we simply don’t have correlations for in the thousands of years old language, the duo had to fill in the blanks. Because one of the factions is more advanced, their dialect reflects refinement in the language.

In addition, Ubisoft has released a new gameplay trailer. You can see some of what’s in store when the game hits retail and digital channels for Xbox One, PlayStation 4, and PC on February 23.