Leading up to E3 2017, the highly anticipated new installment in the Far Cry franchise proposed a unique setting and premise: taking down a fanatical cult of religious zealots in Hope County, Montana. While many questioned how deviant Far Cry 5 would be from the rest of the series, the E3 gameplay premiere shows a game that fans will quickly recognize as the same old Far Cry.

The premiere begins on a hill overlooking what appears to be an execution. The tagging of henchmen and hostages at the cult outpost immediately rings as familiar. Your customized player character then orders his hired sniper Grace to take point on a water tower to cover his assault. As the player approaches the group, it appears the weightiness of movement and combat is still present in this entry. Once the player gives the order, shots are fired.

We're then treated to a montage of all the ways to kill in Far Cry 5. First is the canine ally Boomer, who snags a weapon midair as an enemy is shot in the face. Amazing. Next is the air support, Nick, who fires an airstrike from a modified amphibious aircraft. Finally, Ubisoft shows us the kind of hell that can be raised with a co-op buddy. Death-by-tractor seems like a particularly excruciating method of killing.

On top of the single-player campaign, players can create their own destruction in the level editor, which Ubisoft says can be enjoyed "with or against your friends." It's worth noting that there has been no explicit confirmation on if competitive multiplayer is returning.

For a more in-depth demo featuring Boomer the dog, watch the video below. Far Cry 5 launches February 27 on PlayStation 4, Xbox One, and PC.

And for the basic fact sheet of everything we know about Far Cry 5, check out our preview from last month. 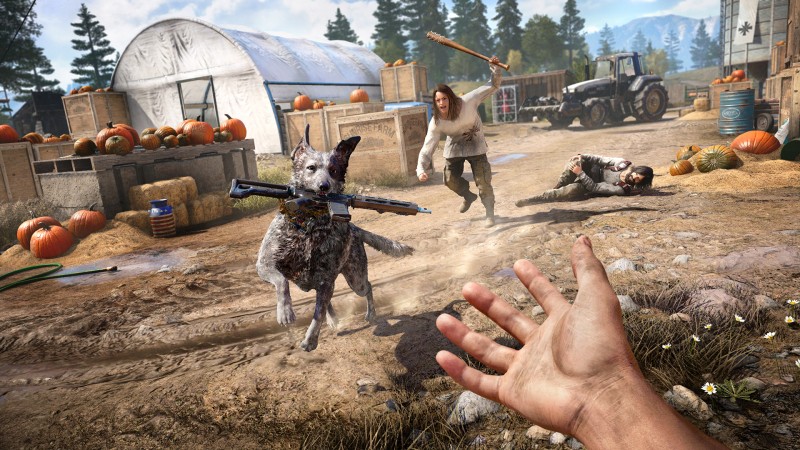 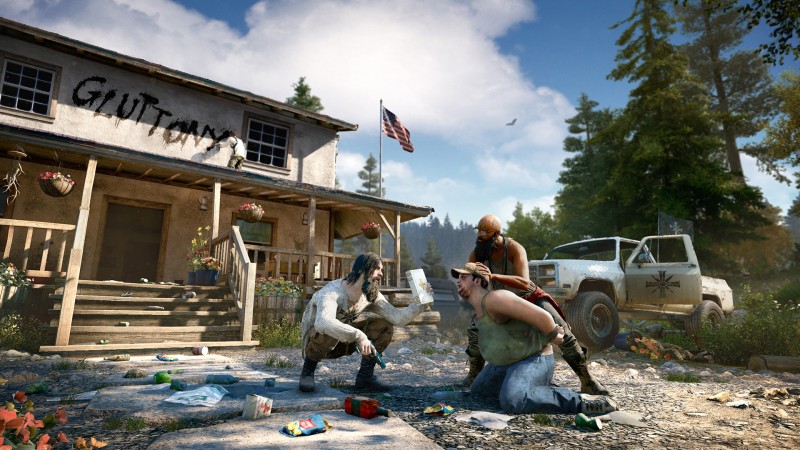 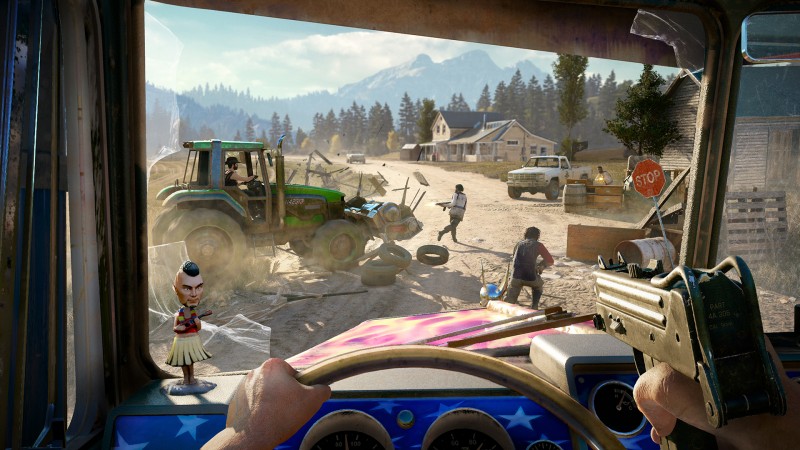 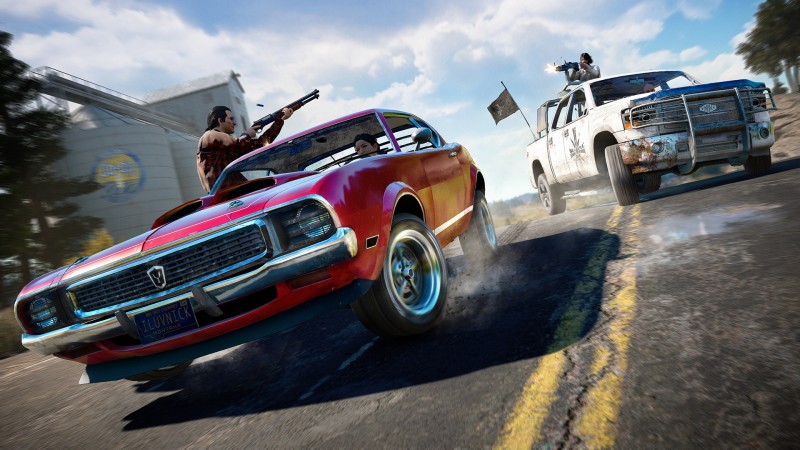 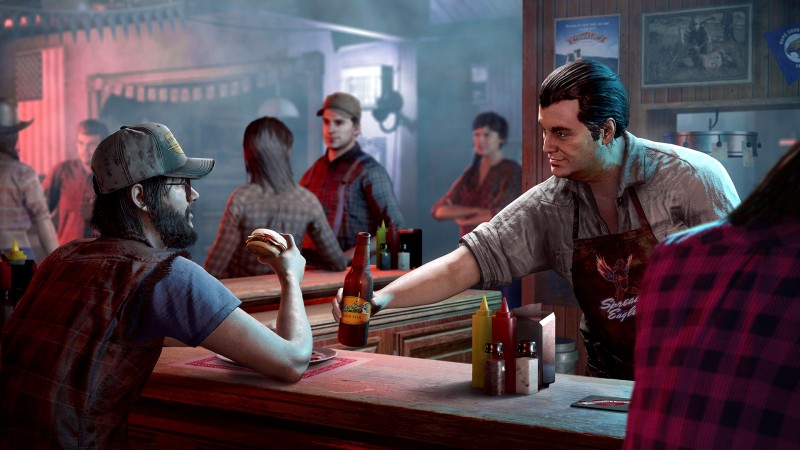