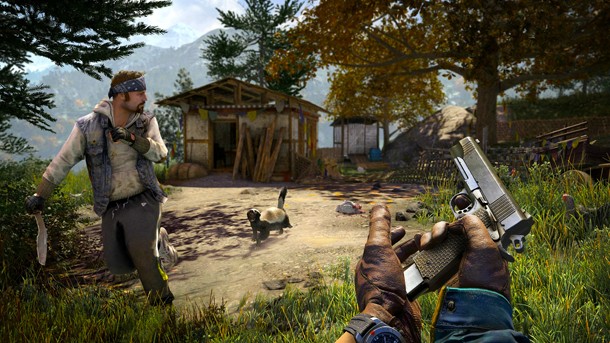 Far Cry 4 will set us loose in the treacherous mountains of the fictional country of Kyrat. If the previous entries in the series are any indication, we'll have our hands full of armed militants and angry wildlife.

The launch trailer follows the recent trend of "101 Videos," featuring basic information to bring you up to speed on the world, the weapons, and the "weaponized elephants." Normally we wouldn't go in for the marketing lingo, but there's just something about pachyderms girded for war that feels right.

Far Cry 4 also features co-op play during the campaign and player-versus-player modes. The title is out on November 18 for Xbox One, Xbox 360, PlayStation 4, PlayStation 3, and PC. For more, check out our preview from Gamescom.