This isn't the first time we've met Hurk and his explosive monkeys, but this is the first time we've seen one his missions played through to completion. The video below shows a full playthrough of one the DLC character's missions with a little bit of narration from the game's Producer. You'll see a stealth path in, and a chaos path on the way out.

Far Cry 3 is set for release on December 4.

[Editor's Note: Game Informer is a subsidiary of Game Stop] 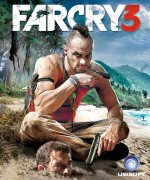