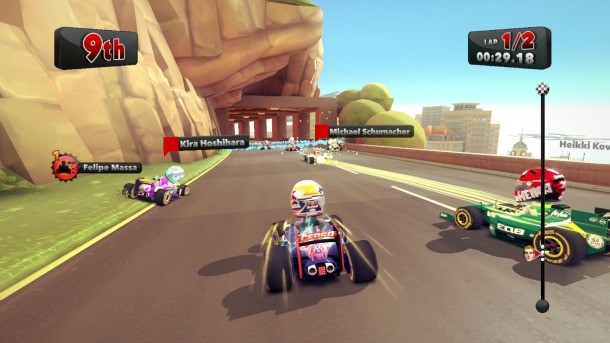 F1 racing is considered the pinnacle of racing around the world. Likewise, the F1-licensed video games tend to be very simulation based. F1 Race Stars, however, takes the sport into kart racing. Read on for my hands-on impressions of the game.

Naturally, because Race Stars is a kart racer, there are a number of conventions in play here: power ups, bobble-headed drivers, and fantastic tracks complete with jumps, shortcuts, and moving obstacles. The game also gives a few nods to the sport in attempt to differentiate it. KERS zones around tracks are areas where you can build up boost acceleration by throttling the gas, it is usually necessary to pit at least once per race to repair damage, and Refuel Racket races are a cool way to incorporate the weight of fuel into races. Here, your car goes faster the less fuel you have in your tank, but you have to make sure you don't run out during a race by picking up fuel icons at strategic times. Also, tracks – fantastic as they are – are inspired by real-world F1 tracks, and as such you'll see your share of hairpin turns and chicanes.

Apart from some of these nods to the sport, the game features many traditional kart racer/racing staples. Different race types like elimination and Trophy Chase (where you collect trophies) offer some variety, and a bunch of power-ups (including added power variations specific to real-life race teams) keep things moving in the 90 career races. The game also supports 4-player offline splitscreen as well as 12-player online racing.

In general, the racing is smooth, with the expected amount of rubberbanding for a kart racer – although in my time with the game in the early stages, I didn't experience anything that was too frustrating. Although the game features different racing levels based around the CCs of your kart, this is less an indication of the karts' speed than separate difficulty settings. I wish the title felt faster overall.

Weather can also come into play, whether track-wide or just a rain cloud over a specific racer 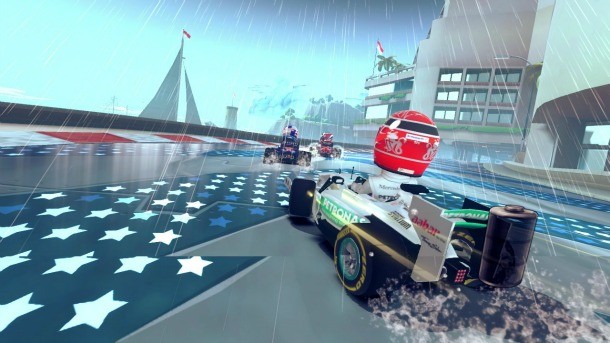 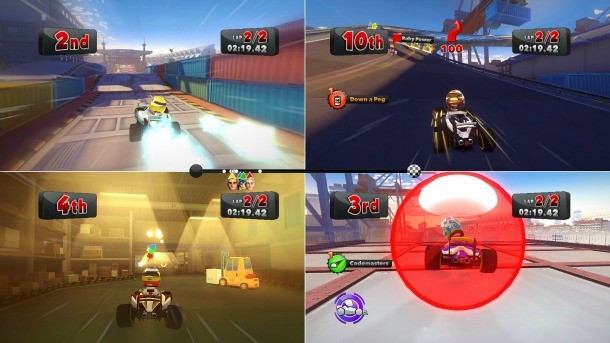 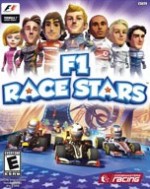