F1 2016 Drives Onto Console, PC This Summer With Returning Safety Car
by Mike Futter on May 27, 2016 at 03:21 AM
Publisher: Deep Silver
Developer: Codemasters
Release: August 19, 2016
Rating: Everyone
Platform: PlayStation 4, Xbox One, PC 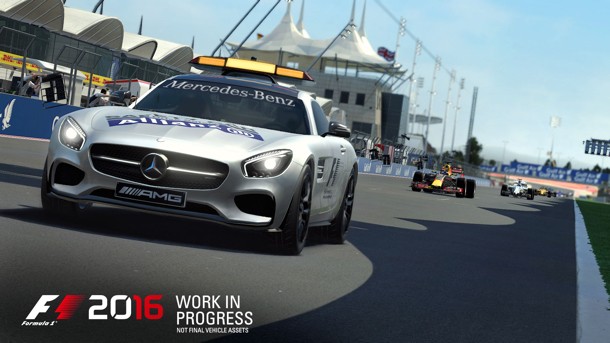 Codemasters and Deep Silver are hitting the track again this summer, with a new installment in the F1 franchise. F1 2016 will feature a new career mode that takes players through ten years of events.

Career mode begins with the selection of an avatar and car number. Players will be able to choose any Formula One team to join, and each will have its own personality and performance expectations. As you race and improve, you’ll be able to take contracts with other teams or stick it out with your first choice.

Other additions this year include the safety car and the relatively new virtual safety car implemented in recent years. Codemasters says that more improvements will be detailed leading up to release. The 2016 version will also include the Baku, Azerbaijan street circuit.

You can check out the first in-game screenshots below. F1 2016 will be out for PlayStation 4, Xbox One, and PC. For more on the series, you can check out our review of last year’s game.