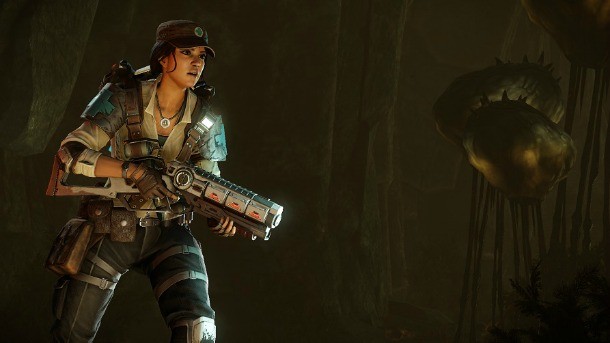 Evolve developer Turtle Rock Studios has just announced the game's third and final medic, Caira (who is also the only playable character from Earth). Described as the smartest of all the hunters, Caira's mission on the planet Shear is to learn as much as possible about the mysterious Monsters. To do that, she is going to have to help hunt them down. She's also one of the most versatile characters, with the ability to heal, buff, and deal massive damage.

Her first weapon is her healing grenades, which affects a small area, making her the only medic than can directly self-heal. She also has napalm grenades that deal massive damage to the Monster, and set him on fire causing damage over time.

Finally, she has adrenaline boost which causes all nearby hunters to move faster, perfect for rushing the monster early or escaping a deadly attack. Check out the gameplay video below to see her skills in action.

For more info on Evolve be sure to check out our previous stories, as well as our cover hub from a few months back. Evolve will release on PlayStation 4, Xbox One, and PC on Febraury 10, 2015. 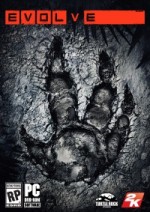