The first time I played DICE’s freerunning first-person game, Mirror’s Edge, I immediately wished more FPSs featured the same fluid movement. After getting my hands on Techland’s zombie-infested horror game, Dying Light, it became clear the developers shared similar feelings. The next- and current-gen title mixes Mirror’s Edge shoulder button mobility with Dead Island’s weighty combat. Flowing through the environments and maiming the undead feels like it should.

The shantytown environment in the hands-on demo looks familiar to the area Techland detailed during a previous presentation. I begin by learning the ropes in a small gated area filled with stacked crates. Jumping, climbing, kicking, and attacks are all mapped to the shoulder buttons. This layout makes it easy to hold down the climb button while moving freely around the environment and automatically mantling over obstacles. An extra click of the same button makes the character jump through the air. After getting a feel for things I climb a telephone pole and leap to a nearby balcony.

Once I’m free of the confines of the training area, I climb the nearest roof. A huge skyscraper looms in the distance. This zombie-infested building is rigged with explosives set by the survivors, but something went wrong before detonation. My goal is to track down my MIA friends and figure out what happened. A small quest icon pops up on the minimap, which so far is much cleaner and more helpful than Dead Island’s wonky pathfinding.

I hear a man screaming as I land on a nearby rooftop. A yellow sidequest icon pops up on my minimap, inviting me to discover the source of the yelling man. After some hunting I drop down on a balcony and gain entrance to an apartment. A zombie pounds on a closed closet door as a man hollers from within. I hold down the attack button, wind back my axe for a charge attack, and obliterate the monster. The rescued survivor thanks me and offers some cash. Techland says optional diversions like this will bubble up throughout the game.

I get back on track with my destination, cutting through a train yard on the way. I swap from my axe to a sledgehammer to have some fun with the hordes there. A quick button press delivers a crushing blow, charging the attack unleashes a crowd-clearing spin attack. I leap off a train car and smash the ground with the hammer to knock zombies back with a shockwave attack. I pull out a handgun to test out the gunplay. Aiming from the hip and lining up headshots feels alright, but not nearly as satisfying as melee combat. The gunshots excite waves of nearby undead. Special, extra-speedy zombies break out of the shambling pack to pursue me. These fast foes can climb over obstacles in pursuit. I clobber a few of them with my baseball bat and start running.

I finally make it to my objective on a highway overpass above the town. A squad of armored men carrying melee weapons stand over a collection of corpses, one of which should be my deceased ally. I take a few shots with my handgun and take out one of the goons while the other one rushes me. Players can grab and toss enemies in Dying Light by pressing a button and aiming an analog stick. I use the ability to toss the remaining bad guy off the highway. I begin inspecting corpses, hunting for my fallen comrade. After flipping over a few destroyed zombies I find him. The detonator for the bomb-rigged building is nearby. Our hero presumably triggers the bomb sometime later, but the demo cuts ahead to night time here.

I’m zapped back to the train yard atop a car. It’s after dark and the zombies are all more agitated and agile. I use a sonar-like ability – a benefit of having infected blood – to see which undead are turning into even more bloodthirsty killers. These ferocious enemies possess the same parkour agility as the protagonist, resulting in a tense sprint back towards the headquarters. I use a shoulder button to toss bait on the ground, temporarily distracting my pursuers. Fleeing from dozens of zombies in the dark puts your free-running to the test. The pressure gets to me and I fumble my jumps several times. Getting cornered by the droves of undead is as stressful as it sounds, but thankfully players can run and leap over a zombie’s head to clear the crowds. I very nearly reach the home base before the demo ends.

Dying Light’s Mirrors Edge-esque controls are shaping up to empower players like few zombie games have, but this is counter balanced by some incredibly difficult nighttime sequences. We still have to wait to learn more about the four-player co-op and other playable characters, but I’m happy Dying Light plays as well as it does this far from its release on 360, PS3, PC, Xbox One, and PlayStation 4 near the end of the year. 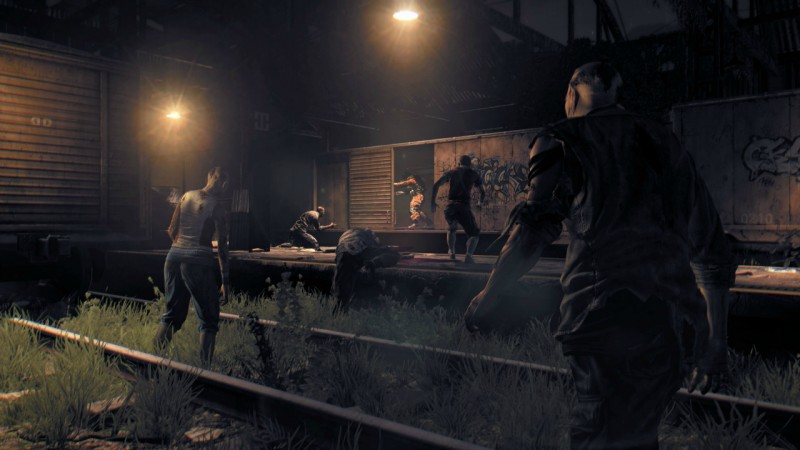 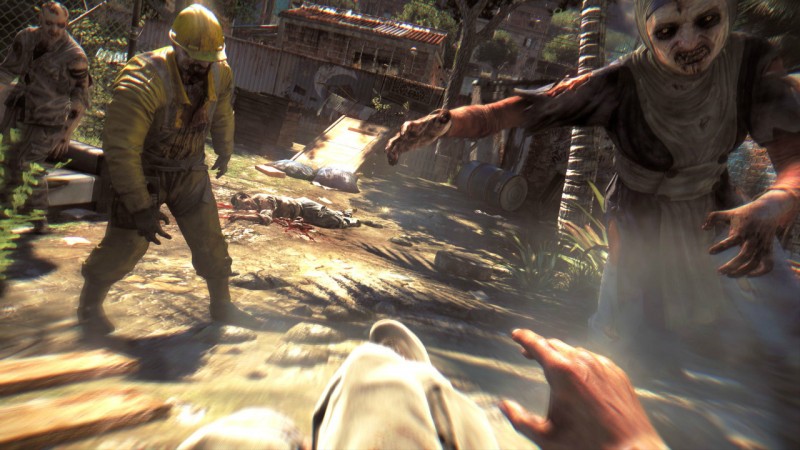 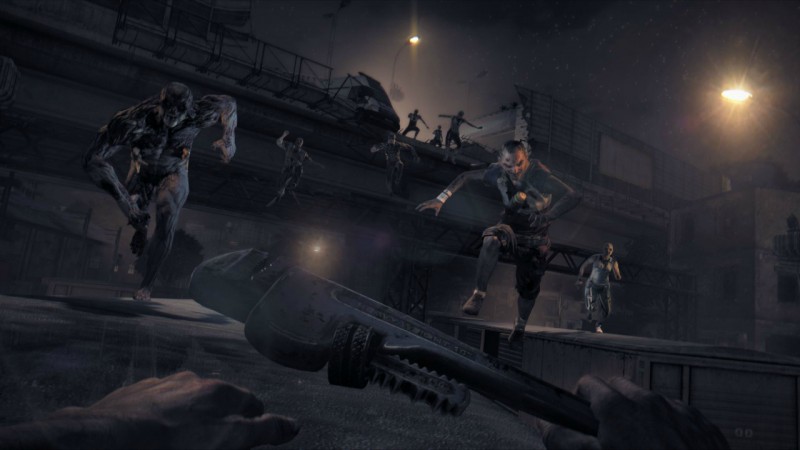 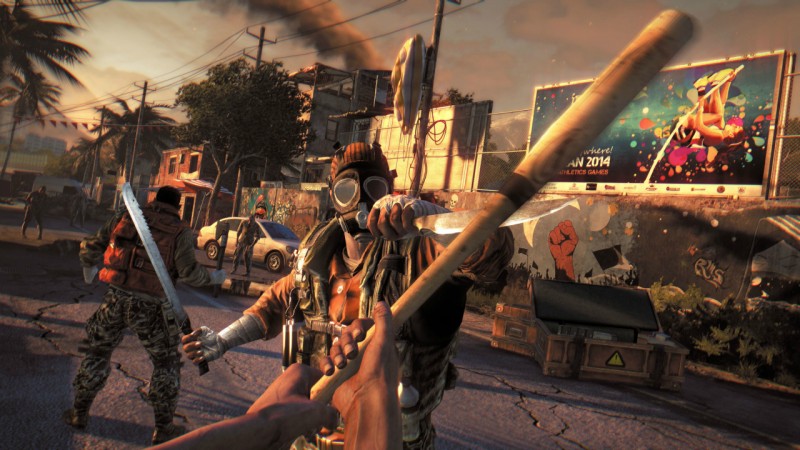 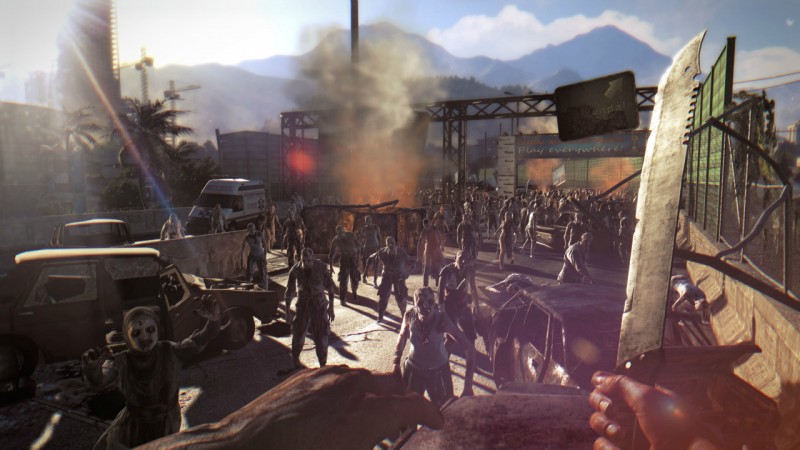