This might be the most misleadingly named game of 2011. Dungeon Siege III is being developed by a different studio, marketed by a new publisher, and draws little from the first two games except for backstory. Don't let that discourage your interest, though. Our hands-on time with the first two hours of the game revealed an action/RPG that plays like Baldur's Gate: Dark Alliance with a splash of Mass Effect.

Whichever class you choose to play as, you'll meet up with the others in the game's first hours. We only had the opportunity to check out the Guardian class, embodied by fantasy hero archetype Lucas. Our enemies are rent asunder by giant sweeps of Lucas' massive two-handed sword or dissected by the focused strikes of his sword-and-board style, depending on the encounter – each setup shines in certain situations, and switching between the two is a shoulder button away. Each slash fills our power bar, which can be drained to effect radical change on the battlefield via impressive powers like path-clearing sword dashes that one-shot most rank-and-file enemies. All the while, loot and experience rain down upon us like champagne in a playoff clubhouse.

Filling the power bar (by rocking face in the normal way) and emptying it (by wrecking half the bad guys on screen with one attack), and flipping effortlessly between combat styles keeps battle fresh. Any time there were bad guys on the screen, I was happily engaged in ruining their days. Unlocking new powers as you level and equipping ever more powerful bits of loot isn't any less fun here as it has been in the dozens of action/RPGs you've no doubt played over the years. Obsidian has a lot of polish work to do – and it's not a studio known for smooth, bug-free games – but this solid hack n' slash core is promising.

To Obsidian's credit, Dungeon Siege III's world is laid out more like a quest hub-focused MMO than a traditional linear dungeon crawl. The one hub I had the opportunity to visit had quests for various townsfolk sending me off in several directions. Each mission was a variation on "go here, kill this," but they worked well as excuses to poke around the many nooks and crannies of the expansive map. There will be fast travel between quest hubs via a kind of astral causeway, but it wasn't enabled in the preview build I played.

It may seem like I’m skipping the story, but you can fill in the blanks of this fantasy adventure Mad Lib yourself. You've got your evil sorceresses, corrupt chancellors, wise sages, and conniving mercenaries. Lucas' childhood home is shockingly burnt to the ground in the opening cutscene. The simple townsfolk cry out for a savior to deliver them from evil that threatens to engulf the very world itself. Obsidian has told interesting tales in the past (Star Wars: Knights of the Old Republic II, Fallout: New Vegas), though, and the Mass Effect-like conversation wheel could enable interesting dialogues. The storytelling I saw during this preview left little impression on me, good or bad.

No action/RPG is complete without co-op, and this is where Dungeon Siege III has a chance to shine. Drop-in, drop-out cooperative play is available from the beginning, online or off. The main thrust of the plot will follow whomever the lead character is, with the second player taking on the role of a generic member of one of the other classes who just so happens to have the exact same skills and equipment as the story character of the same class, who replaces the unnamed fill-in when the main character meets up with them in the storyline. Whenever a second player isn't present, the AI takes over for the companion. Unfortunately, you can't switch between your protagonist and his or her buddies in single-player.

Dungeon Siege III has a great underlying design, so a future in which Obsidian gets its technical ducks in a row and takes the plot somewhere interesting after the intro is quite possible – and quite desirable for gamers. 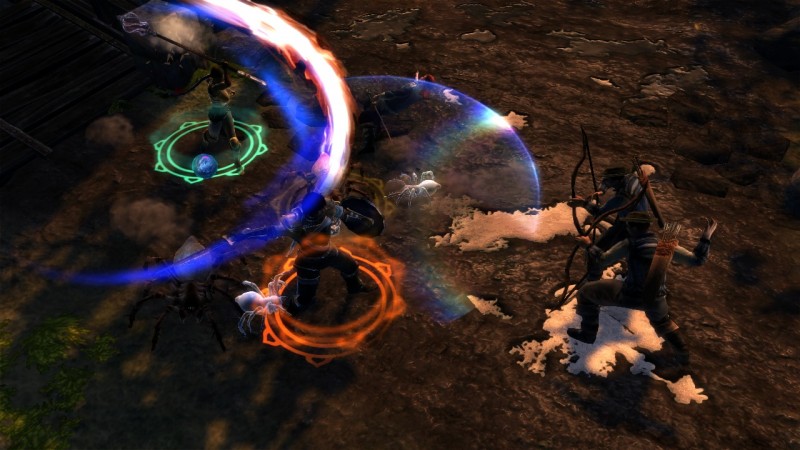 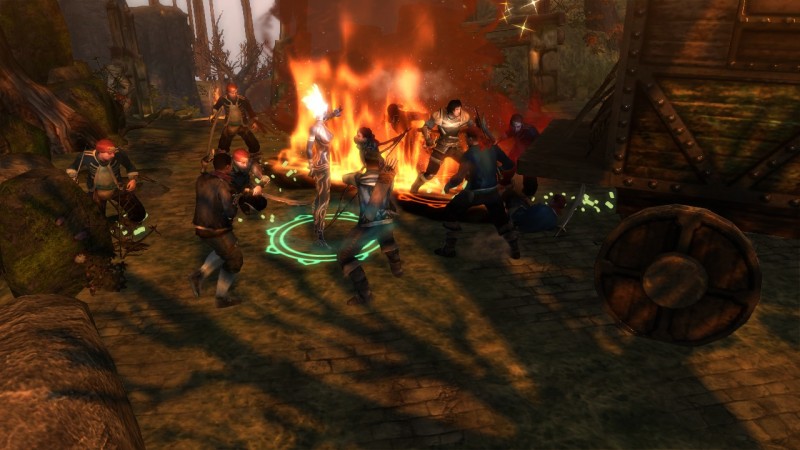 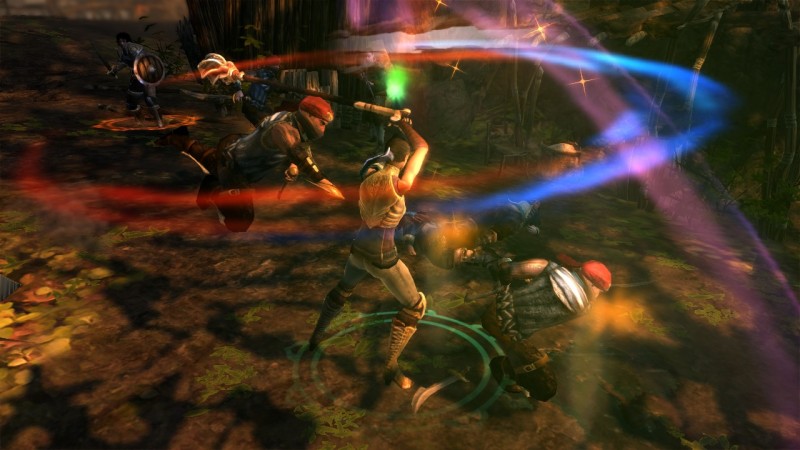 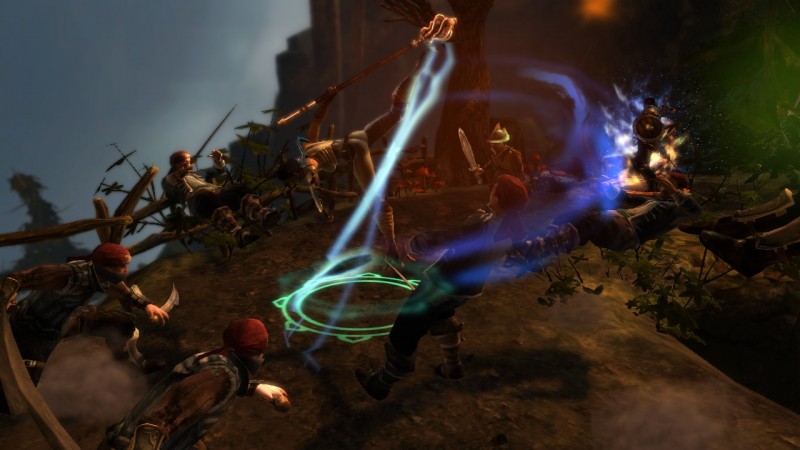 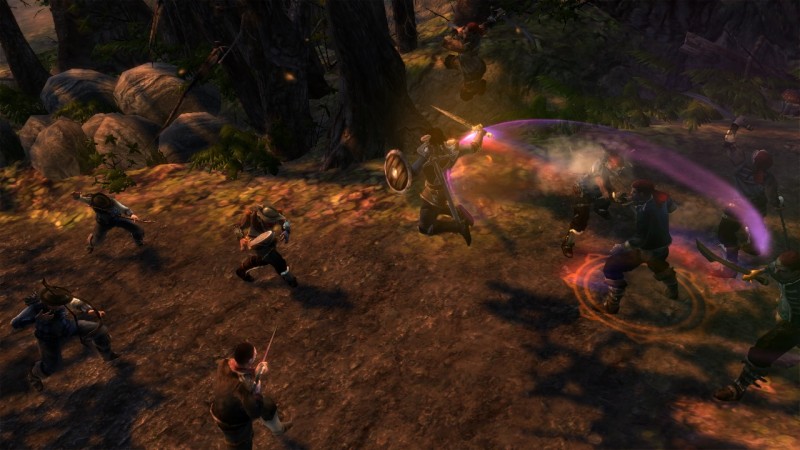