When Sony made the decision to put off Driveclub’s release to 2014, the reactions were mixed. Many wondered why the delay was necessary, hoping to see more of the game in its current state.

On the Driveclub Facebook page, the team at Evolution studios has shared three short videos. These were all captured directly on the PlayStation 4 and are labeled as “PS4 Share Moments.” Each is very brief, but shows off the current state of the title.

The notes suggest that Evolution will be spending its extra time working on the AI, improving lighting, tuning up the audio, and enhancing the reflections in the in-car mirrors. Driveclub doesn’t have a fixed release date at this point, with Sony only committing to “early 2014.” 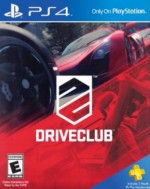