Bandai Namco Announces Dragon Ball Xenoverse 2, Exclusively For Current Gen
by Jeff Cork on May 17, 2016 at 04:51 AM 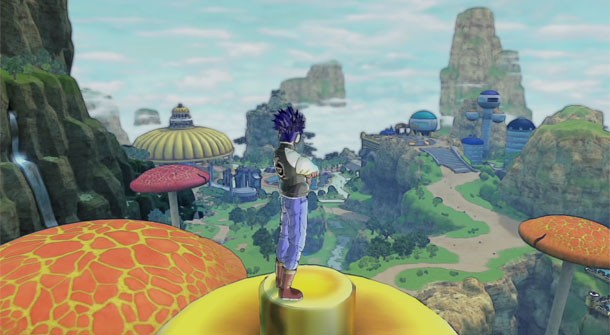 Bandai Namco has announced a sequel to Dragon Ball Xenoverse is coming in 2016, exclusively for current-gen consoles and PC. A new trailer shows several characters from the game, which are drawn from Dragon Ball movies, and shots of the new hub city.

The trailer shows a clip from specials Bardock – The Father of Goku, The History of Trunks, and briefly shows Lord Slug, from the movie of the same name, implying that they will be part of the game's story. The new hub city appears to be on Snake Way.

Kyle said in his review of the original game that it was fun, but flawed, but that the premise had potential. Hopefully, the transition to more powerful hardware will allow the game to move in a bolder direction. We placed the PlayStation 4 version of Dragon Ball Xenoverse alongside the PlayStation 3 version of the game to see if we could tell a difference and the two are nearly indistinguishable.

More details will be coming from E3, which takes place next month.