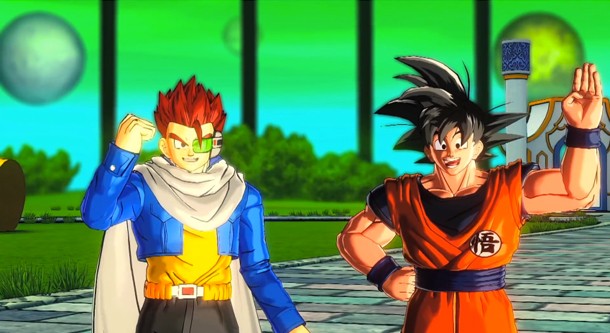 At about three times the length, this extended version of Dragon Ball Xenoverse's TGS trailer has a lot more to share.

The game's story revolves around a player-customized character working their way through the Dragon Ball Z timeline and correcting errors as the gods who shape time struggle to retake control. There is a huge amount of customizations and items for the player character to unlock, and the trailer also details an online hub-city where players can train with notable Dragon Ball Z characters, collect missions, and interact with other players. You can check out the new trailer below.

Dragon Ball Xenoverse is coming to Xbox One, PlayStation 4, Xbox 360, and PlayStation 3 in early 2015. For more on the game, head here.