Battle To Be The Strongest Warrior In The Universe In The New World Tournament Mode
by Sam Stewart on Oct 27, 2014 at 08:31 AM
Publisher: Bandai Namco
Developer: Dimps
Release: February 24, 2015
Rating: Teen
Platform: PlayStation 4, Xbox One, PlayStation 3, Xbox 360 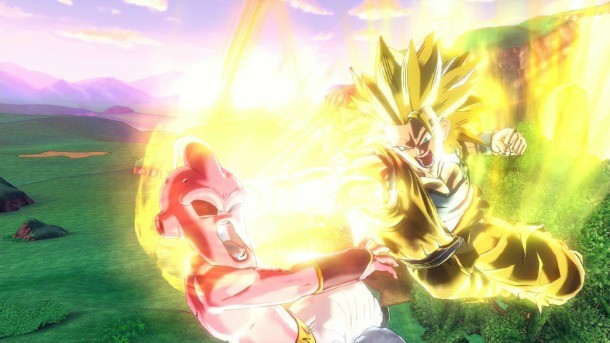 If you are a Dragon Ball fan you have probably been eyeing Bandai Namco and Dimps' upcoming title Dragon Ball Xenoverse. In case you were't already going to pick the game up immediately, Bandai Namco has offered some extra incentive, announcing a limited Day 1 Edition of the game. This version comes with an exclusive playable character (Super Saiyan 4 Vegeta), as well as two special Frieza Soldier Battle Suit costumes.

Dragon Ball Xenoverse will allow fans to explore the world of Dragon Ball as a fully customizable avatar. Players can take part in massive brawls in the new World Tournament Budokai Tenkaichi mode where fighters can gather to battle for the title of strongest warrior in the universe.

Dragon Ball Xenoverse will release on February 17, 2015, for the PlayStation 4, PlayStation 3, Xbox One, Xbox 360, and PC. Check out our preview from TGS here.

Note: This story originally identified the two day one edition costumes as being for Frieza. They are actually costumes representing Frieza's troop battle suits for customizing your created character. We regret the error.